This is Radio Shack #3169 at the corner of Harbor and Adams in Costa Mesa, California. I was the manager of this store in 1983-84, and now it’s closing down for good, along with the rest of the Radio Shack chain.

I hated it when people knocked after hours—it was always for some $1.39 kind of item—but I knocked anyway last night. The current manager is a guy named Carlos, and after I told him who I was he let me in and we swapped war stories for a while. I took his picture with his cell phone, then took one with my camera. We finished up, shook hands, and then he got back to replacing the “60% Off” banners with “80% Off” banners. It’s the end of an era. 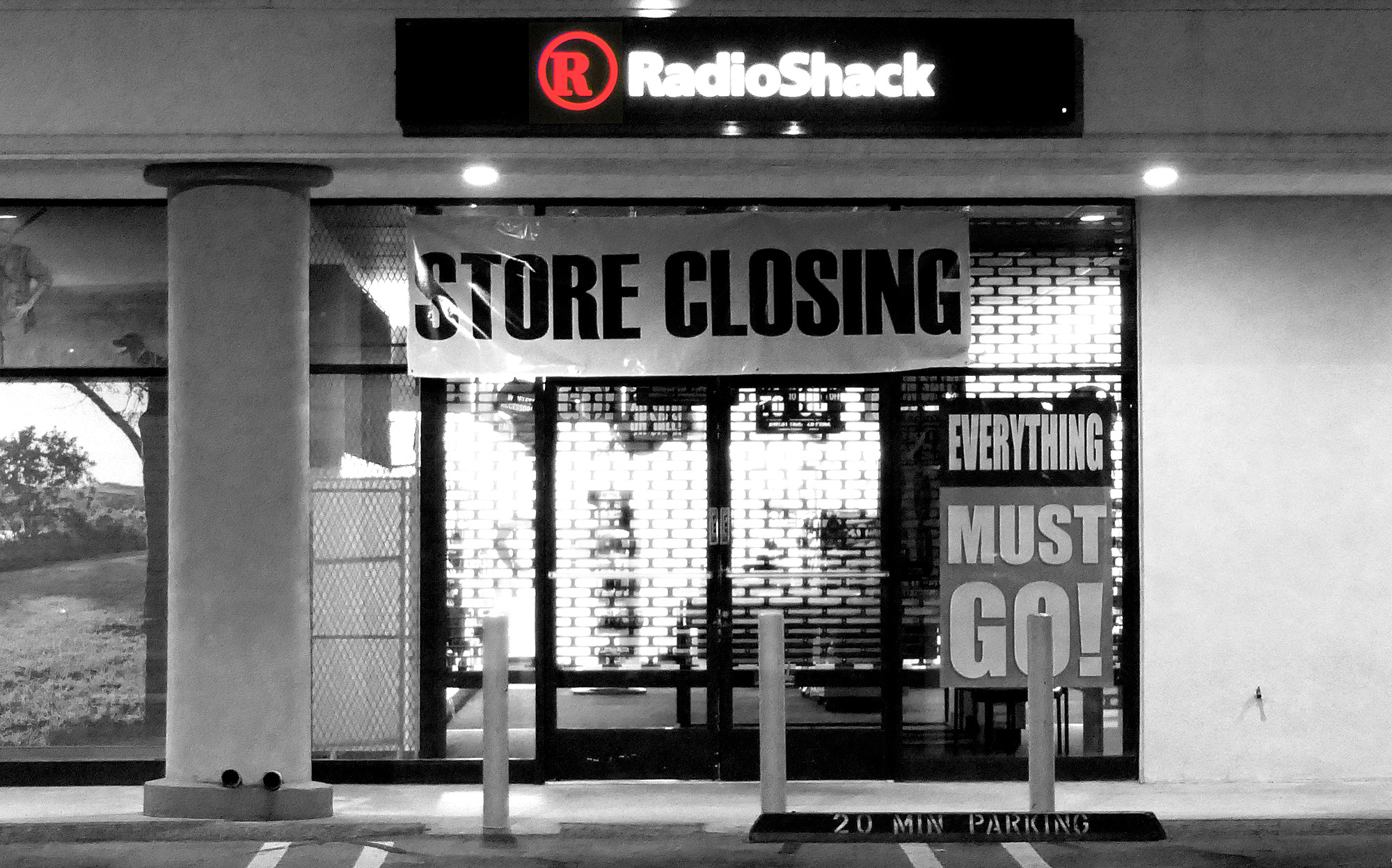 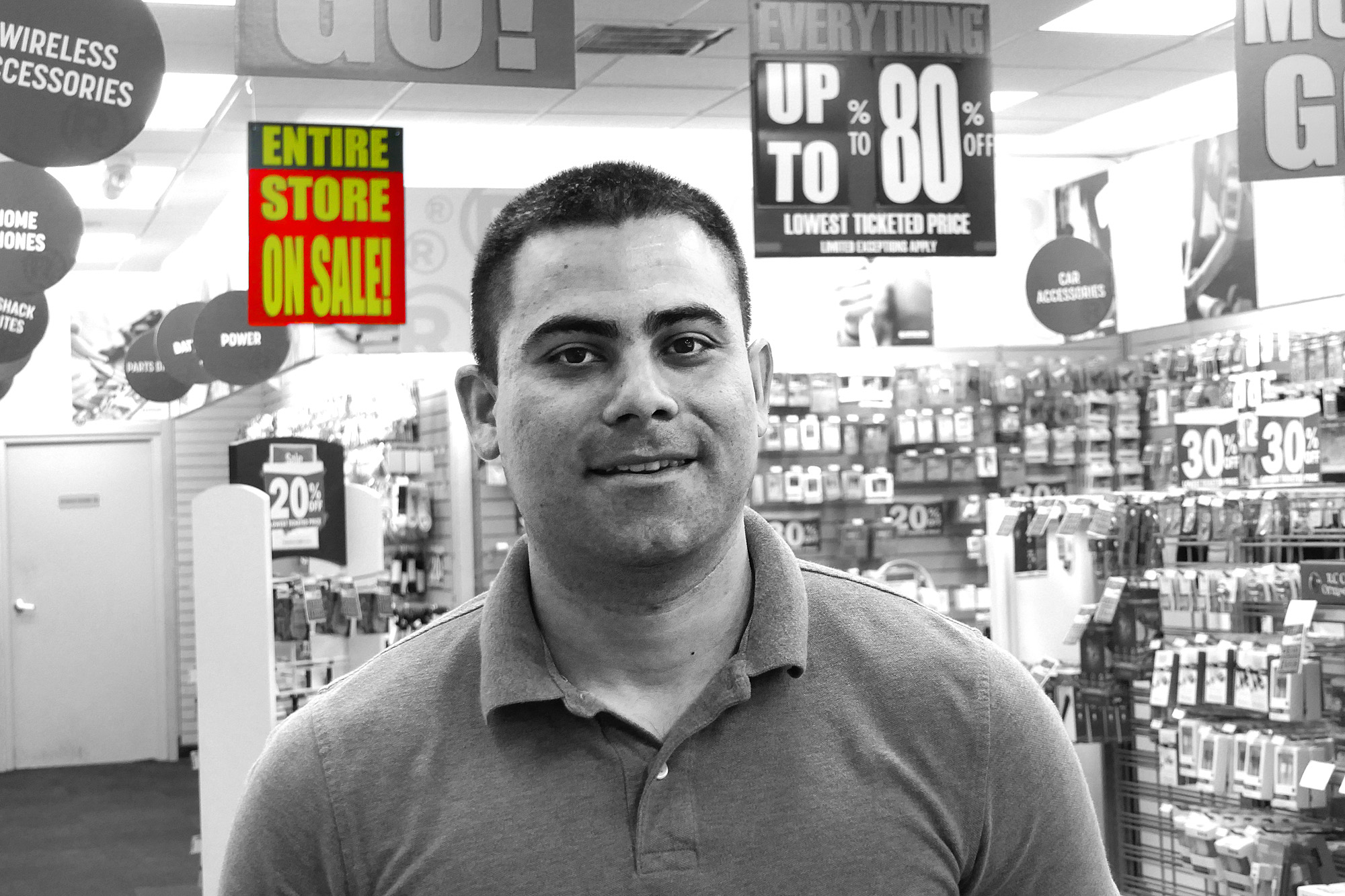