A few days ago the bird folks were showing off in comments by identifying tiny black specks over Huntington Beach pier as brown pelicans. So perhaps you’d like to see a non-speck version of a brown pelican? This one was part of a flock of a couple dozen that were flying big lazy circles off the coast this weekend. I had to use a pretty extreme amount of exposure compensation to adjust for the bad lighting, which is why this pelican doesn’t look especially brown, but be assured it really is a brown pelican.

The coast around here is full of brown pelicans, which is why so many housing developments nearby are named Pelican Point, Pelican Bay, etc. This is an example of the Law of Place Naming, which states that you name places after whatever species and/or activity you displace. Pelican Farms, for example, would be ideal for a place that had destroyed all the local pelican habitat and would never see a furrow plowed again. 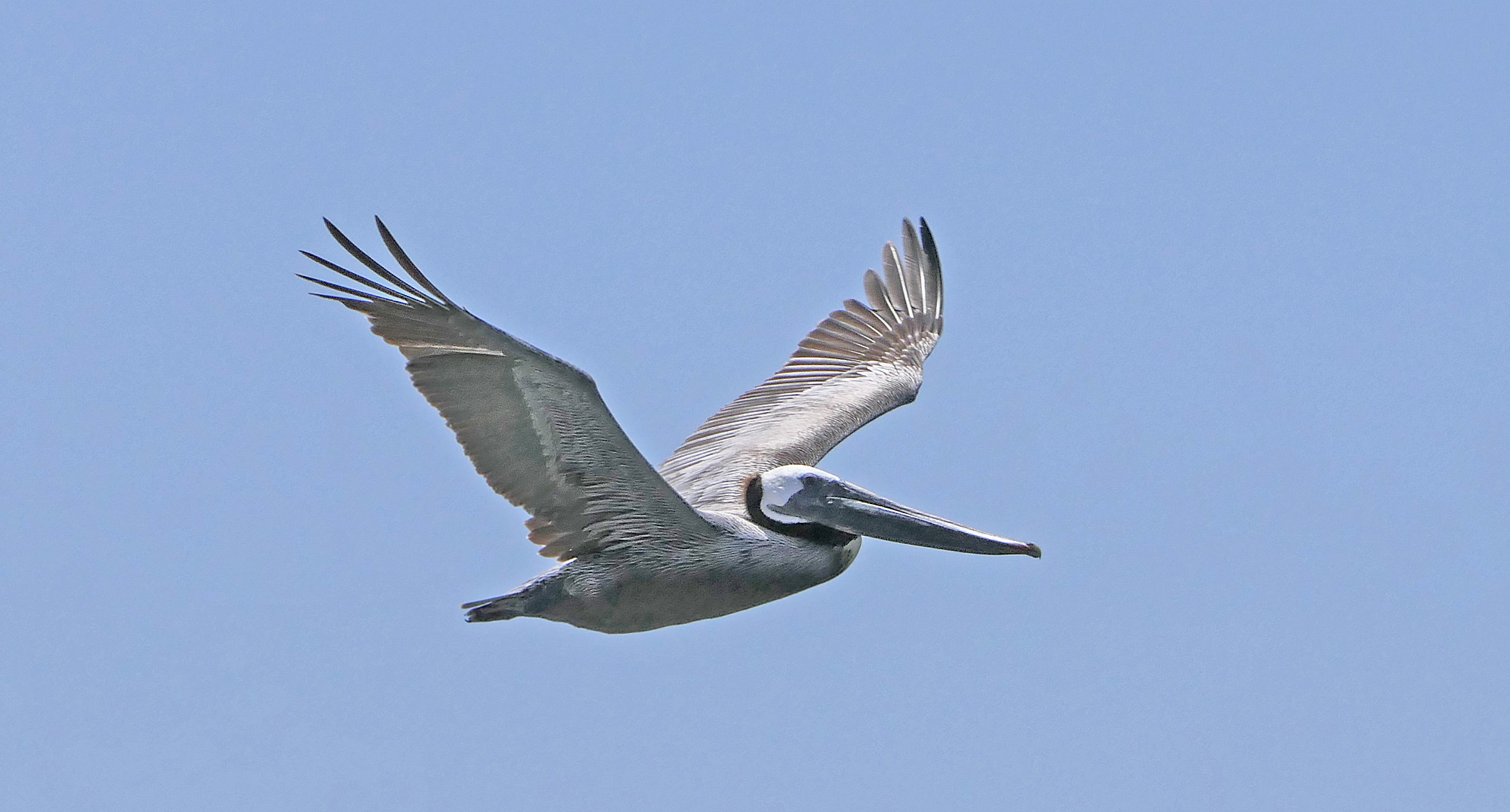