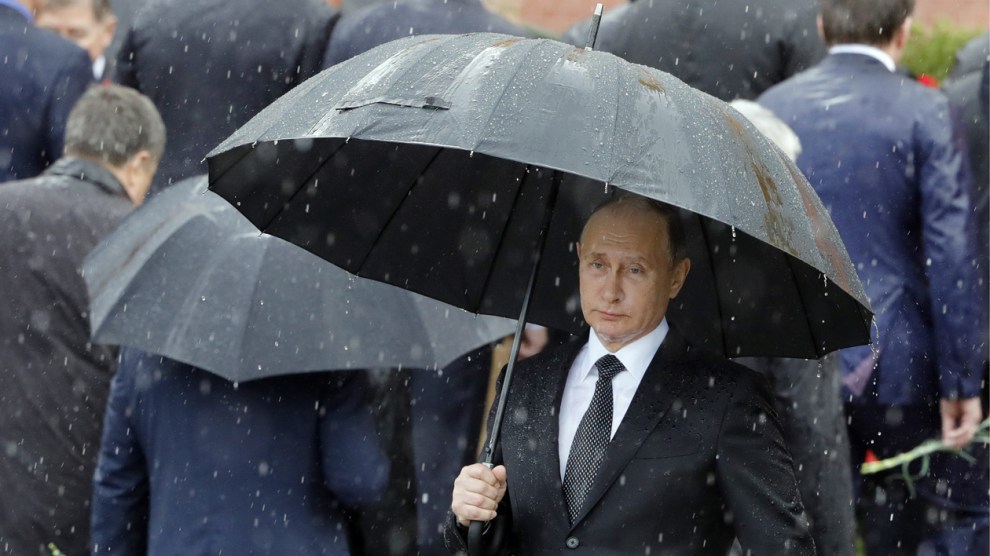 Early last August, an envelope with extraordinary handling restrictions arrived at the White House….Inside was an intelligence bombshell, a report drawn from sourcing deep inside the Russian government that detailed Russian President Vladi­mir Putin’s direct involvement in a cyber campaign to disrupt and discredit the U.S. presidential race.

But it went further. The intelligence captured Putin’s specific instructions on the operation’s audacious objectives — defeat or at least damage the Democratic nominee, Hillary Clinton, and help elect her opponent, Donald Trump.

….The White House turned to Congress for help….But Republicans resisted, arguing that to warn the public that the election was under attack would further Russia’s aim of sapping confidence in the system.

Key Democrats were stunned by the GOP response and exasperated that the White House seemed willing to let Republican opposition block any pre-election move.

This is from the Washington Post. Read the whole thing.