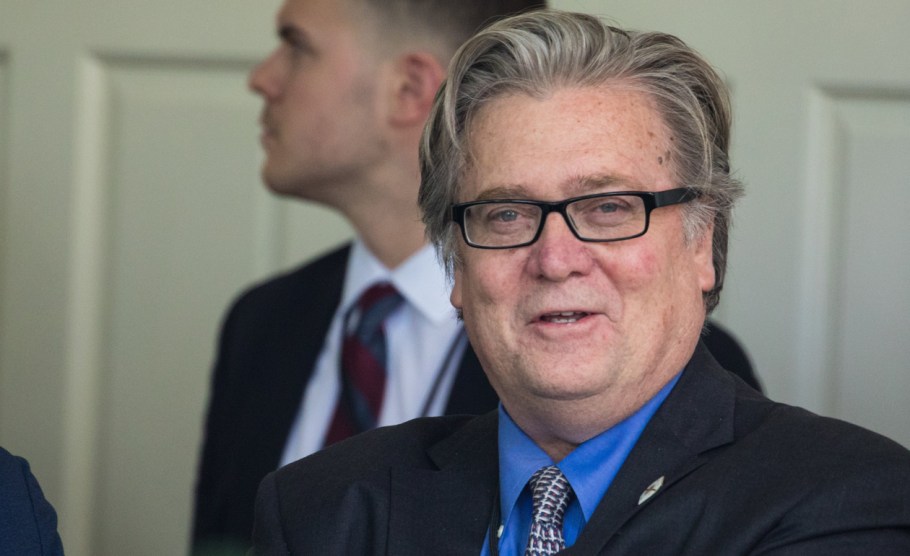 Apparently having learned nothing from Moochgate, Steve Bannon decided to call up the editor of the American Prospect yesterday to chew the fat. Mostly he wanted to shoot off his mouth about North Korea (nothing we can do, just have to live with it) and China (Sina delenda est). But he also had something to say about the news of the day. What do you think about combating racism and white supremacy, Steve?

“The Democrats,” he said, “the longer they talk about identity politics, I got ’em. I want them to talk about racism every day. If the left is focused on race and identity, and we go with economic nationalism, we can crush the Democrats.”

We sure have a charming bunch of folks in the White House these days, don’t we?

POSTSCRIPT: I can’t keep up with this stuff. It appears that Donald Trump’s personal lawyer got an email last night and decided to forward it to a bunch of administration officials and conservative journalists. According to the New York Times, it “echoed secessionist Civil War propaganda and declared that the group Black Lives Matter ‘has been totally infiltrated by terrorist groups.’ ” Plus this:

The email forwarded by John Dowd, who is leading the president’s legal team, painted the Confederate general Robert E. Lee in glowing terms and equated the South’s rebellion to that of the American Revolution against England. Its subject line — “The Information that Validates President Trump on Charlottesville” — was a reference to comments Mr. Trump made earlier this week in the aftermath of protests in the Virginia college town.

….The email’s author, Jerome Almon, runs several websites alleging government conspiracies and arguing that the F.B.I. has been infiltrated by Islamic terrorists….In a telephone interview, Mr. Almon said he sent the email to follow up on a phone call he had last week with Mr. Dowd.

FFS. Is there anyone close to Trump who isn’t a racist?