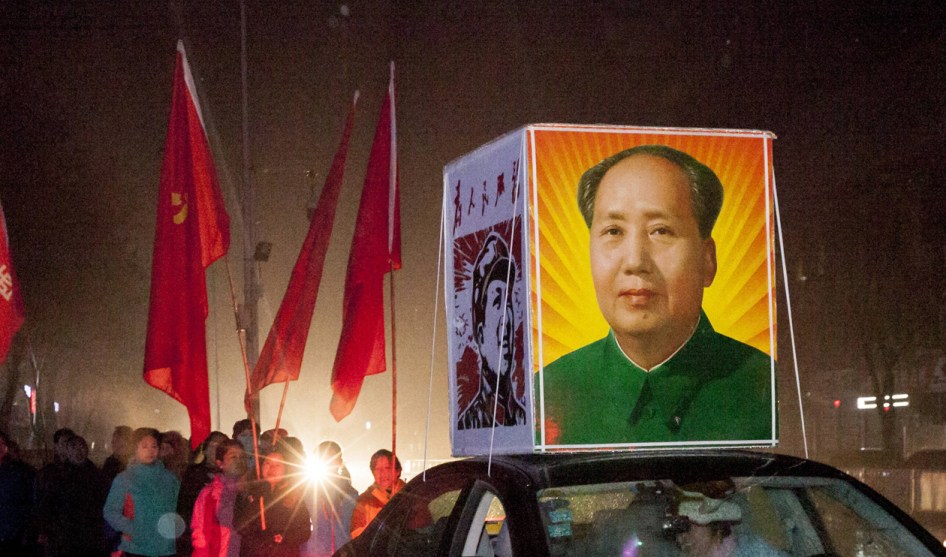 H.R. McMaster has been cleaning house at the National Security Council recently. In particular, last month he fired a protege of Michael Flynn named Rich Higgins for writing some kind of outrageous memo that eventually found its way to Donald Trump’s desk. Did Higgins deserve this just for an ill-considered bit of analysis? Today we can finally make up our own minds, because someone has leaked the full memo to Foreign Policy. Here’s how it starts:

BACKGROUND. The Trump administration is suffering under withering information campaigns designed to first undermine, then delegitimize and ultimately remove the President. Possibly confusing these attacks with an elevated interplay of otherwise normal D.C. partisan infighting and adversarial media relations, the White House response to these campaigns reflects a political advocacy mindset that it is intensely reactive, severely under-inclusive and dangerously inadequate to the threat. If action is not taken to re-scope and respond to these hostile campaigns very soon, the administration risks implosion and subsequent early departure from the White House.

I’d fire Higgins just for his turgid prose style, but maybe you think that’s too harsh. What does Higgins actually have to say? His thesis, it turns out, is that Trump is the target of a lethal, well-funded, and extremely disciplined attack from cultural Marxists who are employing “political warfare as understood by the Maoist Insurgency model.” It’s hard to figure out which part to excerpt to give you a good taste of his John Birch Society mindset, but here’s a bit of it:

While the attacks on President Trump arise out of political warfare considerations based on non-kinetic lines of effort (as discussed below), they operate in a battle-space prepared, informed and conditioned by cultural Marxist drivers….As used in this discussion, cultural Marxism relates to programs and activities that arise out of Gramsci Marxism, Fabian Socialism and most directly from the Frankfurt School. The Frankfurt strategy deconstructs societies through attacks on culture by imposing a dialectic that forces unresolvable contradictions under the rubric of critical theory….These attack narratives are pervasive, full spectrum and institutionalized at all levels. They operate in social media, television, the 24-hour news cycle in all media, and are entrenched at the upper levels of the bureaucracies and within the foreign policy establishment. They inform the entertainment industry from late night monologues, to situation comedies, to television series memes, to movie themes.

….While there is certainly a Marxist agenda and even Islamist motivations that must be seriously addressed in their own right, these motivations alone seem inadequate to explain the scope and magnitude of the effort directed against the president. The economic drivers behind the Marxist and Islamist ideologues are enormously influential and seek to leverage these ideological movements for their own self interests. While beyond the actual scope of this document, the benefactors of these political movements include; Urban Real Estate who depend greatly on immigrant tenants, International Banking who seeks to maintain US debtor status so as to control the application of American power, and elements of the business sector that depend upon immigrant labor or government infrastructure. The overall objective of these economic forces is the forced urbanization of the populace, thereby necessitating a larger, more powerful government. In summary, this is a form of population control by certain business cartels in league with cultural Marxists/corporatists/lslamists who will leverage Islamic terrorism threats to justify the creation of a police state.

Did you make it all the way through that? No? Shame on you. This is only a couple of paragraphs! There are seven full pages of this stuff in the full memo. Apparently Higgins never got the word that Trump doesn’t read anything longer than three or four bullet points.

This is bananas. It’s like a memo version of one of Glenn Beck’s chalkboard fantasias except that it was written by an actual White House official who works at the National Security Council. McMaster decided he didn’t want anyone at the NSC whose brain was full of gibberish like this, especially when he himself was pretty clearly one of the targets of Higgins’ conspiracy theorizing. So he fired him. Then he fired a few other people associated with the memo.

But there’s more. Apparently the memo was circulated widely, and eventually Don Jr. got hold of it. He passed it along to dad, who loved it. When he found out that the author had been fired, Trump was furious. And according to an inside source, “He is still furious.” The upshot of all this, according to the FP story, is that McMaster is isolated in the White House because, I guess, he’s one of the few people there who isn’t crazy:

Despite Higgins’s firing, McMaster’s difficulties inside the White House aren’t going away anytime soon — though he might. McMaster “doesn’t really have any allies,” said a source familiar with the NSC staff. “It doesn’t seem as though he has the ear of the president, which is obviously essential to his survival.”