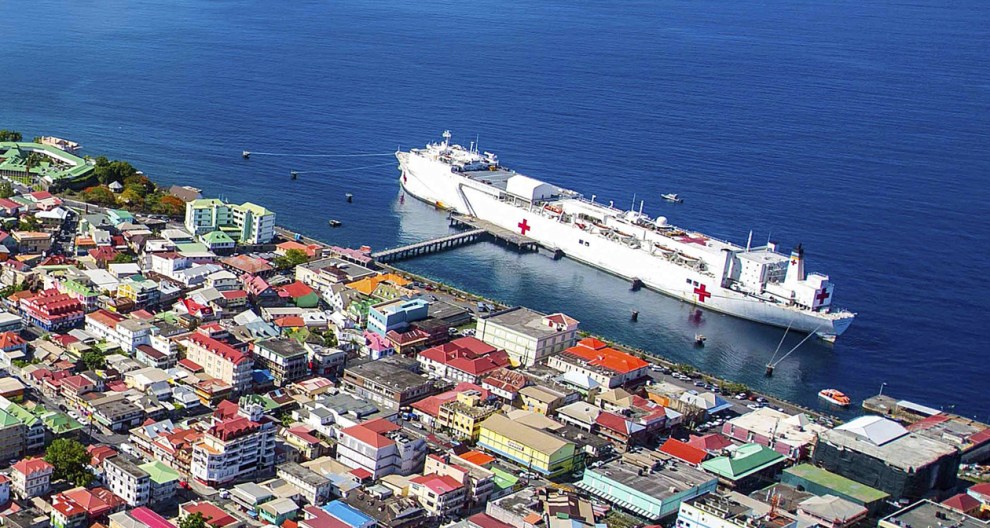 Three days ago Hillary Clinton used Twitter—America’s official outlet for federal policy proposals—to suggest that President Trump send the USNS Comfort, a naval hospital ship, to Puerto Rico. This was apparently one of many things Trump hadn’t bothered to think about while he was busy lashing out at black athletes. Once there, it would join the USS Kearsarge and the USS Oak Hill, amphibious ships that have already landed Marines on the island to begin rebuilding efforts. The Washington Post reports that Clinton got results:

….[Clinton’s] call to action took off, with a petition on the website Change.org garnering more than 100,000 signatures in three days and critics expressing frustration with the hashtag #SendtheComfort.

Since then, the call for the Comfort has come to symbolize something larger: A call for the Pentagon to send more.

It kinda makes you think we should have just eliminated the middleman and elected Hillary Clinton in the first place. I’m pretty sure she could have failed to repeal Obamacare too.