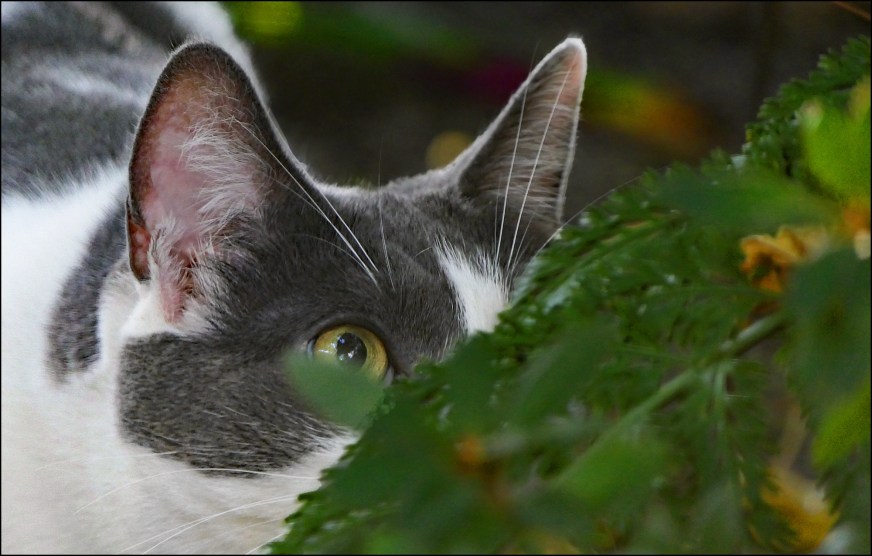 You think the kids these days are out of control? Pfft. Just wait until that hummingbird gets a taste of my mighty leap and razor sharp teeth. *That's* out of control.

I am sick again, with a reprise of the exact same stomach bug I had earlier this week. I’m pissed. What’s going on here?

Anyway, I feel too lousy to do any actual thinking, but this Noah Smith tweetstorm represents my view of the kids these days so perfectly that I have to pass it along. I probably would have added a caveat that I think there is a genuine lack of respect for free speech rights on campuses these days, but that’s about it. However, I don’t really have any idea how serious this problem is, so let’s just leave it alone for now and let Noah have the stage while I go back to bed.

NOTE: You can follow Noah at his blog here and at Bloomberg News, where he writes a regular column.

I’m trying to help save universities and students from SJWs. People like you are trivializing that struggle and its stakes. Why?

1/This is a good question. Let me see if I can try to answer it. https://t.co/swXjRREzsS

I have never ONCE encountered the kind of intolerant leftist stuff that you read about in The Federalist and The Daily Caller.

3/Does that mean that stuff doesn’t exist?

Of course it exists.

We all saw the Evergreen State videos: https://t.co/jLCbgz7QsQ

We’ve all read about the Reed College protests: https://t.co/SCfxom2NQy

4/But any behavioral economist knows about the Availability Heuristic: https://t.co/MZxrq7W2Ag

If you see reports of something 2 or 3 times, you tend to think it’s everywhere.

Sometimes it *is* everywhere. But sometimes it’s actually rare.

5/I’ve met countless lefty kids and lefty professors in my life. They are overwhelmingly the norm.

I have to ask: How big of a problem is this stuff really? How common is it really?

6/We have evidence that professors lean strongly to the left: https://t.co/xzHgcCYh7E

But this doesn’t mean they’re activists. My physics profs would sit around cursing the Bush administration. But so what?

7/More importantly, we have evidence that professors are a politically MODERATING influence, and that when students are radicalized, they radicalize each other: https://t.co/gKKaoznufD

The idea that leftist activist faculty are indoctrinating students to become radical lefties is just NOT supported by data.

9/And notice that all the scare stories you read about in the media, including Evergreen State and Reed College, are stories about STUDENT activists attacking their moderate-lefty professors.

Not about extremist professors leading the charge.

Student activists are a consistent, repeating phenomenon throughout all of modern history. https://t.co/o2TsZZzYTG

12/Protesting stuff is what college students DO.

What are college kids rebelling against? The answer, as always, is “Whaddya got?”https://t.co/qr8xLnKRfn

13/Did we shut universities down when students rioted in the 1960s? https://t.co/fwQVLBTeUU

A) left-leaning profs that do not indoctrinate students, and even act as a moderating influence, and

B) students who protest stuff, just like students always have and always will.

Is this cause for national outrage?

15/Now, I respect @JonHaidt‘s campaign for more ideological diversity in the social sciences. Get some conservative viewpoints in there, go ahead! Intellectual monoculture is boring. Have some real debates!

16/And sure, I do turn up my nose at the sociologists (and the increasingly small # of economists) who think political activism and scientific inquiry go well together. They don’t. Objectivity is important.

17/But let’s not kid ourselves.

Throwing a few conservative profs in front of a bunch of lefty activist kids will do precisely nothing to stop them from protesting stuff.

There were lots more conservative profs in the 60s, and students rioted plenty.

18/How do you stop students from doing lefty SJW activism?

You simply put rules in place to prevent protests from becoming violent or overly disruptive, and then you go on with life, and everything’s fine.

19/And meanwhile, let’s not fall victim to the Availability Heuristic.

Outrage over lefty campus protests is an intentional distraction from the real, important bad things being done (and being attempted) by the Trump Administration.

20/Right-wing media outlets like the Daily Caller, Breitbart, etc. are trying to find something that’s viscerally scary to conservatives, and shove in their face in order to distract them from the damage that Trump is doing to the country.

22/Remember: There are always a handful of people out there doing any stupid, crazy, or annoying thing you can imagine.

And the media has an incentive to find those people and shove their excesses in your face.

In this case, the reason is partisan.

23/So to answer @primalpoly‘s question: I just think this issue is overblown, and a distraction from more important things.