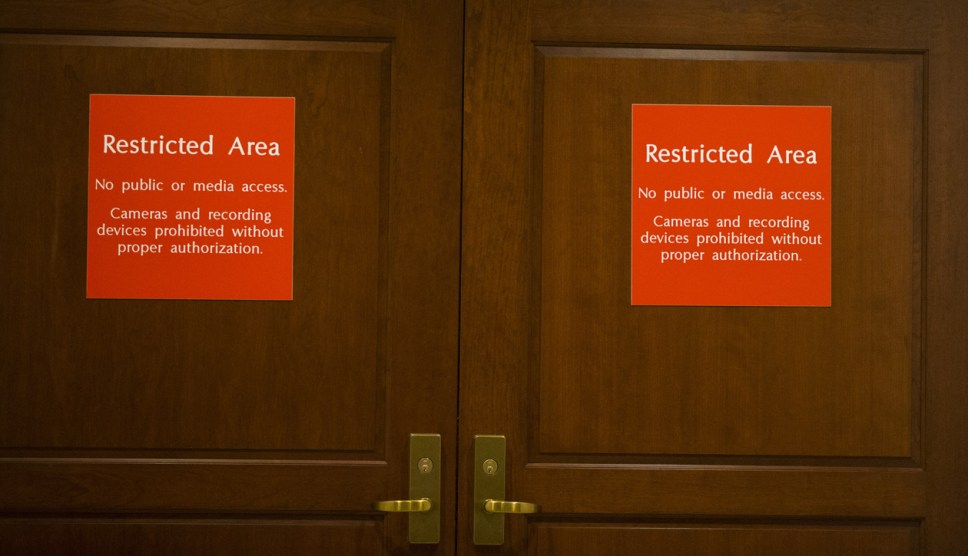 This is all you're allowed to know about Don Jr's testimony today.Alex Edelman via ZUMA

Donald Trump’s eldest son spent several hours under the klieg lights today testifying in front of the House Intelligence Committee. But he didn’t say much:

Donald Trump Jr. on Wednesday cited attorney-client privilege to avoid telling lawmakers about a conversation he had with his father, President Donald Trump, after news broke this summer that the younger Trump — and top campaign brass — had met with Russia-connected individuals in Trump Tower during the 2016 campaign. Though neither Trump Jr. nor the president is an attorney, Trump Jr. told the House Intelligence Committee that there was a lawyer in the room during the discussion, according to the committee’s top Democrat, Rep. Adam Schiff of California. Schiff said he didn’t think it was a legitimate invocation of attorney-client privilege.

I’m so tired these days. Unlike a lot of people, I recovered pretty quickly from Trump’s election. I didn’t binge eat or have trouble sleeping or find myself unable to concentrate on work. But over the past year he’s steadily worn me down. Every day we get more stuff like this. It’s completely insane, but there’s nothing much any of us can do except acknowledge it and move on. His cabinet won’t stop him. His family won’t stop him. The Republican Party won’t stop him as long as he keeps nominating judges they like. The Democratic Party has no power to stop anybody. And foreign leaders think he’s nuts.

Our country is being run as if the mafia won the presidency last year. There are still plenty of guardrails around to keep us from becoming, once and for all, a banana republic with nuclear weapons, but for how long? Do we really have to spend the next three years praying every day that the guardrails can hold up just a little bit longer?