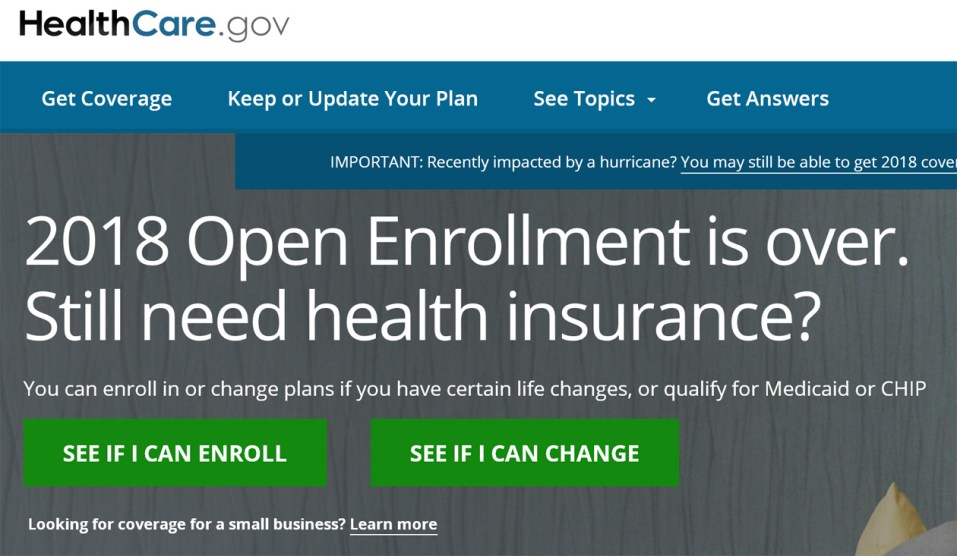 This is true, but only for the federal exchange. Many of the largest state exchanges are open for several more weeks.

This just came in from CMS:

Exchange open enrollment for 2018 coverage ended w/ approx 8.8M people enrolling in coverage. Great job to the @CMSGov team for the work you did to make this the smoothest experience for consumers to date. We take pride in providing great customer service.

Presumably this number is solely for Obamacare signups on the federal exchange, and it’s only slightly lower than last year’s 9.2 million. That’s not bad.

But wait. We already have 2.8 million signups via the state exchanges. That’s 11.6 million total, and many of the state exchanges are still open. California, for example, doesn’t close enrollment until the end of January. So signups on the state exchanges will surely finish up at—what? 3.5 million? If that’s the case, Obamacare would end up with total enrollment (federal + state) of 12.3 million, slightly higher than last year.

But wait again. Even on the federal exchange, enrollment is still open in states affected by hurricanes. It’s not impossible that Obamacare enrollment by the end of January could be as high as 13 million. We’ll see.

Maybe I’ve done some arithmetic wrong here. But it sure looks like Donald Trump’s efforts to sabotage Obamacare only made people more aware that it was out there and they should sign up for it.