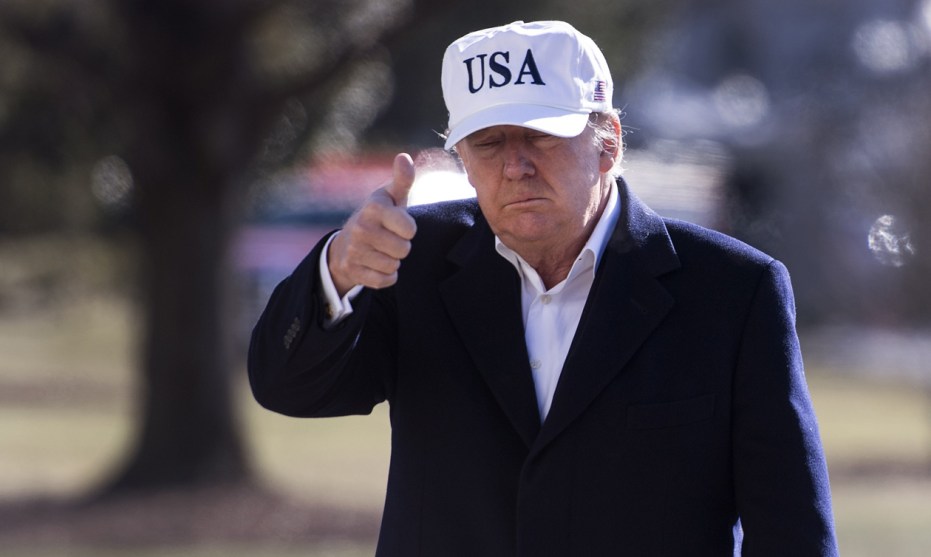 The White House is struggling to contain the national discussion about President Trump’s mental acuity and fitness for the job, which has overshadowed the administration’s agenda for the past week….Trump privately resents the now-regular chatter on cable television news shows about his mental health and views the issue as “an invented fact” and “a joke.”

….Some Trump allies voiced frustration that the White House does not appear to have implemented a full-scale crisis communications plan. “When you raise an issue like the mental acuity of the president, there is no organized effort to push back,” said one ally, who spoke on the condition of anonymity to talk candidly. “How do you disprove a fallacy?”

Actually, fallacies are disproven all the time. That’s why they’re called fallacies in the first place. In this case, it would be easy to disprove that Trump is a moron, and in a spirit of bipartisan magnanimity I’m going to reveal how to do it free of charge. Are you ready? Here it is:

Have Trump give a live TV interview in which he addresses policy issues in depth and shows that he has actual, demonstrable knowledge of a variety of topics. Points will be deducted for every meandering mention of (a) Hillary Clinton, (b) fake news, (c) his record-breaking election victory, (d) the FBI, (e) the unfairness of the Russia investigation, (f) his IQ, (g) collusion between Democrats and Russia, (h) how he personally turned around the economy, or anything else that’s so off-topic it’s not even in left field.

A bright high school senior could do this, so the bar is set pretty low. You don’t need a full-scale crisis communications plan. This is all it would take.