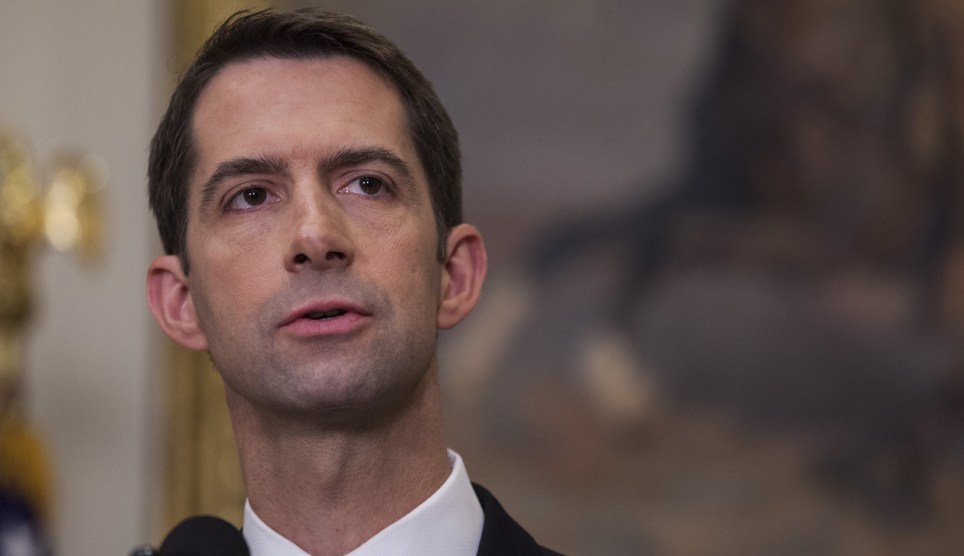 Over at National Review, Peter Spiliakos writes that Sen. Tom Cotton’s sterling hardline performance in the immigration standoff has strengthened his chance of being president someday:

He was the most effective Trump surrogate and has earned the “fighter” reputation that Cruz wanted so desperately. He needs a broader populist economic policy to go along with his support for transitioning to a system of high-skill immigration. He should work with Senator Mike Lee on pro-parent tax policy and with James Capretta on health care. A populism that is only about immigration isn’t populist.

This is a real question, not snark: what “populist” economic policies could a Republican nominee for president possibly support? “Pro-parent” tax policy is mostly just handwaving: usually a modest increase in the child tax credit and elimination of the marriage penalty. It’s peanuts. And no Republican has ever proposed anything in the same zip code as populist health care policy. Spiliakos mentions James Capretta, but Capretta is a standard issue conservative who champions “market-based” reforms like forcing consumers to pay a bigger share of their health care expenses; premium support for Medicare; high-risk pools; and killing off Medicaid in all but name. This may be conservative health care policy, but it would be wildly unpopular. There’s nothing remotely populist about it.

What else? Taxing the rich? That’s out. Support for labor unions. Please. Higher taxes on capital income. Not gonna happen. Government regulation to rein in the cost of pharmaceuticals? Nah. Free college for everyone? Nope. A higher minimum wage? Not a chance. Wage subsidies (the “thinking man’s minimum wage”)? That costs money, so it’s out of the question.

It’s popular these days on the right to simply declare policies they like to be populist, but that doesn’t actually make them populist. Anything truly populist is almost by definition something that corporations and the rich oppose, and that means Republicans will never be economic populists. Donald Trump sure isn’t, no matter how much he blusters about his love for the common man.