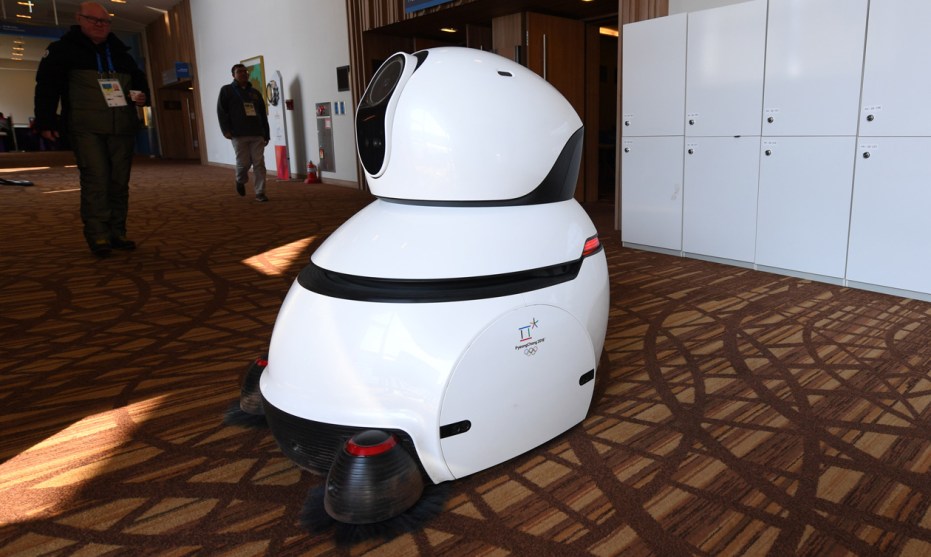 This is just a harmless little "cleaning robot." Sure it is.Kenjiro Matsuo/AFLO via ZUMA

Over the weekend, I heard the name Andrew Yang for the first time. Who’s that? Well, he’s running for president, and as the New York Times points out, he’ll have plenty of competition. There are likely to be a lot of people running in the Democratic presidential primary in 2020:

Only one of them will be focused on the robot apocalypse.

That candidate is Andrew Yang, a well-connected New York businessman who is mounting a longer-than-long-shot bid for the White House. Mr. Yang, a former tech executive who started the nonprofit organization Venture for America, believes that automation and advanced artificial intelligence will soon make millions of jobs obsolete — yours, mine, those of our accountants and radiologists and grocery store cashiers. He says America needs to take radical steps to prevent Great Depression-level unemployment and a total societal meltdown, including handing out trillions of dollars in cash.

That sounds great! If Yang is also in favor of spending a few billion dollars on lead remediation, he’d punch all of my hot buttons. Dean Baker, however, isn’t impressed with talk of massive job losses to robots:

Such mass displacement implies rapid productivity growth, presumably along the lines of the 3.0 percent growth the country saw in the long Golden Age from 1947 to 1973 and again from 1995 to 2005….In the years since 2005 productivity growth has been close to 1.0 percent.

….Somehow most reporting has failed to recognize the relationship between job-killing robots and GDP growth. If we do see the more rapid productivity growth envisioned by those concerned about job-killing robots, then deficits will certainly not be a problem. The country will be seeing enormous growth in its productive capacities and will need lots of spending to keep workers employed and fully utilize its capacity.

Quite right. It won’t happen for at least a decade, but eventually artificial intelligence will get to the point where it will, in fact, produce enormous productivity growth. And no, deficits will no longer matter. We won’t quite be in the mythical post-scarcity society of Star Trek fame, but we’ll be close. The main problem of economics will no longer be business cycles or inflation or trade deficits or even unemployment per se. It will be strictly about how to distribute the fruits of a society in which both human labor and capital stock are no longer of any value.

I imagine that Baker is being snarky in his response: if you really believe in the robot apocalypse, then why do you care about Social Security solvency or the federal deficit? You need to pick one or the other. But that’s a real conundrum, and one that I think about periodically. Here’s my answer: I do believe in the robot apocalypse and I don’t think Social Security solvency or spiraling federal deficits will be a long-term issue. By the time 2035 rolls around, our productive capacity will be so high that supporting the elderly will be a minor issue.

So why do I care about Social Security? Or deficits? That’s easy too: because I might be wrong. Basically, I support sensible economic planning as an insurance policy, and I’ll support it until the day that it literally isn’t necessary anymore. If I’m right, no real harm is done. If I’m wrong, we’ll have sensible economic policies to fall back on.