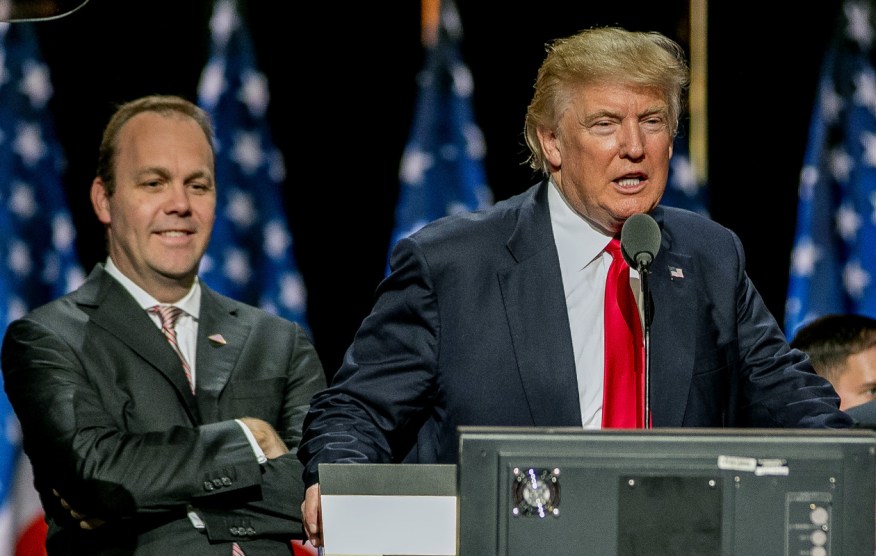 Rick Gates and his pal Donald Trump back in happier times.Mark Reinstein via ZUMA

Why was Donald Trump so irritable this weekend? Was it because his advisors told him that playing golf would make him look insensitive after Wednesday’s school massacre in Florida? Maybe. Or maybe he had some idea beforehand of this report from the LA Times:

A former top aide to Donald Trump’s presidential campaign will plead guilty to fraud-related charges within days – and has made clear to prosecutors that he would testify against Paul J. Manafort Jr., the lawyer-lobbyist who once managed the campaign. The change of heart by Trump’s former deputy campaign manager, Richard W. Gates III, who had pleaded not guilty after being indicted in October on charges similar to Manafort’s, was described in interviews by people familiar with the case.

This is all part of the money laundering charges against Manafort, and Gates may not have any inside dope to offer beyond that. Then again, maybe he does. Trump can bellow “NO COLLUSION!” as many times as he wants, but that doesn’t mean it’s so until and unless Robert Mueller closes the books on his investigation with no charges filed. Needless to say, Trump knows this perfectly well.