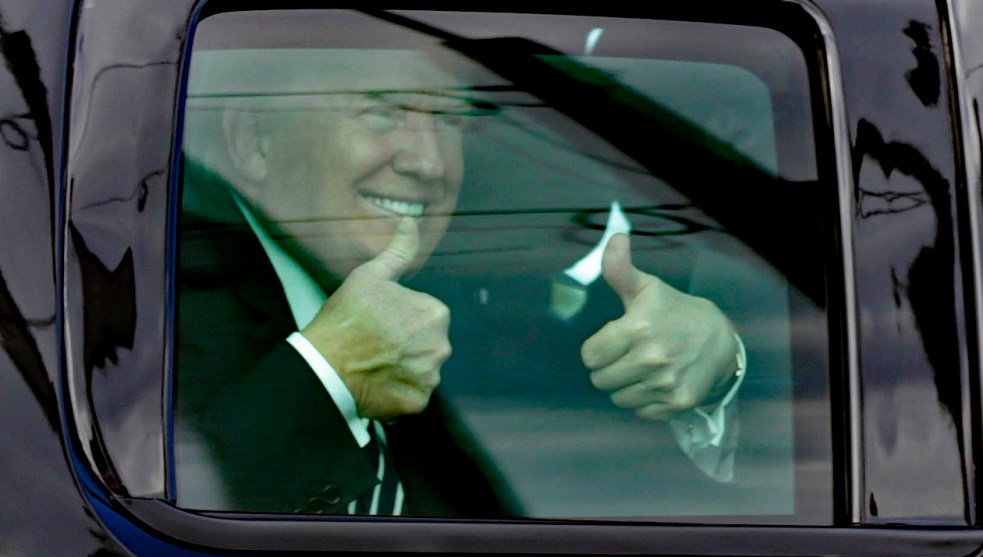 How is our president doing these days? Here’s a quick summary from media reports:

Politico: Chaos here, backlash there, shock everywhere … growing sense of despair … deep demoralization and discord … erratic … sullen and isolated … deeply suspicious of the people around him.

Guardian: Abandoned in a raging storm … fulminated … isolated, angry and ready to lash out … unchecked volatility … “angry and gunning for a fight” … erratic … morale is understood to be at an all-time low … increasingly isolated and mercurial … staggering from one crisis to another.

These stories must be rough on reporters. I mean, how many synonyms for “raging four-year-old” are there?

Actually, though, the true connecting thread running through all these stories is: sullen, isolated, abandoned, and alone. In the past, Trump tossed around vague orders and within a year or two a new golf course would open. He believes that was all due to his leadership, and the only thing different about the White House is that he’s got a different staff. So if things are failing now, it can only be the fault of the people working for him. His personality doesn’t allow him to believe anything else.

The result is predictable: when things start going south he lashes out at his staff as either incompetent or disloyal. Then he gets new staff. And when things keep going south the only possible explanation is that everyone is against him. And so he ends up sullen, isolated, abandoned, and alone.