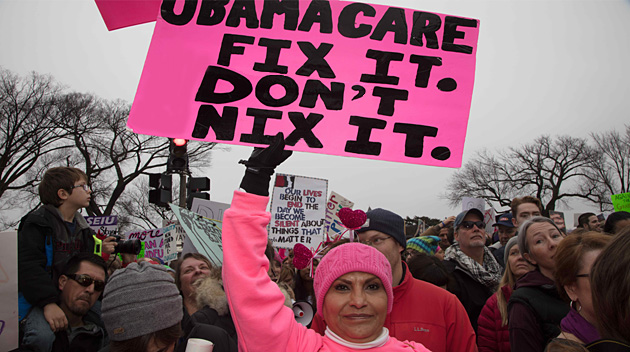 A couple of weeks ago I got into a Twitter conversation with Jon Walker, who writes frequently about health care issues. We got to discussing Obamacare and some of the ways that it failed in its design, and I asked him if he’d put together a top ten list of the kinds of things he was talking about. These are not ideological issues like the lack of a public option or subsidies that are too stingy. These are things that, even if you accept the basic design of Obamacare, simply don’t work the way they were supposed to.

I was interested in seeing this myself, and I figured my readers might be interested too. So here they are. I’ve split them up into two posts of five items each. The second post will go up in an hour or two.

This a pure nuts-and-bolts policy criticism of the design elements of the Affordable Care Act that judges the ACA only on its own terms. Even starting with the assumption that a marketplace of private insurers was the only politically viable option for expanding coverage, there is the problem that the ACA model was executed very poorly. Here are a few of the worst problems.

1. State control combined with zero direct incentives for the states to make it work

The ACA left much of the regulation of the individual market and the implementation of the exchanges to the states, but it gave states no incentive to perform these tasks well. State/federal partnerships are common and there is nothing inherently wrong with them, but they almost always offer strong incentives for states to use good oversight. For example, with Medicaid, states are responsible for paying a portion of their costs, so they have a strong incentive to keep Medicaid costs low. The ACA should have given total control to the federal government or given states financial incentives for keeping premiums low, but lawmakers chose the worst of all policy designs. There was zero political justification for this design mistake.

2. Punishes low income people if their state or county tries to make the ACA work

Even worse, the law actively punishes low-income people in states and counties which try to make the exchanges function well. ACA’s tax credits for the poor are based on the price of the second-lowest-cost silver plan, which means that regions with higher prices also provide higher subsidies. Perversely, it turns out that badly managed ACA plans produce premiums so high that the tax subsidies rise even higher—which produces a lower net cost for anyone who qualifies for subsidies. Conversely, in well-managed states like California, the net cost of a bronze or silver plan tends to be fairly steep.

In any market there is already a strong incentive for companies to try to develop local monopolies, but the ACA design supercharges this with its subsidies based on the second-lowest-cost silver plan. The low-cost insurer in a market can game this design by offering two low-cost silver plans, thus making it nearly impossible for anyone else to compete. California adopted plan standardization rules to reduce this problem and make shopping for plans easier. The Obama administration could have adopted similar rules for Healthcare.gov but chose not to. This is often worst in rural places where there are concentrated hospital markets, making it impossible for any but the largest insurer to negotiate decent rates, or markets where the dominant hospital network is the insurer. Of course, once an insurer has created a monopoly position, it can then use it to create a potentially massive windfall. The ACA was premised on the idea that more insurance competition should be a top goal, but its design encourages the opposite.

4. Designed to get worse over time

The exchange plans and subsidies are based off actuarial value (AV). An actuarial value of 70% means the average person pays 30% of health care costs and the insurer pays 70%. The problem is that if health care costs rise faster than inflation, consumers end up paying the price. If health care spending averages $10,000 per person, cost sharing is $3,000. But if premiums go up to $20,000, then cost sharing goes up to $6,000. Even if you believe that the subsidy structure of the ACA was sufficient to make care “affordable” for people with specific income levels at the time of its passage, the design assures it will slowly make care unaffordable over time. What’s worse, ACA’s design includes a “failsafe” mechanism that will reduce subsidies if demand for insurance ever gets high enough—as it’s likely to do during a recession. Cutting help during a recession is a terrible policy move.

The ACA allows insurers to charge older people as much as three times more than young people pay in premiums; this is called a 3:1 age band. Compared to requiring insurers to charge everyone the same price, this added some real administrative complexity, but it was done to prevent premiums for older customers from getting too high. This inevitably means that premiums for younger people will be higher than they would be otherwise, but this at least was expected. What wasn’t expected is that young people might end up actually paying more for health insurance than older people. However, thanks to the subsidy design, it’s often the case that the net cost of insurance is more for the young than for the old. At the same time, if your income is high enough that you don’t qualify for subsidies, then it’s old people who pay more. This is a perfect example of people designing complex policies without even understanding how they work together. Regardless of whether you think the young or the old should pay more, it ought to be the same regardless of income level.