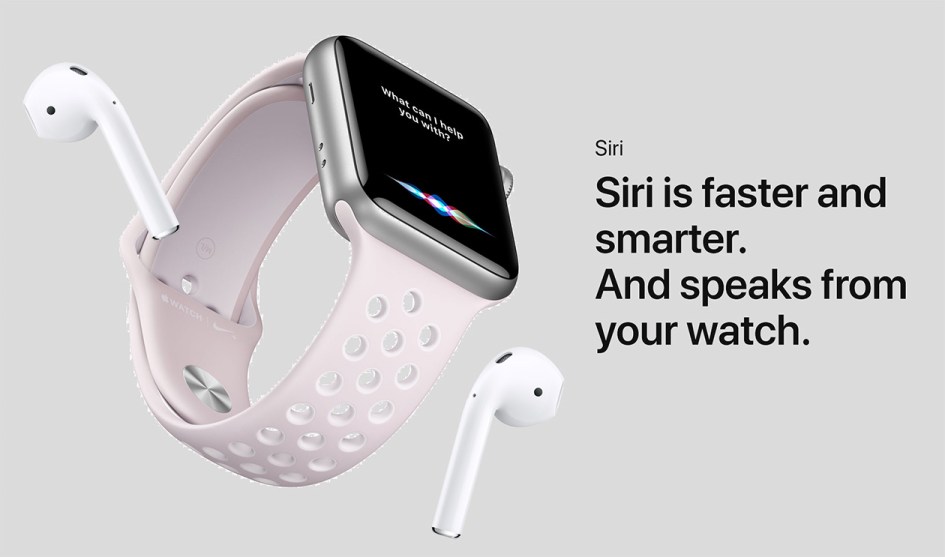 I spent Labor Day at a small party with some friends, and one of them mentioned that he’d given up on Android phones and switched back to Apple. In particular, he’d switched to the iPhone X and was totally in love with it. But it turned out it wasn’t really the phone he was in love with. “I really got it because I wanted the watch,” he told us. Christopher Mims says that my friend is part of a new wave that will power Apple’s future:

We are entering the third age of Apple. A PC company first, and now very much the trillion-dollar iPhone company, Apple Inc. is evidently in search of its next big thing….While the services that come paired with iPhones are themselves a substantial and growing part of Apple’s revenue, they will continue to need hardware to lock in customers. I’m placing my bet on a small but already thriving component of Apple’s portfolio: wearables.

In the company’s last earnings call, Apple Chief Executive Tim Cook said the company’s Apple Watch and AirPods headphones generated $10 billion in revenue across the past four quarters….The key is the portion of the company’s revenue that comes from services—a piece of the pie that’s been growing even faster than wearables sales. In 2017, “services” was already a $30 billion business at Apple, and in the company’s most recent quarter, it accounted for nearly $10 billion….All of Apple’s wearables are not only compatible with Apple’s services, but also seem designed to enhance those revenue streams. Consider the fact that a cellular-connected Apple Watch Series 3 can stream only Apple Music, or that Siri is the only smart assistant you can summon directly from Apple’s AirPods.

….Here’s how Apple maintains its edge and becomes the dominant wearables company: It makes the most capable and one of the most popular smartwatches in the world, but ensures that it’s not as useful without other Apple gadgets and services. Next, it repeats that logic for every class of wearable it eventually makes, be it headphones, glasses, health monitors or others. The result is a self-reinforcing halo effect, in which buying one Apple device pulls you into a whole world of Apple that is easier to remain in—and keep buying—than to ever leave.