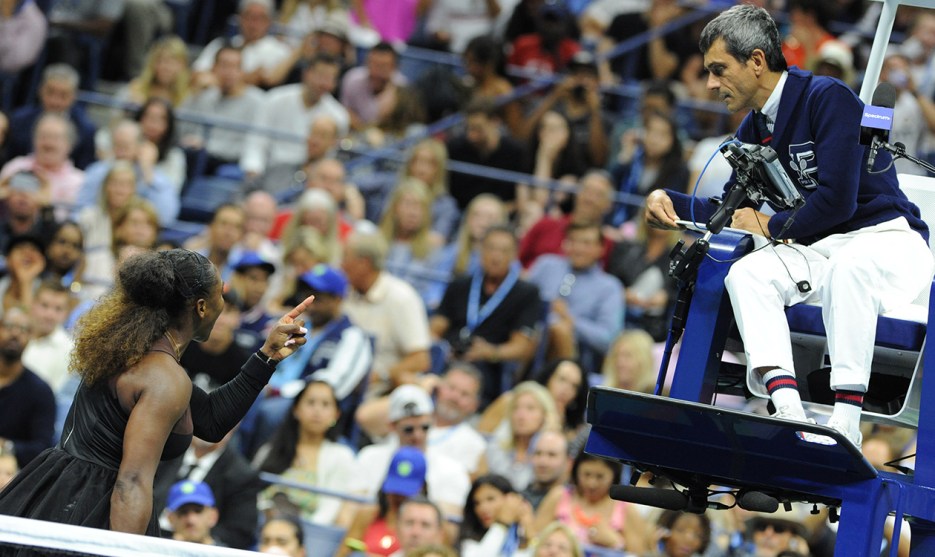 After Saturday’s great Serena Williams meltdown in the final of the US Open, I geared myself for what was inevitably to come: an endless parade of woke op-eds and online articles explaining that this was just another example of how hard women have it in tennis. Especially black women. Especially strong black women. Especially Serena Williams. There’s always the double standard. Always the demand for ladylike behavior. It’s scandalous and it needs to end. Now.

This came from all over, much of it from people who don’t play tennis and didn’t watch the match. They just knew that this was the appropriate response to anything bad that happens to Serena Williams. And so Twitter went nuts.

But I’m happy to see that over the past couple of days, as tempers have cooled, a few people have had the fortitude to suggest that maybe, just maybe, it was Williams herself who acted badly. Maybe the umpire did OK after all. Maybe men are treated about the same.

For those of you who didn’t watch the match (or did!) here’s a lengthy bullet list of what happened:

As many people have pointed out, Osaka was playing well and there’s a pretty good chance she would have won regardless. Osaka was up a break, 4-3, and had to hold her serve twice to win the match. After the penalty made it 5-3, it meant she only had to hold her serve once to win. We’ll never know for sure, but there’s no question she was in command of the match both before and after the penalty.

So what’s the conclusion from all this? First, Williams was out of line about the coaching penalty. It’s true that “everyone coaches” and it’s also true that it doesn’t get called a lot. But it does get called, and Mouratoglou’s coaching was far from subtle. The umpire did nothing wrong here.

Ditto for smashing the racket. That was an obvious code infraction.

And that leaves only the third code infraction. This is a judgment call. There’s no question that Williams was ranting and screaming. In one sense, calling a verbal abuse penalty was a no-brainer. On the other hand, it’s the tail end of a grand slam, and some umpires would have just let Williams run out of steam and then allow the match to play out. You could justify either approach, I think.

As for the charge of sexism, I don’t see it. I watch a fair amount of tennis, and I’ve seen men throw temper tantrums. I’ve also seen them get called for it. But with the caveat that I haven’t seen every temper tantrum in recent history,¹ Williams really did have a pretty epic meltdown. I haven’t seen anything like it that I can remember. The penalty may have been a judgment call, but it was a perfectly justifiable judgment call.

If you want to take Serena’s side on this, that’s fine. But please don’t do it on a knee-jerk basis. Williams’s behavior was atrocious, and the umpire, at worst, made a barely incorrect judgment call toward the end of the match. That’s it.

And by the way, now the umpires are pissed: “Stung by what they perceive as a lack of institutional support for the chair umpire who gave Serena Williams a game penalty late in the U.S. Open women’s final, which set off a firestorm of criticism, other umpires are reportedly discussing the possibility of boycotting her matches. Top umpires are also considering the formation of a union, according to a report Tuesday, in part because they are not allowed to discuss specific matches.” This ain’t over yet.

¹Please, please don’t bring up Ilie Nastase or John McEnroe. That was nearly 40 years ago, before the current code infraction system was even in place, and in fact, both of them frequently received penalties during play.