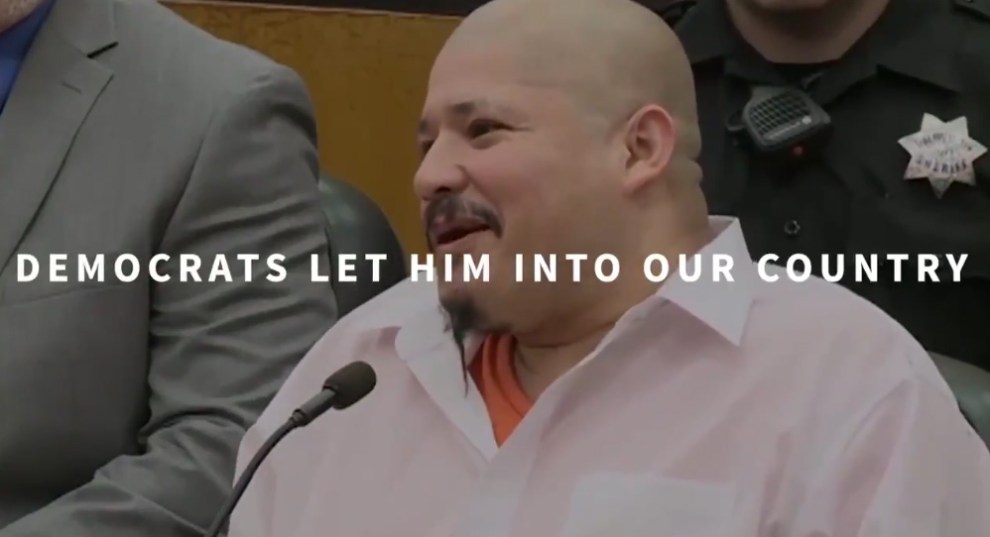 The RNC created—and Donald Trump pinned to the top of his Twitter feed—an appallingly racist ad today that accuses Democrats of “letting in” Luis Bracamontes, a man who killed two Northern California deputies four years ago while in the country illegally. It’s widely viewed as Willie Horton 2.0, except maybe worse. So have any elected Republican officials denounced it? So far, I can find three:

Don’t @ me if I got this wrong. Maybe there are four! Or even five!

The level of desperation this shows is palpable. Trump and the Republican Party keep pulling the race lever harder and harder, but it’s not working. Trump went from 800 troops at the border to 5,000 troops to 15,000 troops. He called the migrant caravan a thousand miles away an “invasion.” He claims he’s going to end birthright citizenship even though he knows perfectly well it’s part of the Constitution and he can’t do it. The New York Times describes what’s happening:

If the 2016 election hinged in large part on a rightward shift among working-class whites who deserted Democrats in the presidential race, Tuesday’s House election may turn on an equally significant and opposite force: a generational break with Republicanism among educated, wealthier whites — especially women — who generally like the party’s pro-business policies but recoil from strident, divisive language on race and gender.

Rather than seeking to coax voters like these back into the Republican coalition, Mr. Trump appears to have all but written them off, spending the final days of the campaign delivering a scorching message about preoccupations like birthright citizenship and a migrant “invasion” from Mexico that these voters see through as alarmist.

These aren’t dog whistles anymore, they’re just straight-up racist messages that are aimed directly at Trump’s working-class white base. And that’s Trump’s problem. He’s now had to turn the volume up so far that even the center-right suburban voters who held their noses and voted for him in 2016 can’t do it anymore. They can’t pretend they don’t see it. And because no one in the Republican Party dares to criticize Trump, he’s dragging the whole party down with him. Republicans are now the party of white racism, full stop.

Sadly, they’re still going to get a lot of votes. But common decency, which took a vacation in 2016, is finally going to win on Tuesday. Trump is making sure of it.