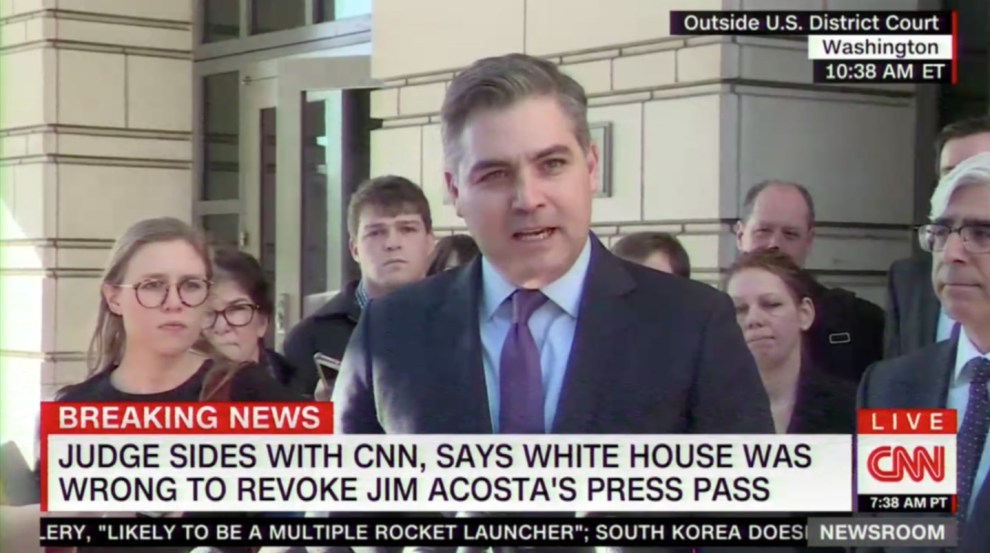 It’s appropriate to use CNN’s own story about today’s ruling regarding the White House taking away Jim Acosta’s press pass:

Federal judge Timothy J. Kelly sided with CNN on Friday, ordering the White House to reinstate chief White House correspondent Jim Acosta’s press pass….Kelly did not rule on the underlying case on Friday. But he granted CNN’s request for a temporary restraining order. This result means that Acosta will have his access to the White House restored for at least a short period of time. The judge said while explaining his decision that he believes that CNN and Acosta are likely to prevail in the case overall.

I wonder if the White House will even continue wasting money on this fight? Trump hates to lose, and he might prefer declaring some kind of bogus Trumpian Twitter victory right now—“Judge refuses to uphold Acosta claim of discrimination!!!”—instead of waiting for real-world defeat later. We’ll see.