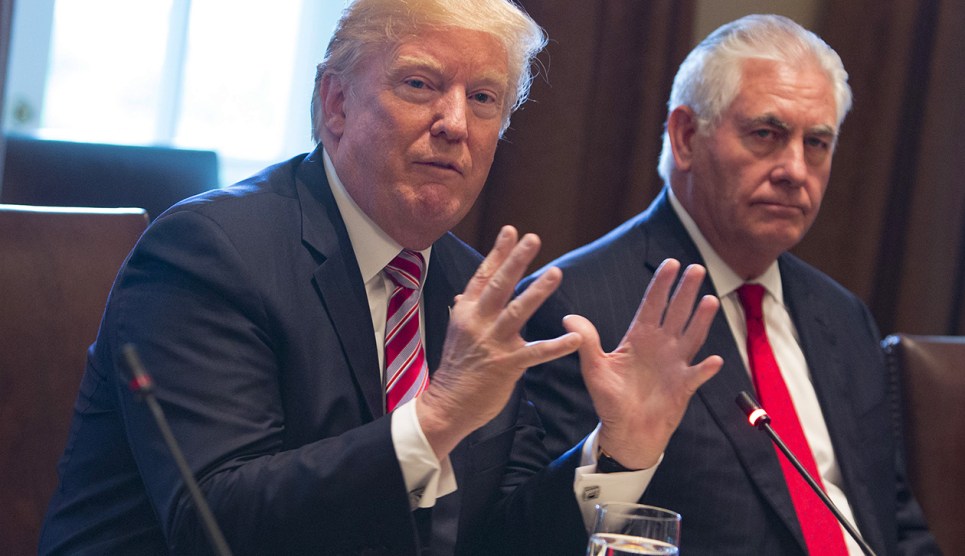 pretty undisciplined, doesn’t like to read, doesn’t read briefing reports, doesn’t like to get into the details of a lot of things, but rather just says this is what I believe, and you can try to convince me otherwise, but most of the time you’re not going to do that.

And then there was this:

We are starkly different in our styles, we did not have a common value system. When the president would say, here’s what I want to do and here’s how I want to do it, and I would have to say to him, Mr. President I understand what you want to do but you can’t do it that way—it violates the law, it violates a treaty—he got really frustrated….I think he grew tired of me being the guy every day who told him he can’t do that, and let’s talk about what we can do.

Hmmm. “We did not have a common value system.” I assume that Tillerson thinks of himself as an honest person, which means he thinks of Trump as a liar and a crook. He’s just too polite to say so.

There’s nothing new here, I suppose. We’ve known all this for a long time. Still, it’s useful to hear it on the record from a high-ranking cabinet member who saw Trump in action.

BY THE WAY: Tillerson, who has worked with Vladimir Putin both at ExxonMobil and as Secretary of State, says Putin is a lot smarter than Trump. “Many people talk about playing chess. He plays three-dimensional chess,” Tillerson said.