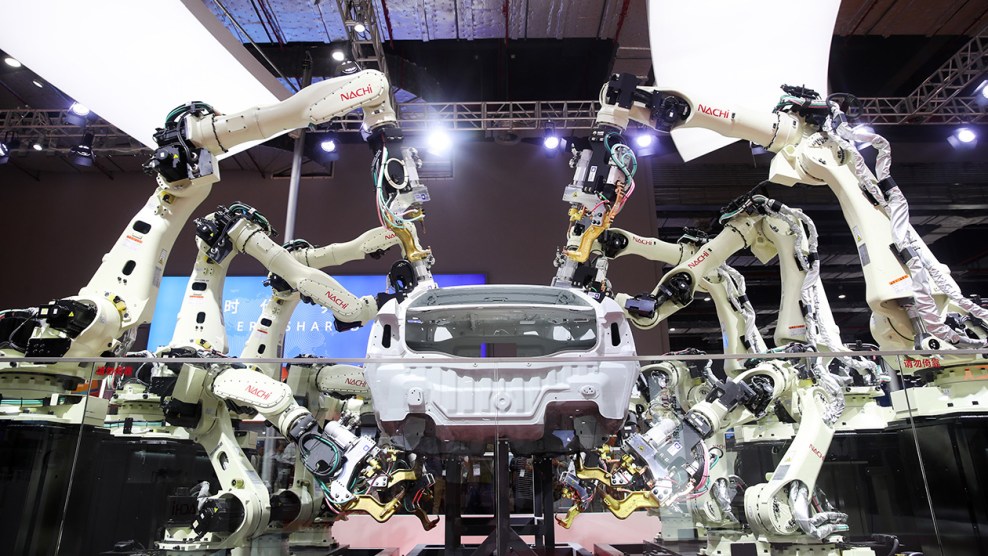 Tyler Cowen recommends a recent bit of research by Daron Acemoglu and Pascual Restrepo as “a new paper on automation that actually has some new and interesting results.” Basically, A&R look at two offsetting effects of automation: reduced demand for labor in existing fields vs. higher demand for labor in newly created fields. In the context of the Industrial Revolution, for example, this meant that weavers lost their jobs but automobile companies hired lots of new workers. In the end, everybody stayed employed but the overall level of productivity was much higher.

But how about automation in more recent times? Long story short, A&R find that the displacement and reinstatement effects were about equal during the postwar period from 1947-1987. However, from 1987 to the present day, displacement far exceeded reinstatement:

This chart shows that automation has displaced a lot of workers and nowhere near all of them have gotten jobs in new industries. Here’s their conclusion:

Our evidence and conceptual approach support neither the claims that the end of human work is imminent nor the presumption that technological change will always and everywhere be favorable to labor. Rather, it suggests that if the origin of productivity growth in the future continues to be automation, the relative standing of labor, together with the task content of production, will decline….We have also pointed out a number of reasons why the balance between automation and new tasks may have become inefficiently tilted in favor of the former, with potentially adverse implications for jobs and productivity and some directions for policy interventions to redress this imbalance.

If automation continues—and it will—“the relative standing of labor…will decline.” In other words, the end of human work isn’t imminent, but we’re getting closer every year. This partly explains why the labor participation rate has flattened and then declined since 1987, and why it never recovered after plunging during the Great Recession. It’s not the whole story, but automation has played a significant role and will almost certainly continue to do so in the future.