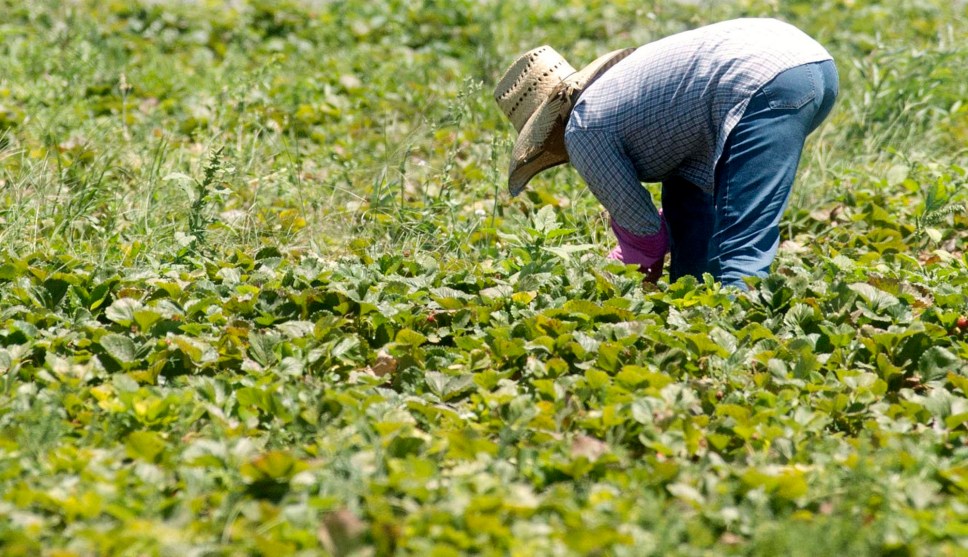 E-Verify is a system that employers can use to make sure they hire only people who are legally allowed to work in the United States. It’s pretty easy to use and pretty accurate—though it could still stand to be improved on that score. So should it be made mandatory for all employers? President Trump isn’t sure:

In an interview with Fox News Channel conducted last week, Trump said a new White House plan to overhaul portions of the legal immigration system could “possibly” include the use of E-Verify. But he also said that the verification system could be overly onerous on certain employers, such as farmers, who Trump said were “not equipped” to use it.

“I used it when I built the hotel down the road on Pennsylvania Avenue,” he said, referring to the Trump International Hotel in Washington. “I use a very strong E-Verify system. And we would go through 28 people — 29, 30 people — before we found one that qualified.”

He continued: “So it’s a very tough thing to ask a farmer to go through that. So in a certain way, I speak against myself, but you also have to have a world of some practicality.”

As usual, it’s not clear what Trump is talking about here. Is he seriously suggesting that when they hired workers for his DC hotel, 29 out of 30 applicants were undocumented? That’s ridiculous.

Nor does it make any sense to say that farmers are “not equipped” to use E-Verify. All you need is a smartphone or a computer with an internet connection. It’s insulting to suggest that farmers aren’t up to this.

Needless to say, what Trump really means is that farmers would be seriously pissed off if he tried to make them hire only legal workers. E-Verify would do that. Unspoken—but obvious—is the corollary to this: Trump’s wall doesn’t piss off farmers because they know it won’t accomplish anything. It’s just something that sounds good to his base.

Trump’s tariffs have already hurt farmers, and the last thing he wants to do is lose their votes for good by making it hard to hire undocumented workers. That’s why he’s for a wall but against mandatory E-Verify. It’s all about practicality.