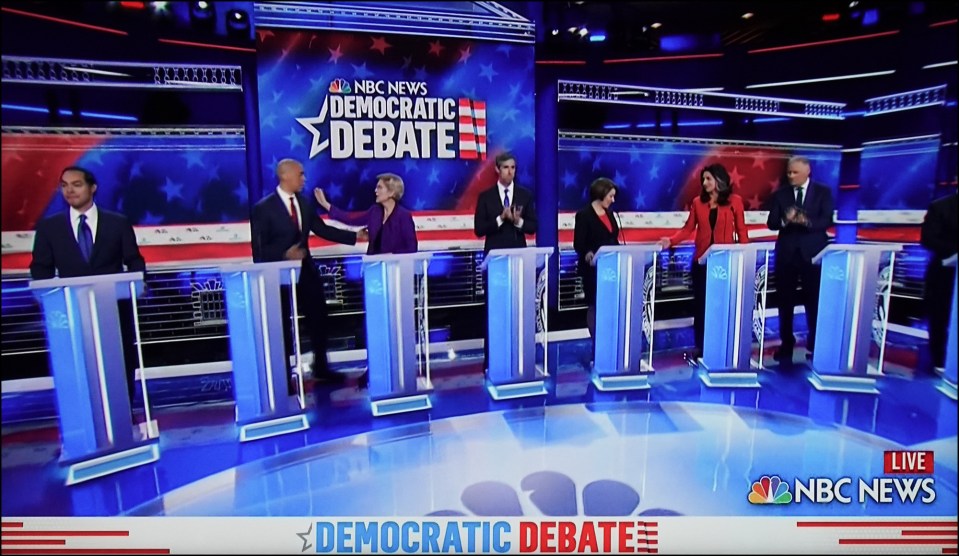 I watched tonight’s debate, but I was in and out of the room a bit so I didn’t see every single minute. I’m not going to try to distinguish winners or losers, but instead I’ll just toss out a few miscellaneous observations:

On most subjects, there was a scrum of candidates all trying to interrupt as soon as the first person had finished answering the question. But when the subject was climate change, the stage was eerily quiety. Most of these folks don’t really want to talk about it. I think they’re afraid of saying something that will be interpreted as asking people to make an actual sacrifice.

Beto O’Rourke wasn’t very impressive. It’s just a little too obvious that he’s talking in platitudes instead of taking a detailed stand on anything.

Elizabeth Warren says health insurance companies made $23 billion in profits last year. That sounds bad. But total health care spending last was $3.5 trillion. This means that insurance profits amounted to 0.6 percent of the total. I’d be happy to get rid of private insurers and get that to zero, but 0.6 percent isn’t a super persuasive argument for doing it.

Julián Castro sounded pretty good. He’s clear and well-briefed, and his answers seem to be well motivated by both principle and pragmatism. I wouldn’t be surprised if he moves up a few points in the polls.

Elizabeth Warren didn’t make any mistakes or anything, but she didn’t dominate the stage or really distinguish herself. That’s probably OK for now.

Chuck Todd practically begged the candidates to say that they’d try to get rid of the filibuster if they were elected. Surprisingly, hardly any of them took the bait.