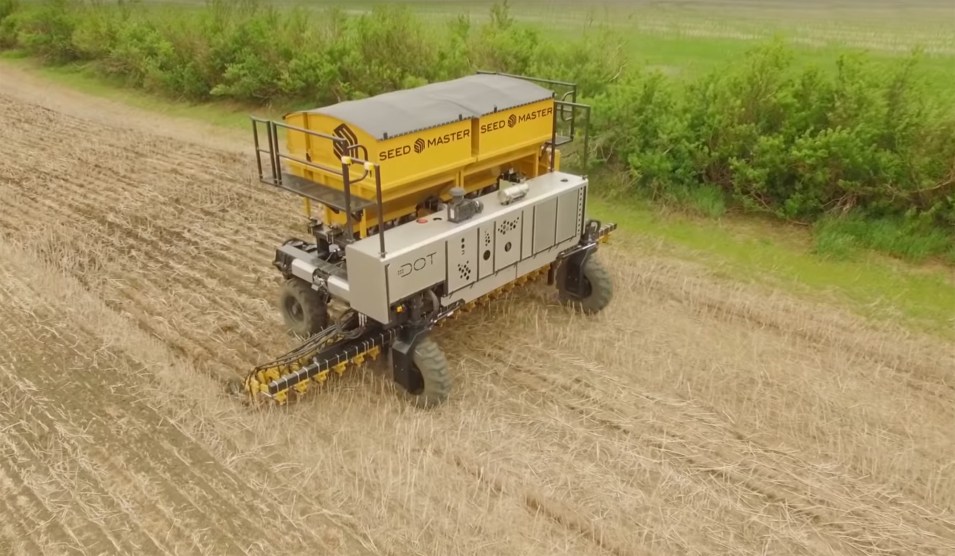 There’s a widespread belief that driverless technology won’t be useful until it’s able to safely guide a passenger car anywhere in the country with no one paying attention to the wheel. This isn’t true. The technology will almost certainly start with easy applications and then move into harder and harder ones. Maybe it will start with shuttle buses on fixed routes. Then delivery vehicles in restricted geographic areas. Then long-haul trucks on highways. Etc.

One of the first places to look for driverless technology is on farms. They are, obviously, very restricted geographic areas, and safety concerns are minimal. Sure enough, automated farming vehicles are nearly here:

Robots are taking over farms faster than anyone saw coming. The first fully autonomous farm equipment is becoming commercially available, which means machines will be able to completely take over a multitude of tasks. Tractors will drive with no farmer in the cab, and specialized equipment will be able to spray, plant, plow and weed cropland. And it’s all happening well before many analysts had predicted thanks to small startups in Canada and Australia.

….In Saskatchewan, the first commercially sold autonomous tractors made by Dot are hitting fields this spring. The Dot units won’t be completely on their own this year — farmers who bought equipment as part of a limited release are required to watch them at all times. But after this trial run, the producers may be able to let the equipment run on its own starting next year. That will open up a lot of time for the growers who will no longer need to sit behind the steering wheel.

Interestingly, a farmer in Australia who uses a SwarmFarm weed killer, says that the robotic sprayer is so efficient that he uses 80 percent less pesticide than he used to. In other words, robots are not only cheaper than human labor, they’re better too. We’ll be seeing a lot more of that in the next few decades.