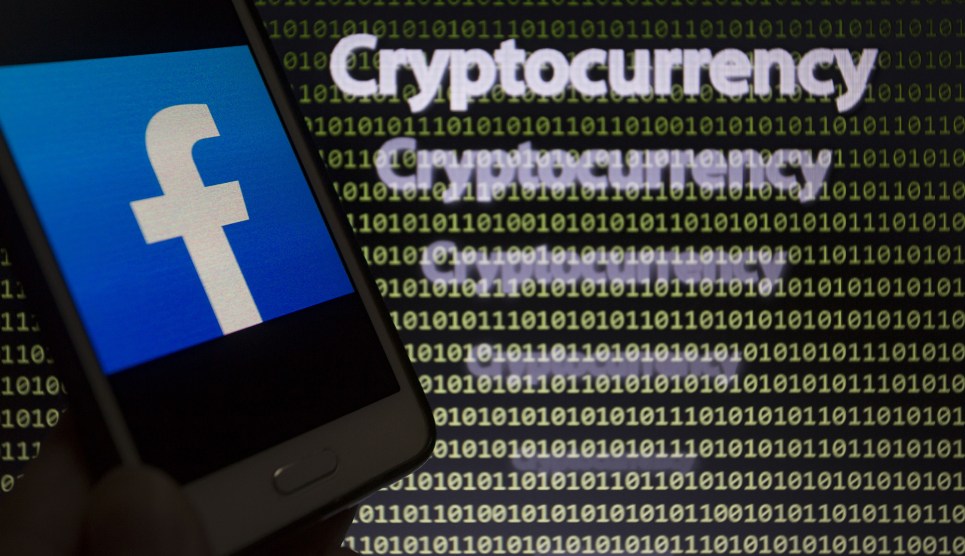 The closely guarded yet much-discussed cryptocurrency initiative, code-named “Project Libra,” could become a major e-commerce tool for Facebook users across the social network’s suite of services, from Instagram to messaging….The project is expected to be unveiled on Tuesday, where more details will be released.

A Facebook equivalent of Bitcoin could allow users to buy products from popular Instagram influencers more quickly and easily than with cash — while remaining within the company’s social media domain. And importantly for Facebook shareholders, the company could make money off a fee for every processed transaction.

I really don’t understand the crypto-sphere. But I mean that in a very specific way. I don’t mean it in the sense that Bitcoin is obviously ridiculous. It is, of course, but I can kinda sorta understand its appeal by virtue of it being the first cryptocurrency and therefore having a certain amount of credibility just from being around for a long time. But what about brand new cryptocurrencies? Even in nutball conspiracy theory land, what’s the supposed value of these things? This is the part that I don’t get.

Then there’s Facebook’s Libra, which I don’t get for an entirely different reason: it’s not, as near as I can tell, a cryptocurrency. It’s just scrip, backed by dollars. Maybe they’re using blockchain somewhere in there as a distributed ledger, but if they are it’s not because they need to. It’s only so they can say “blockchain” at their press conference.

And in what way will it make transactions more frictionless? It’s going to be connected to the banking system in some way, since it’s designed for use by merchants who will insist on actually being paid for stuff, and that means it will be tied to a bank account or a credit card or a jarful of quarters that you prepay to the FaceBank. This is how the One-Click button works on Amazon, and it’s hard for me to understand how anything online could be any more frictionless than that.

The answer, as near as I can guess, comes from the final bit of the excerpt quoted above:

….And importantly for Facebook shareholders, the company could make money off a fee for every processed transaction.

Right-o. That explains why Libra is good for Facebook, but why is it good for the rest of us? Will it provide a discount on prices, which Facebook monetizes by charging normal transaction fees to merchants but negotiating discounted fees with the credit card folks? That would be sort of a real-time cashback scheme, I suppose, and it might be attractive to users. Beyond that, I can’t really guess what this might be all about. But whatever it is, I’ll bet my entire collection of old USB cables that it’s not a cryptocurrency in any meaningful sense of the word.