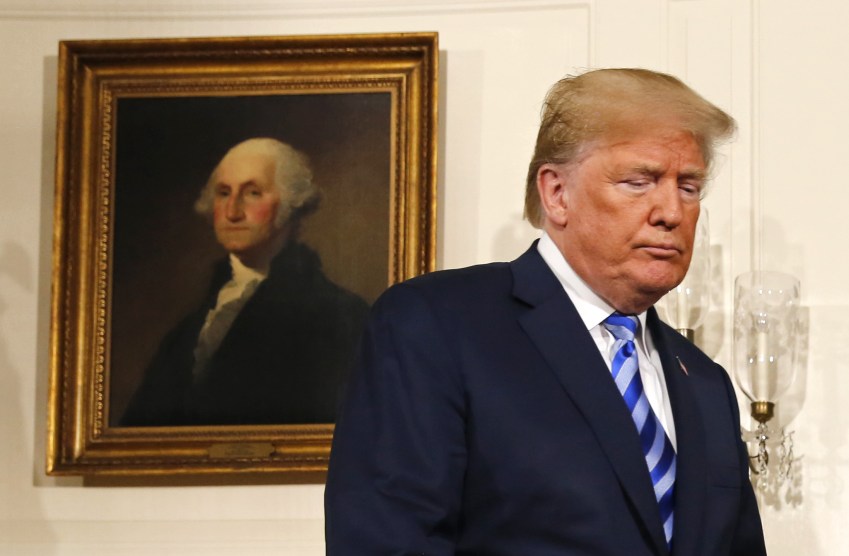 Were tonight’s Trump-led chants of “send her back” at a rally in North Carolina a new low for our president? Sure, probably. But Trump hits a “new low” about once every month or so. As a public service and a walk down memory lane, here’s a very non-exhaustive list of things that have been called new lows for Trump over the past few years. Enjoy.

July 20: Attacks John McCain for being a POW.

November 23: Retweets claim that 81 percent of white people are killed by blacks.

March 30: Says that women who get abortions should be punished.

August 1: After Khizr Khan accuses Trump of never sacrificing anything for his country, Trump attacks Khan and says that he has too made a lot of sacrifices, such as “building great structures.”

August 10: Suggests his supporters might want to shoot Hillary Clinton.

June 29: Accuses Mika Brzezinski of “bleeding badly from a face-lift” during a New Year’s party.

August 15: Suggests that there were “very fine people on both sides” at Charlottesville.

November 29: Retweets three anti-Muslim videos from the leader of an extremist British group.

June 8: Begins separating children from their parents at the border.

July 5: Insists on meeting with Vladimir Putin with no one else present.

September 13: Says the 3,000 dead from Hurricane Maria is “fake news” invented by Democrats.

October 18: After murder of Jamal Khashoggi, reminds everyone that Saudi Arabia is a good customer.

November 12: As wildfires are raging, threatens to cut off federal aid to California unless they change their “forest management” practices.

December 29: Says any deaths of children along the border are strictly the fault of the Democrats.

March 8: Accuses Democrats of being the “anti-Jewish party.”

July 14: Tells Democratic congresswomen to go back where they came from.