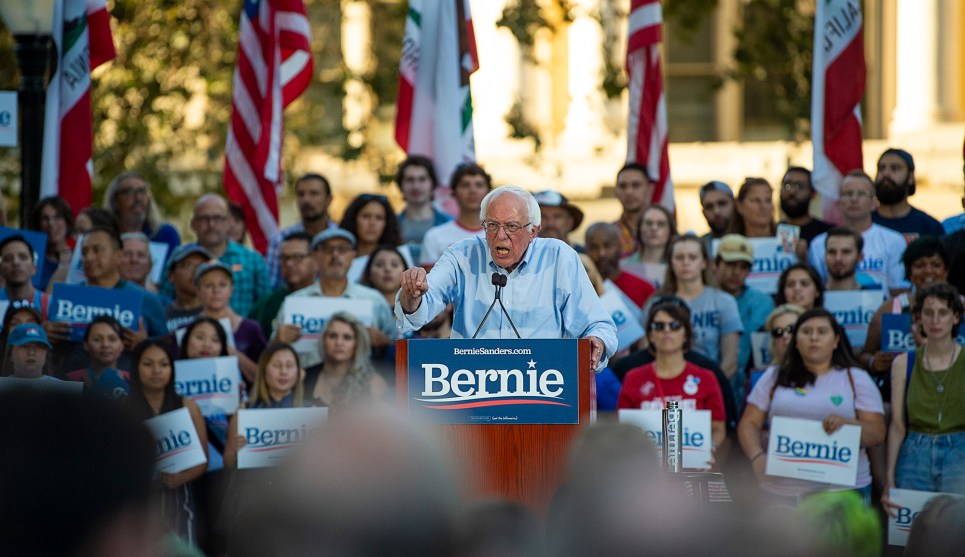 Bernie Sanders released his climate change plan today, and Bernie being Bernie it was naturally the biggest, leftiest, most socialist plan out there. And that was the good part. The bad part is that it’s practically designed to fail.

If you’re going to propose a massive, $16 trillion plan, the first thing you should do is get as many people on board as possible. Instead, Sanders practically revels in pissing off as many stakeholders as possible. He’s going to tax the rich. He’s going to hobble the fossil fuel industry. He’s going to ban nuclear power. He’s going to nationalize electric generation and turn it over to the federal government.

And then there are the absurd promises. He’s going to create 20 million new union jobs. (No he’s not, unless he also creates 20 million new human beings.) He’s going to eliminate fossil fuels by 2030 at the latest. (I don’t think even the most optimistic environmentalist thinks we can build out solar and wind that fast.) Electricity will be “virtually free” by 2035. (Oh please.)

And there’s the spending. Two trillion dollars to weatherize homes. Another two trillion to allow people to trade in their old gas burners for electric vehicles. Half a trillion to replace school buses. A trillion dollars for public transit and high-speed rail. I’m open to expert opinion on this, but everything I know about climate change tells me that this is an enormous amount to spend on things that will have only modest impacts.

But at least Sanders will also dedicate huge amounts to R&D, right? He says right at the top that he’ll make “massive investments” in new research. But down in the details, R&D appears to get $800 billion, only a little more than he’d spend on school buses. This is a wild mismatch. Sanders appears to be more interested in creating a huge federal jobs program than he is in seriously taking on climate change.

The Sanders plan looks to me like the worst kind of kitchen sink proposal: a “plan” that avoids making any hard choices by simply saying that we’ll do everything. Call me cranky, but I’m tired of this stuff. It’s a box-checking exercise designed to appeal to every possible lefty constituency rather than something that has even the remotest chance of building the public support needed to get it passed through Congress.

POSTSCRIPT: It’s probably worth noting that I haven’t looked at the climate plans from other candidates. So I’m not comparing Sanders to anyone else. For all I know, all the other plans are just as bad.