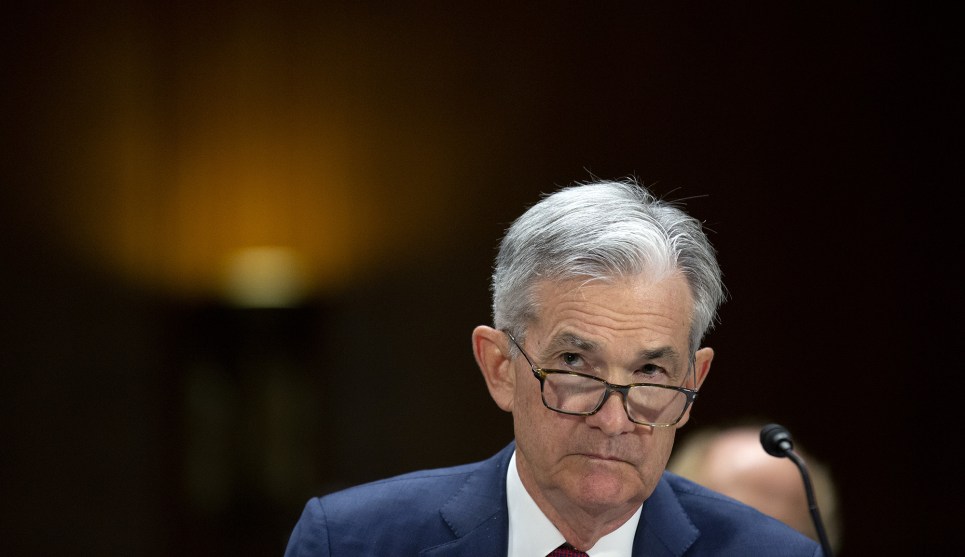 Fed chair Jay Powell says our economy’s biggest problem isn’t unemployment or consumer spending or business investment, all of which could benefit from an interest rate cut. Our biggest problem is trade uncertainty, and it’s not clear that a rate cut would help with that:

….“Trade policy uncertainty seems to be playing a role in the global slowdown and in weak manufacturing and capital spending in the United States,” Mr. Powell said, adding that there were “no recent precedents to guide any policy response to the current situation.”

Translation: Donald Trump has only himself to blame if the economy gets wobbly. It’s mostly due to Trump’s own trade war and the uncertainty surrounding it, and there’s really nothing the Fed can do about it. The only person who can is Donald Trump, by cutting some deals and ending the trade war.

But my guess is that once his aides have explained to Trump that Powell was criticizing him, he will double down on his attacks on the Fed and start wailing even harder about how we’re being cheated by the rest of the world. In fact, let’s check. Ah yes, here it is already:

As usual, the Fed did NOTHING! It is incredible that they can “speak” without knowing or asking what I am doing, which will be announced shortly. We have a very strong dollar and a very weak Fed. I will work “brilliantly” with both, and the U.S. will do great…

….My only question is, who is our bigger enemy, Jay Powell or Chairman Xi?

Atta boy, Donald. Blame all your idiocies on someone else. It’s always worked before, after all.