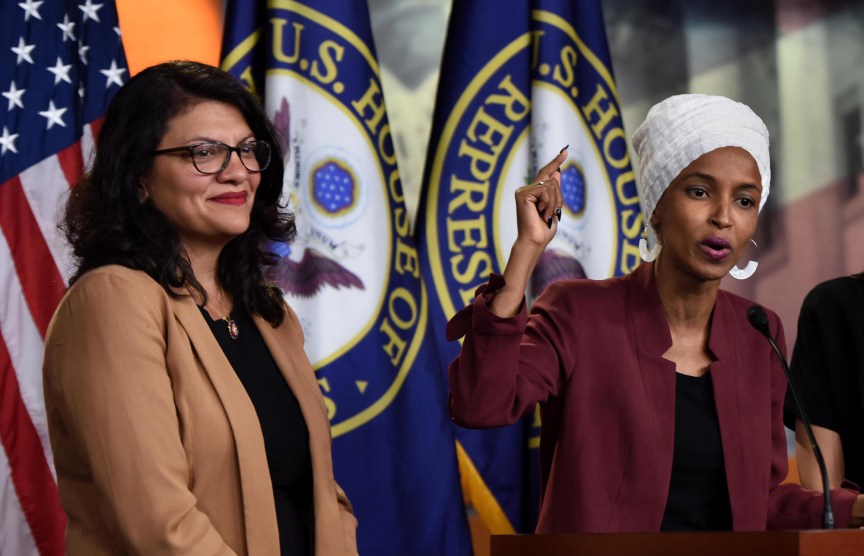 Donald Trump sure does know how to keep the culture wars front and center:

At the urging of President Trump, Israel on Thursday took the extraordinary step of barring two Democratic U.S. congresswomen who have been outspoken critics of the president from visiting the country.

Trump, who has launched a campaign against Reps. Ilhan Omar of Minnesota and Rashida Tlaib of Michigan, tweeted Thursday: “It would show great weakness if Israel allowed” the women to visit, claiming: “They hate Israel & all Jewish people, & there is nothing that can be said or done to change their minds.”

After Trump’s tweet, the Israeli government announced it would ban the women from an upcoming congressional trip. Both are outspoken critics of Israel’s treatment of the Palestinians and support a boycott of Israel.

I suppose I shouldn’t be surprised by this kind of attention-mongering from Trump, nor should I be surprised that Benjamin Netanyahu went along with it. They’re peas in a pod, and their respective bases love this kind of petty retribution.