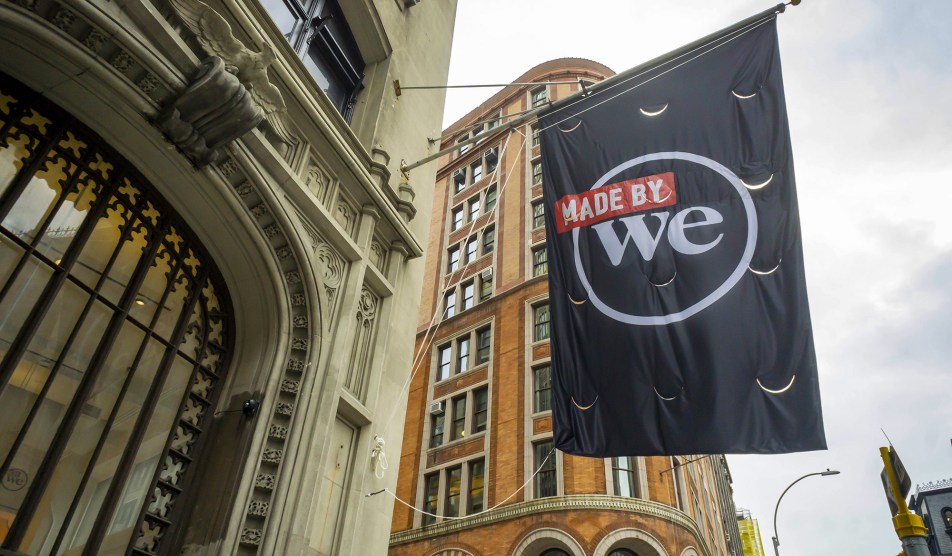 Adam Neumann is the founder and CEO of WeWork, a company that buys large blocks of urban office space and then subdivides them into smaller spaces for rent to entrepreneurs, freelancers, startups, and so forth. In the past this has been considered a fairly boring kind of business, but WeWork has inexplicably been able to brand itself as a tech company and is currently valued as if it were Facebook or Google. Naturally it plans to go public soon, which means that today it released its registration documents for an upcoming IPO.

This should make Neumann even richer than he is now, but apparently that’s not enough for him. Earlier this year WeWork changed its corporate brand to We Co., obviously a critical part of its growth strategy. Naturally it then needed to acquire the trademark to “we.” Can you guess who owned that trademark? Huh? Can you? Bloomberg tells us:

The name was owned by We Holdings LLC, which manages some of the founders’ stock and other assets. WeWork said it paid the founders’ company $5.9 million for “we” this year, based on a valuation determined by a third-party appraisal. WeWork legally changed the company name last month.

Isn’t that great? Don’t you wish you could do that? And it all seems so pointless. Neumann has already cashed out about $700 million worth of his stake in the company prior to the IPO, and since he still owns a third of the company¹ he’ll be worth somewhere north of $10 billion after it’s over, even though WeWork has never come close to making money and is currently burning cash at the rate of a billion or three every year. So I guess every dollar counts.

¹I think. WeWork’s S-1 form shows that Neumann owns 115 million shares of the company out of a total of 338 million pro forma shares. At least, that’s my best guess. I suppose I shouldn’t be surprised by this anymore, but it’s remarkably hard to figure this out even from formal SEC documents.