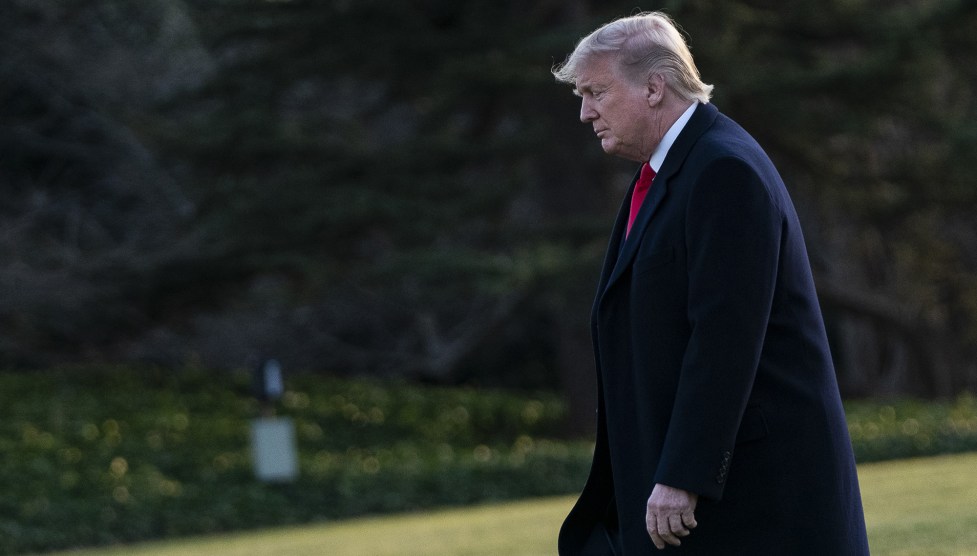 Donald Trump tweeted today that he’s the guy who “saved Pre-Existing Conditions in your Healthcare.” Even conservatives can’t bring themselves to defend this. Here is NR’s Robert VerBruggen:

Trump didn’t “save” these protections; to the contrary, the GOP’s various failed replacement bills would have weakened them to a debatable extent, and the administration has (to its credit!) expanded the availability of plans that don’t comply with Obamacare’s regulations. Further, if the Trump-backed lawsuit aiming to eliminate Obamacare succeeds, the direct effect will be, uh, to eliminate Obamacare, including those popular preexisting-condition provisions Trump is trying to take credit for….It’s hard to say you support the current preexisting-condition protections when you’ve signed onto a lawsuit that will destroy them if it succeeds.

This goes into the same bucket as Iran supposedly targeting four American embassies for imminent attack: not only is it obviously something Trump just invented, but it’s so preposterous that even his own people aren’t willing to back him up. They aren’t quite willing to tell the truth about the embassies, either, but the lie is dumb enough and checkable enough that they’re all either playing mum or else saying they “didn’t see” the intel on the embassy attacks—but hey, maybe the boss saw something I didn’t.

As usual, none of this matters to Trump. The content of his tweets and his rallies is aimed solely at his base, which will simply take him at his word. The rest of us don’t matter. If we ignore him, that’s great. If we fact check him, that’s great too since it exposes more people to the lie.

But here’s the part I still wonder about: what about people who are on the fence over Trump? Do they think Trump’s lies are unfortunate, but not a dealbreaker? Do they think Trump’s lies aren’t much different from the lies every president sometimes tells? Do they not realize that Trump lies constantly? Or is Trump losing potential support because ambivalent voters do know he lies constantly and it turns them off? I would sure like to see some kind of survey focused on this question.