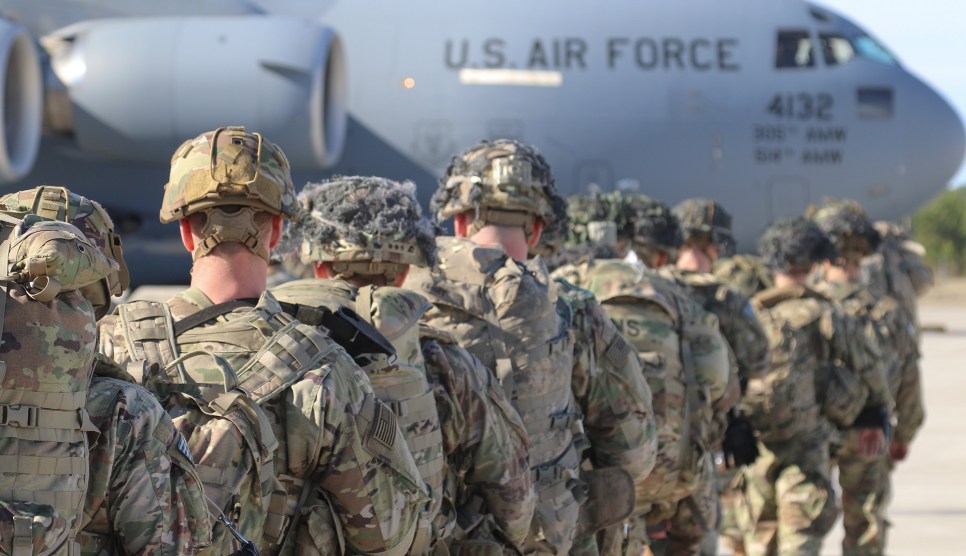 Which way are they going?Capt. Robyn Haake/Planetpix/Planet Pix via ZUMA

The Washington Post got hold of a draft letter this afternoon addressed to the Iraqi Ministry of Defense. It says that the US will be “repositioning forces over the course of the coming days and weeks to prepare for onward movement,” and ends by affirming that “We respect your sovereign decision to order our departure.”

But what does it mean? Are we leaving Iraq? Or does the Pentagon wish to revise and extend its remarks?

Defense Secretary Mark T. Esper said during a briefing at the Pentagon that the United States has not made any decision to leave Iraq….Gen. Mark Milley, chairman of the Joint Chiefs of Staff, said the letter was a draft that the U.S. military sent to Iraqi military officials for coordination purposes but hasn’t been signed or finalized.

“That letter — it was a draft, it was a mistake, it was unsigned, it should not have been released,” Milley said. “And the first part of it, which says ‘repositioning forces over the course of the coming days to prepare for onward movement’ … [was] poorly worded, implies withdrawal. That is not what’s happening.”

My guess is that the letter was meant as a way to call Iraq’s bluff. You want us to leave? Fine, we’ll leave. Then we all watch as the Iraqis panic and start begging us to stay. It’s all very Trumpish.

On the other hand, it doesn’t serve that purpose very well if we immediately turn around and say that it was all just a mistake and we’re not going anywhere.

On the third hand, maybe it was meant to call Iraq’s bluff, but then we panicked when the letter was leaked.

Who knows? What a mess.