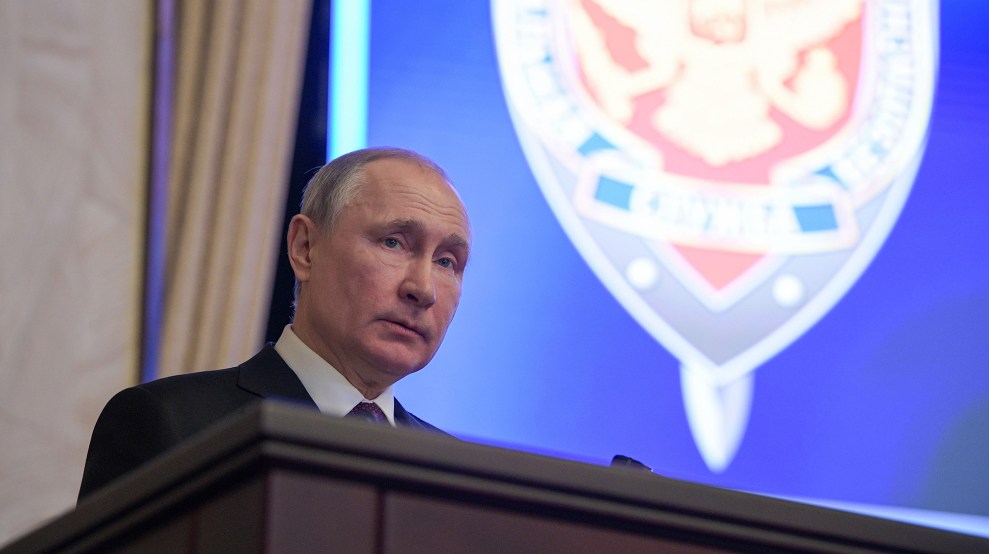 The great thing about Vladimir Putin is that he always looks kind of shifty. That makes it easy to find file photos of him looking kind of shifty.Alexei Druzhinin/TASS via ZUMA

Last week an intelligence official named Shelby Pierson gave a classified briefing to the House Intelligence Committee. Russia, she said, was already interfering in the 2020 election to try to get Donald Trump re-elected. Shortly thereafter, Trump met in the Oval Office with the acting Director of National Intelligence, Joseph Maguire, and went ballistic on him. A few days later Trump announced that he was replacing Maguire with Richard Grenell, a loyalist who has no intelligence experience.

White House officials insisted that the timing was just a coincidence.

You betcha. The New York Times reports that Trump was angry because he was afraid Democrats would use this information against him. And I suppose he’s right. Another alternative, of course, would be for Trump to do something about Russian interference, which would neuter any possible Democratic complaints. Apparently, though, that’s out of the question. Don’t you know there’s an election coming up?