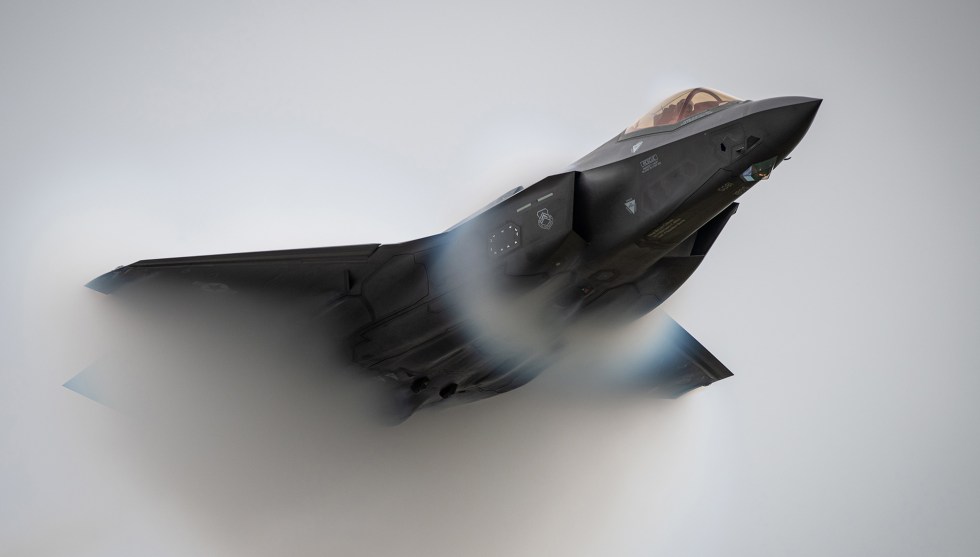 I'm happy to have an excuse to use this cool picture of an F-35 fighter, but somebody should have told Congress last year that the Marines didn't really need so many of them after all.U.S. Air Force/ZUMA

The Trump administration plans to sap money intended to build fighter jets, ships, vehicles and National Guard equipment in order to fund barriers on the U.S.-Mexico border, the Pentagon told Congress on Thursday, a move certain to agitate Democrats headed into a new budget and spending cycle….The money will be drawn from a host of procurement accounts, many of which are popular on Capitol Hill. The move includes a cut of two Marine Corps F-35B fighter jets at a cost of $223 million; $100 million from the Army National Guard’s Humvee modernization program; $650 million cut from the Navy’s amphibious assault ship replacement; and $261 million from the Expeditionary Fast Transport ship. The reprogramming also trimmed two Air Force C-130J transport aircraft for a cut of $196 million and $180 million from the service’s light attack aircraft program.

For the past three years, Donald Trump has told us over and over that the US military was all but falling apart at the seams thanks to President Obama’s weak stewardship, and this was why it needed far higher funding. But I guess that was just another lie. They didn’t really need the money after all. We should probably all keep this in mind the next time we’re told the Pentagon is in dire shape.