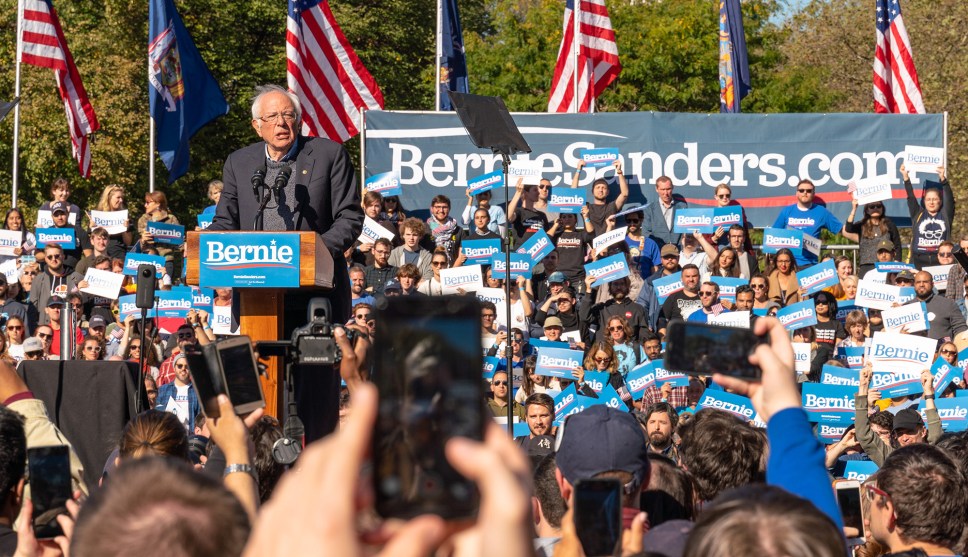 Two weeks after his heart attack Bernie looked fine. I guess there's no point in digging any further, is there?Corine Sciboz/ZUMA

In 2016 Donald Trump refused to release his income tax records even though (a) he had promised to do so, and (b) he’s a real estate billionaire, the exact kind of person whose financial history is especially salient in a presidential election. This paid off: no one really cared, apparently, and Trump became president. The price of concealing his financial history was smaller than the price he would have paid for whatever that history would have shown.

This year, Bernie Sanders has refused to release his medical records even though (a) he promised to do so, and (b) he’s 78 years old and recently had a heart attack, making him the exact kind of person whose medical history is especially salient in a presidential election. Will this pay off? It seems like it: Sanders is soaring in the polls. The price of concealing his medical history is—in his estimation, anyway—smaller than the price he’d pay for whatever his medical history shows.

Presidential candidates are finally learning that releasing records of any kind is all downside. If the records show that everything is OK, no one cares and it buys you nothing. But if the records show a problem, it could blow your candidacy to pieces. There is literally no reason to do it unless there’s a big price to be paid for keeping things under wrap. But guess what? There isn’t.