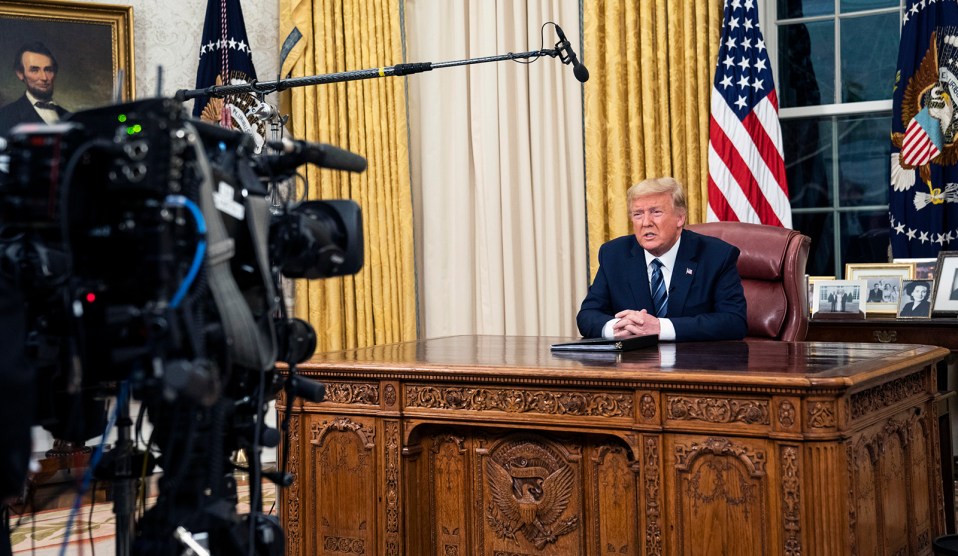 My understanding is he did not push to do aggressive additional testing in recent weeks, and that’s partly because more testing might have led to more cases being discovered of coronavirus outbreak, and the president had made clear — the lower the numbers on coronavirus, the better for the president, the better for his potential reelection this fall.

Republicans have made a habit of denying reality over the past couple of decades. Climate change doesn’t exist. Tax cuts pay for themselves. The Great Recession was all because of reckless government loans to black people. Hillary Clinton was responsible for Benghazi.

Trump, of course has taken this to new heights. His inauguration had the biggest crowds in history. Five million people voted illegally in 2016. Russia had nothing to do with election meddling. Wind turbines cause cancer. China pays for his tariffs. Etc.

You can get away with this for a while, especially if you have Fox News and talk radio to back you up. And the longer you get away with it, the more convinced you become that it will always work, that everything in politics is marketing. So eventually you go too far: you try to deny the reality of an epidemic that even your most fervent supporters know is real. You double down by quoting obviously bogus testing numbers. But unlike your previous delusions, this one has real consequences: since testing and tracing are the backbone of infectious disease control, a lack of testing makes the epidemic even worse.

The United States was never likely to control the coronavirus as well as places like China and Singapore, which tolerate centralized control in a way we just don’t. At the same time, we’re also richer than these countries and could afford to spend far more money on things like free testing, income assistance so sick people would stay home, and subsidized medical care so people would seek help in the first place. But that would have made the coronavirus pandemic more visible, not less, and that’s something neither Trump nor his conservative allies were willing to abide. They’re so used to denying reality and getting away with it that they just couldn’t believe they were finally faced with a situation where it might not work.