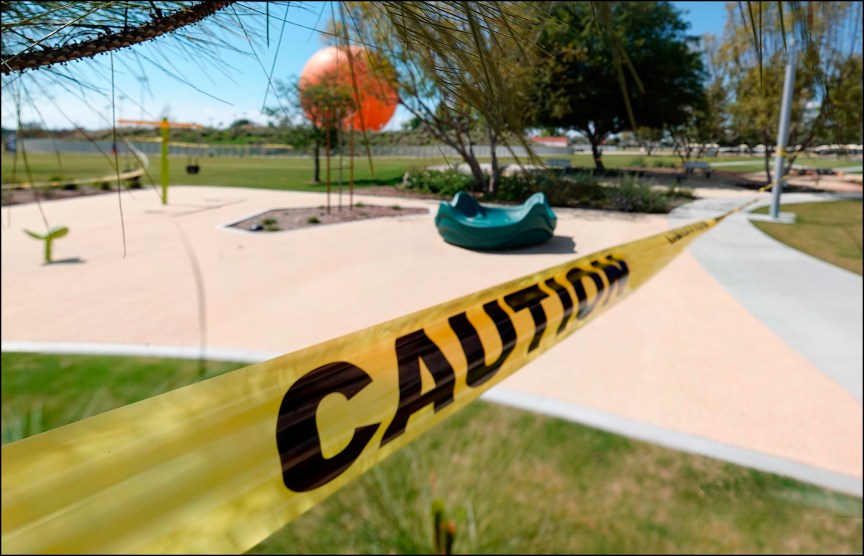 Even the playgrounds are all shut down.Kevin Drum

A few days ago I got curious about the notion that China has been a bad actor in the coronavirus saga. Like most of us, I was paying only vague attention back in December and January, so I had to go back and refresh my memory about who did what. Then I put together the timeline below.

December: It’s genuinely unclear what the source of the “viral pneumonia” outbreak in Wuhan is.

Early January: Chinese authorities obviously have some idea of what’s going on, but they lock down communication and arrest anyone who suggests the illness is SARS related.

Mid-January: By January 7 Chinese scientists have sequenced the genome of the coronavirus. On January 12 they make the genome available to labs around the world. There is no longer any effort to deny what’s happening, although the quarantine response in Wuhan remains sluggish until late January.

In other words, my sense is that there’s maybe two weeks or so in early January when the Chinese authorities should have been more forthcoming. On the other hand, this was a period in which they were just coming to grips with what was happening, and they probably wanted to avoid panic until they were sure of their conclusions. In a sense, this only puts them in the same company as everyone else. With just a few exceptions, every country has responded too late, waiting until cases were in the hundreds before finally taking action.

At the same time, this panicked behavior lasted only a couple of weeks or so, and it’s unclear if it actually slowed down the response in the rest of the world. Compare that to President Trump, who downplayed the significance of the pandemic for nearly two full months, all of it well after Wuhan had started taking lockdown steps and everyone knew the potential danger of the virus. His recklessness makes China look like the Albert Schweitzer of pandemic response.