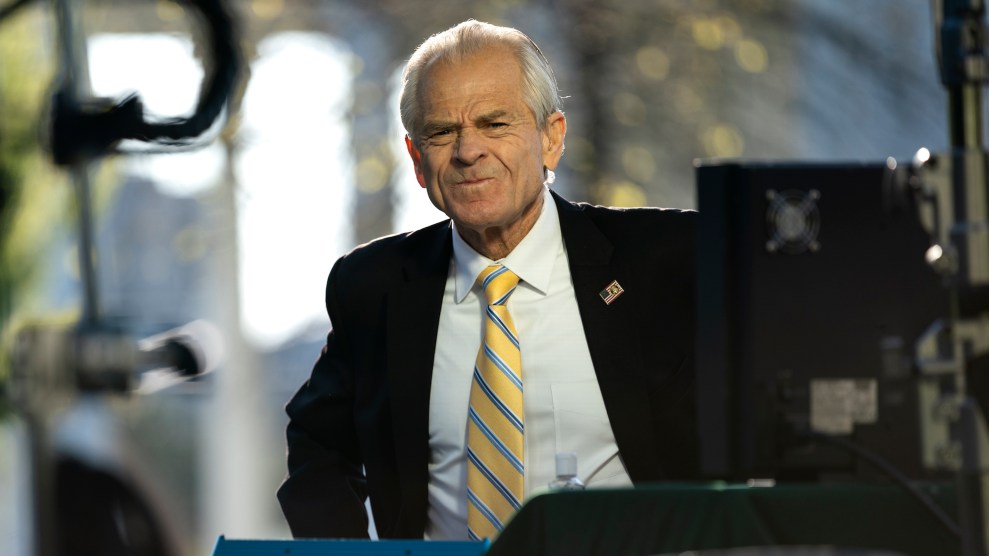 President Trump’s trade advisor, Peter Navarro, kicked up the war against Anthony Fauci today with an op-ed titled “Anthony Fauci has been wrong about everything I have interacted with him on.” That’s quite an indictment. But it turns out to be just the latest in an increasingly common conservative genre: a piece that links to articles that literally make the opposite of the point the author is claiming. For example, Navarro’s first charge is this:

In late January, when I was making the case on behalf of the president to take down the flights from China, Fauci fought against the president’s courageous decision — which might well have saved hundreds of thousands of American lives.

But if you click the link, here’s the headline—the headline!—of the fact-checking piece Navarro claims as backup:

Did Dr. Fauci Disagree With Trump’s Decision to Curtail Travel From China?
No.

Most of the others were the same. It’s not that the links just go to dubious sources, they literally go to sources that say the opposite of what Navarro claims. He must be really, really sure that no one will ever bother to click the links and actually read them.