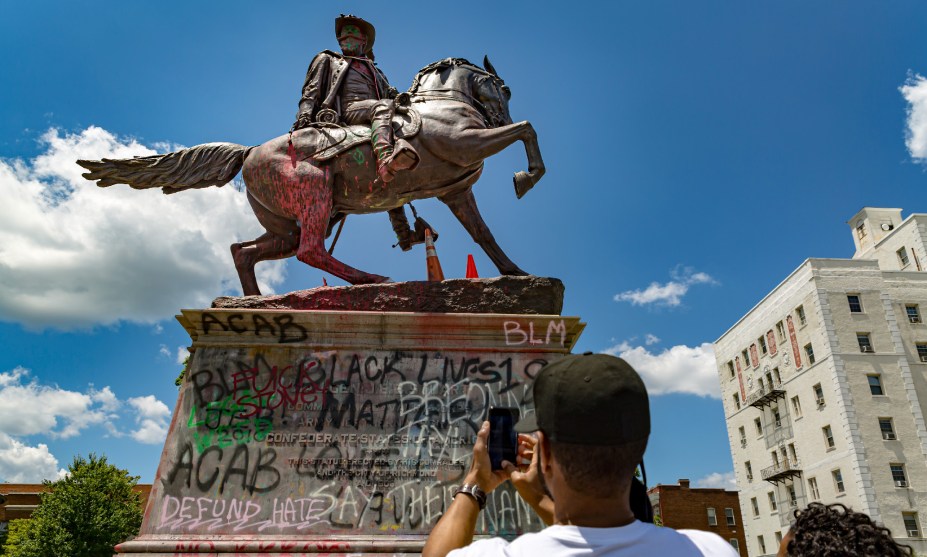 Is there something in the water that prevents so many conservatives with big media platforms from taking this seriously? There is, obviously, a perfectly good case for tearing down Confederate statues but leaving nearly everything else alone.¹ I should know, since it’s pretty much my position. After all, it’s one thing to have been racist in the past, when explicit racism was all but universal, and quite another to literally fight a war of secession in defense of Black slavery.

There’s nothing non-conservative about this stance—unless you’re afraid of offending a big chunk of your white Southern readers, of course. Or if laying sick burns on liberals is more important than seriously discussing whether or not statues of Confederate soldiers have any place in modern American life. So how about killing the sarcasm and taking a serious position on this?

And since I’m taking conservatives to task for this, I should also point to this piece by Jim Geraghty about the renaming of military bases. He makes a sensible argument about the best way to go about it.

¹“Nearly” because movements to de-statue racist colonizers like Columbus and Junipero Serra are of very long standing.