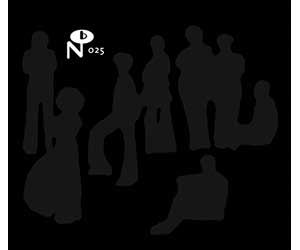 Initially overlooked, 24-Carat Black’s 1973 debut (Ghetto: Misfortune’s Wealth) was a deep-soul classic that eventually became a cult favorite, sampled by Eric B. and Rakim, Digable Planets, and other hip-hop stars. But Stax Records folded before the Cincinnati band’s follow-up could be released. Finally liberated from the vaults, Gone: The Promises of Yesterday is just as compelling as the band’s first album. Recalling Marvin Gaye‘s moody later work, “The Best of Good Love Gone” spotlights Princess Hearn’s pleading voice, while the 11-minute epic “I Begin to Weep” pits Robert Dunson’s gospel shouting against juicy brass and organ riffs, with thrilling results.