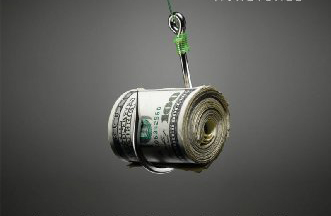 For our upcoming print edition, we asked a bunch of authors which nonfiction work they foist on friends and relatives. My own answer: anything by Michael Lewis. No joke. I’ve given away so many copies of Liar’s Poker, Moneyball, and The Blind Side that I’ve probably put Lewis’ daughter through at least a year of eventual college.

Fine, you say. But would you really saddle your kin with a book that spends many a page schooling readers on esoteric financial instruments like credit default swaps and collateralized debt obligations (CDOs)?

Yes, I would. Because Lewis is the rare writer who can tackle a subject arcane enough to make your eyes glaze over, and make it read like a thriller.

You probably know that CDOs—a class of hopelessly complicated securities created by none other than Goldman Sachs—has something to do with the financial screwing our nation recently experienced at the hands of Wall Street. But you would be forgiven, even now, for not knowing what the hell they are. As Lewis demonstrates, even the CEOs of many of the firms that traded in these Ponzi-scheme equivalents—to paraphrase one of Lewis’ protagonists, hedge-fund manager Steve Eisman: How can this be legal?—were largely clueless. And so were the government regulators and the ratings agencies the markets depend on to determine the risk (and thus the fair price) of a given bond offering.

As Lewis summarizes, the CDO was essentially a device to launder bad credit: “For Wall Street it was a machine that turned lead into gold.” And a blinding mixture of greed (CEOs), business interests (the ratings schlumps), and inertia (regulators) ensured that nobody looked into the matter too deeply. People were simply making too much money to ask the hard questions.

But some people did ask. They recognized what was happening. They bet against the market. And they bet big.

Lewis’ books typically start with a big question: In Moneyball, he asked how the Oakland Athletics, one of the worst-financed teams in baseball, could win so many games. In The Blind Side, he asked how it came to be that the left tackle, historically a low-paid offensive lineman, came to be the second most valuable player in football.

In seeking answers to seemingly obvious questions, Lewis inevitably finds himself face to face with mavericks—characters that go against the grain of their worlds and often bear battle scars because of their otherness. Moneyball became a profile of A’s general manager Billy Beane, whose pioneering method of determining a player’s value was a literal game-changer. In The Blind Side, Lewis told the story of Michael Oher, a more or less indigent kid whose highly distinctive physique, plus the dedication of a family of Southern football boosters, quite probably saved his life—and put him on track to be a recent Baltimore Ravens’ first-round draft pick.

In The Big Short, the implicit question is: Who recognized the subprime house of cards for what it was and figured out they could make a fortune wagering against it?

What’s astounding was how few people did; such was the state of denial surrounding the whole subprime mortgage business. Lewis profiles Jamie Mai and Charlie Ledley—basically a couple of amateurs working out of a shed in a friend’s backyard—who had decent luck making long-shot bets against whatever the markets thought was hot. And Michael Burry, an antisocial MD with a glass eye and Asperger’s Syndrome who got into stock-picking and then launched his own hedge fund; he ultimately became obsessed with shorting the subprime market, and hid from his investors—holing himself up in a room to scour the fine print of bond prospectuses nobody but lawyers had probably read before him.

Lewis also tells the story of Greg Lippmann, a former Deutsche Bank bond trader and Wall Street lunatic who, once he figured out what a sucker’s game mortgage-backed securities were, began buying up scads of credit default swaps against the subprime securities—basically insurance policies that pay off if some portion of the underlying loans go into default. (As Wall Street’s fantasy unraveled, Lippmann gloatingly broke the bad news to Morgan Stanley, whose hotshot bond trader Howie Hubler had sold him some of the swaps: Dude, you owe us $1.2 billion.) Last but not least, Lewis profiles Eisman, an agitated crusader who is always willing to stir things up—interrupting speeches of high-flying mortgage-industry CEOs and, in so many words, announcing that they are completely full of shit.

With vast sums on the line, Lewis’ characters seek out devil’s advocates—anyone who might be able to explain how they might have gotten it all wrong, or what they might have overlooked. (After all, the short-sellers ask themselves, how could so many investors, companies, and banking institutions all be behaving so recklessly?) In the end, their futile quest to be proven wrong was a measure of how self-serving and self-perpetuating the mythical marketplace had become. It was a place where garbage investments were repackaged and then repackaged again to dupe the brain-dead analysts at Moody’s and Standard & Poor’s into deeming them as safe as Treasury bills. A place where supposedly intelligent people simply assumed housing prices couldn’t go down because they hadn’t gone down recently.

Through the journeys of his characters, and a little revisiting of his own Liar’s Poker past as a neophyte bond trader, Lewis reveals the continuing moral bankruptcy of the financial system and its negligent actors—people who, we are reminded, lost investors billions of dollars and personally walked away from the ruins with more money than most of us will ever have to retire on. Beyond that, it’s just a fantastic read. (Dare I say, cinematic?) In any case, you can bet on one thing for sure: Dixie Lewis’ college tuition will be covered.