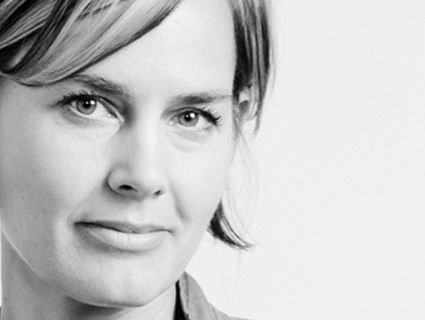 When you consider city governments these days, you’re apt to think of budget cuts and glacial bureaucracy—traits like “innovative,” “responsive,” or “tech-savvy” seldom spring to mind. Enter Jen Pahlka, a whip-smart web guru on a mission to change the way we relate to city hall. Not long ago, Pahlka left behind her rock-star status in the computer-gaming world, where she organized key conferences, ran Game Developer magazine and the website Gamasutra, and helmed the industry’s biggest trade group. Hitting up Google, Microsoft, and major foundations for funding, she launched Code for America, a fellowship program that places talented programmers, web designers, and project managers with cash-strapped cities, where the young’uns help resuscitate aging databases and build apps to conquer residents’ problems. In 2011, CFA sent 19 fellows—364 applied—to four cities for a year of public service that resulted in innovations like an online school-bus locator and a potentially lifesaving app called Adopt-a-Hydrant. This year there were 550 applicants, and CFA is expanding to eight cities. I caught up with the 42-year-old Oakland resident in a rare moment between fundraising and speaking jags.

Mother Jones: How do you describe Code for America to non-techies?

Jen Pahlka: CFA is Peace Corps for geeks. Peace Corps and Teach For America were both models for us. We’re trying to give really talented, creative people who have these incredible skills a way to connect with problems in the public sector that probably weren’t on their radar before.

JP: You can care about your city in a way that’s hard to care about the bigger levels of government. And cities everywhere are going through this enormous financial crisis. People are noticing the potholes, the parks where weeds have started to take over, less police on the streets. It’s in your face, and this crisis is creating the political will to push through new approaches.

“A lot of [bureaucratic] rules were created a long time ago when there were different challenges, and they are now causing negative side effects.”

MJ: Is it tough convincing city hall to let a bunch of young hackers move in?

JP: We’ve been more welcome than a lot of people expected. People working in our city governments are hungry for ways to do their jobs better that get around some of the crippling rules and procedures.

JP: Honolulu. A city employee named Forest Frizzell found this cool app one of our fellows built because, in most cities, no one is responsible for digging out hydrants in a snowstorm—firefighters would have to spend five minutes doing it. With Adopt-a-Hydrant, volunteers shovel out a hydrant and use the app to update its status. So he wants to have it, he’s really excited, and we’re like, I mean, Honolulu! You don’t have snow! Then he tells us about these tsunami sirens all over Hawaii, and how people steal the batteries all the time. They don’t know which ones work and which ones don’t and they’re really worried about it. He wanted to know if we could turn it into Adopt-a-Siren. Now, nine cities are looking at it for their own purposes: Adopt-a-Storm Drain, Adopt-a-Tree.

MJ: Give an example of the type of bureaucratic inefficiency you’re trying to eliminate.

JP: In Santa Cruz, if you want to open a business, you’re asked to fill out forms with like 10 different departments. The fellows are trying to streamline that process. We can do things in way less time than cities can through the procurement process, where there’s a lot of rules built in to protect public money from fraud and corruption. And that’s important. But a lot of these rules were created a long time ago when there were different challenges, and they are now causing negative side effects.

JP: In Boston last February, there was the big “snowpocalypse.” School buses were stuck, and the school system’s call center was slammed with calls from freaked-out parents. The workers look at a big map showing the location of the buses, which have GPS sensors. But on a huge snow day with hundreds of calls, they can’t get to all of them, and parents are upset. The fellows said, “We can help,” though they’d earlier been told they couldn’t have access to the GPS data. That’s an instinct that we appreciate, but you don’t want your resources stuck doing something a computer could do. [The city relented and the fellows built a website that lets parents track the buses online.]

Young coders’ solution to less-than-optimal public services “is not to rant about it. They want to do something.”

MJ: What do you say to people who argue that private companies are better equipped to solve such problems?

JP: That dichotomy is so false and disruptive. We value government, but we are acknowledging that it would work better if we ran it more like the internet.

JP: It’s the idea of government as a platform, in contrast to the existing idea of government as a vending machine where you put in your three quarters and you get your candy bar. What if the candy gets stuck? You shake the vending machine. Now, I’m no booster for the iPhone, but Apple said, “We will create a platform, and anyone who wants to can put an app on our platform.” Within their rules, they’re letting people build what they need. That’s a more powerful way of seeing government.

JP: In Boston our team built a website that lets you enter in your address, the grade of your kid, whether you have siblings in another school, and so on, and a map shows you all the schools your kid can go to. That took about three months to build. If Boston had to rely on its own people or on the procurement process, it would have taken at least a year, probably two, and the city would have spent a million dollars.

JP: Last year we required them to do 100 hours of interviews with people from all over the community. The human aspect of this world is in many ways more important than what technology we use, and the fellows would probably say it’s harder. I would argue that more important than the number of apps built or platforms launched by the time the fellows leave is the cultural exchange that happens while they’re there.

“When there are more males in the industry to begin with, it just has a more male feel, and that pushes the girls away.”

MJ: Why do these fellows come to you when they could be working for Google?

JP: One is taking a year off from Google, one from Apple, another from Microsoft. It’s a wide variety of people. The average age is 28, and I think they’re doing this because they’re looking around at the world they’re inheriting, and thinking, “We need to fix this!” Now that this generation is hitting adult age, and they’re dealing with tax forms and driver’s licenses and all sorts of public services that are less than optimal, their solution is not to rant about it. They want to do something.

MJ: How do we get more women into tech?

JP: I don’t know. My friend Clay Johnson says in the next 50 to 100 years, you’ll be considered illiterate if you can’t program. My daughter is 9, and I have a 14-year-old niece, and I worry because they don’t seem as attracted to technology as the boys. It could be something really basic: When there are more males in the industry to begin with, it just has a more male feel, and that pushes the girls away. There’s a history there that’s really hard to overcome.

Click on the map locations below to see some of the projects Code for America tackled in 2011 and 2012.