On November 9, 2014, photographer Robert Frank turns 90. While turning 90 is worth celebrating, what’s even more impressive is that the work he created 60 years ago continues to resonate so strongly today. Frank’s photos of the postwar United States still feel incredibly fresh, even if they bear the weight of history—and even if their details (the clothes, the cars, the hairstyles) seem so dated.

By the time Frank’s now-landmark book The Americans hit US bookstore shelves in 1959, he turned his attention from photography to filmmaking. The negative reaction his debut book received didn’t exactly inspire Frank to keep shooting. Nevertheless, 10 years after it was first published, The Americans became a tour de force in photography, its influence growing exponentially over time. 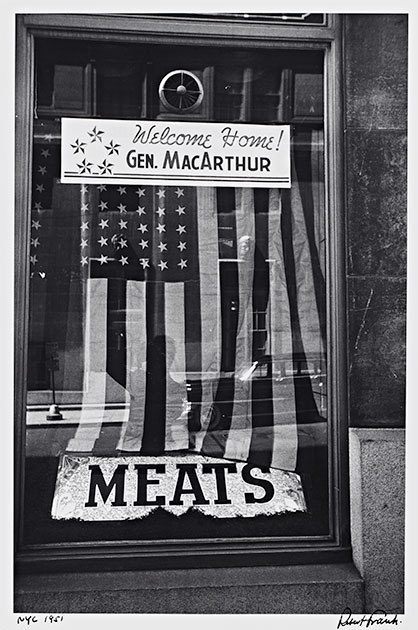 For the most part, the work Frank made before and immediately after shooting The Americans has remain unseen. Recent curatorial work led by Sarah Greenough at the National Gallery of Art started to correct that. She and other curators printed and exhibited photos that didn’t make the cut for The Americans or that were otherwise shot around the same time period but not part of the project. Greenough’s massive and massively awesome Looking In: Robert Frank’s The Americans, published in 2009, went a long way to provide a fix to all who craved more Robert Frank. And most recently, the new book Robert Frank in America expands on the known photos that Frank shot during this time. In America proves to be an excellent companion to Greenough’s book, particularly for those who can’t seem to get enough Robert Frank. Or, if Looking In‘s almost 400 pages feels daunting, this book is a bit more digestible. 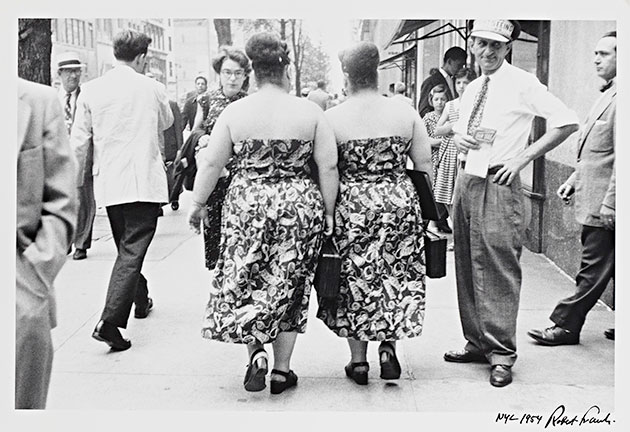 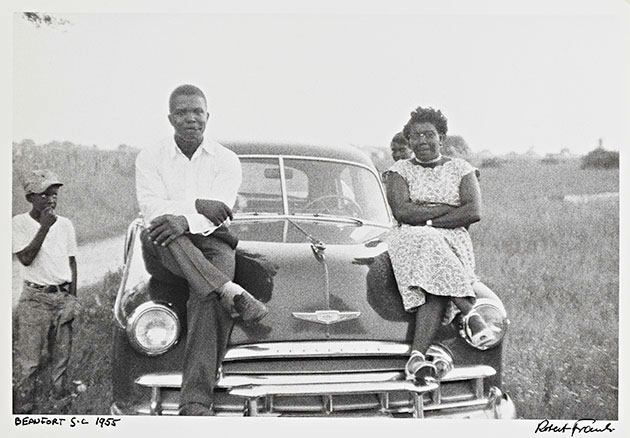 With images largely culled from the impressive collection of Frank photographs at Stanford’s Cantor Arts Center, this new exhibit and catalog showcases 130 images. You’ll recognize 22 of them from The Americans; the rest, however, are more or less unknown photos shot by Frank in the 1950s. These photos stand up with the best of his work. 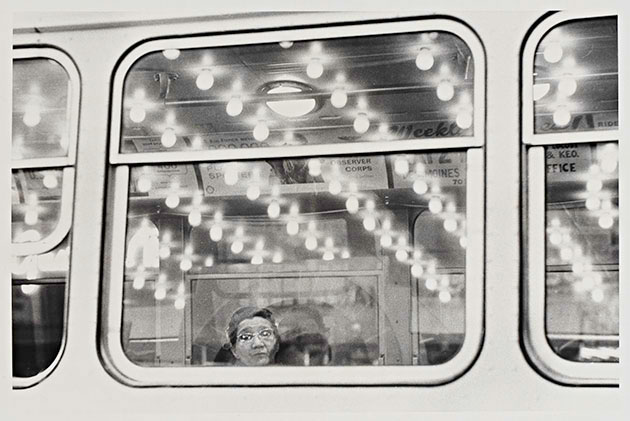 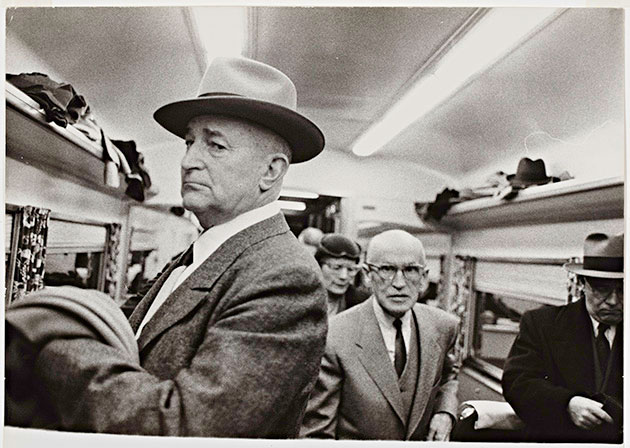 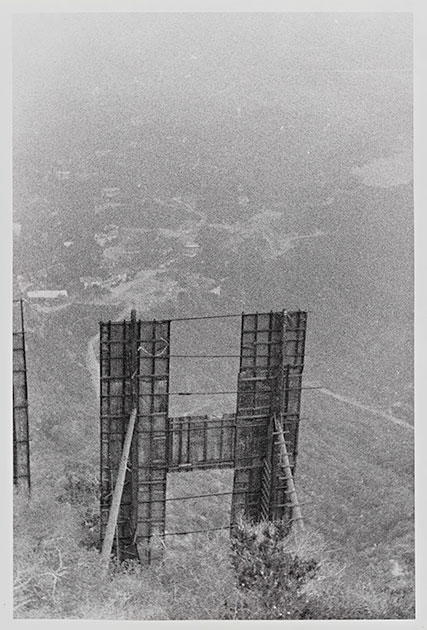 As an introduction to Frank’s images, Peter Galassi, former chief curator of photography at New York’s Museum of Modern Art, examines the photographer’s work from 1947 through the early ’60s. In his essay, Galassi shows Frank’s evolution as a photojournalist and puts his work in context with other photographers of the era, notably his protégé Ted Croner‘s blurry, energetic images of New York City at night, Alexey Brodovitch’s frenetic ballet photos, and Sid Grossman‘s photos of the gritty streets of New York. Thankfully, the essay avoids falling into the trap that too many catalog/photobook essays do: being overly academic, dense with critical-theory jargon. It’s smart but clear, full of well-presented (and well-illustrated) information.

The intro also includes a detailed map of Frank’s travels across the United States from the late ’40s through the early ’60s—before, during, and after his Guggenheim travels, when he shot the work for The Americans. The map provides corresponding location and date information to photos in the book. It’s a real treat for photo nerds.

The Americans famously has only 83 carefully edited and sequenced images. In America has 130 photos grouped together by subject. It’s a more obvious way of looking at the photos, but doesn’t diminish the overall greatness of the book. 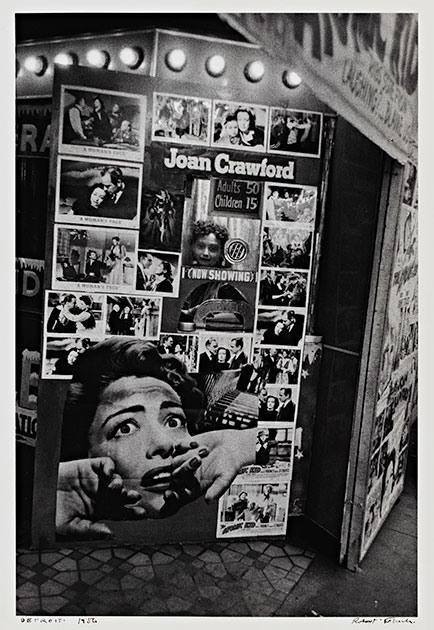 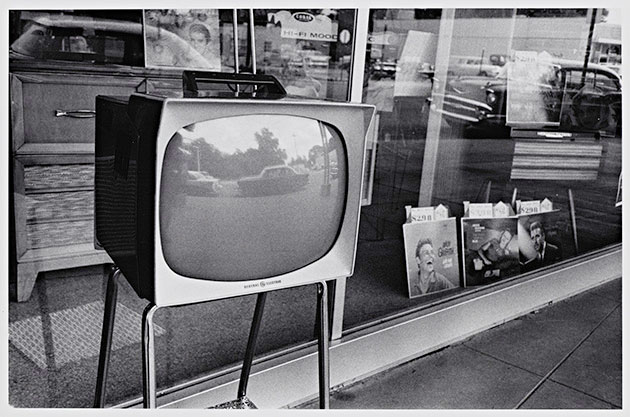 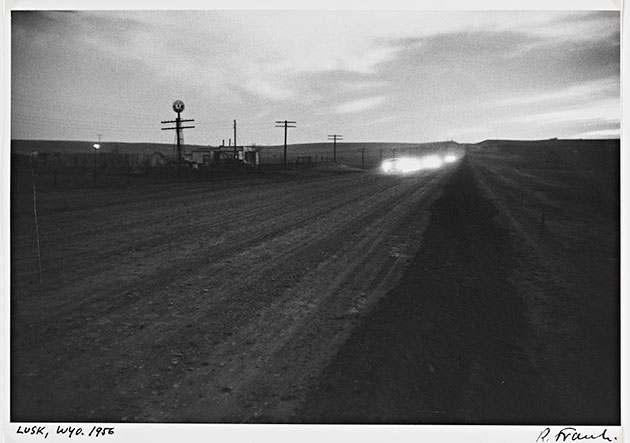 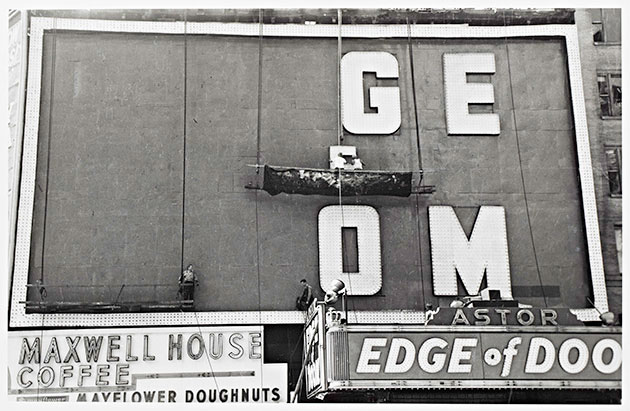 As great as the photos are, the strength in this book particularly lies in the additional context it provides for Frank’s work, and for the work in The Americans. Seeing that he didn’t just one day pick up a Leica, hop in his car, drive around the United States, manically edit photos to produce The Americans is instructive, even with all we know about Frank today. Putting his evolution in context, as Galassi’s illustrated essay does, then diving into the exceptional photos makes this book (and exhibition) worthwhile. It’s a perfect way to celebrate Robert Frank’s 90th birthday. 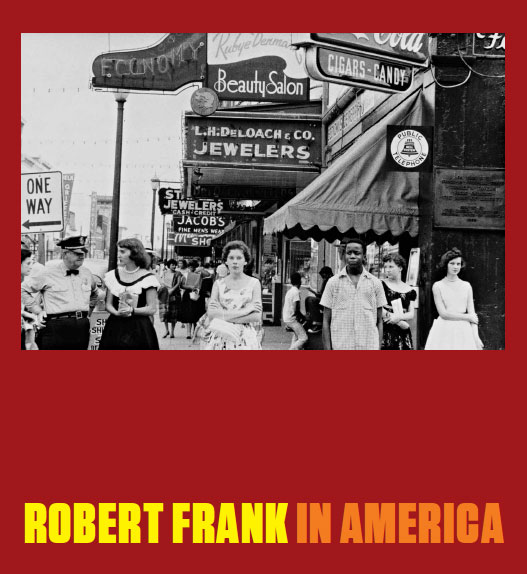 Robert Frank in America is on display at the Cantor Arts Center at Stanford University until January 5, 2015. The accompanying 200-page exhibition catalog is published by Steidl.