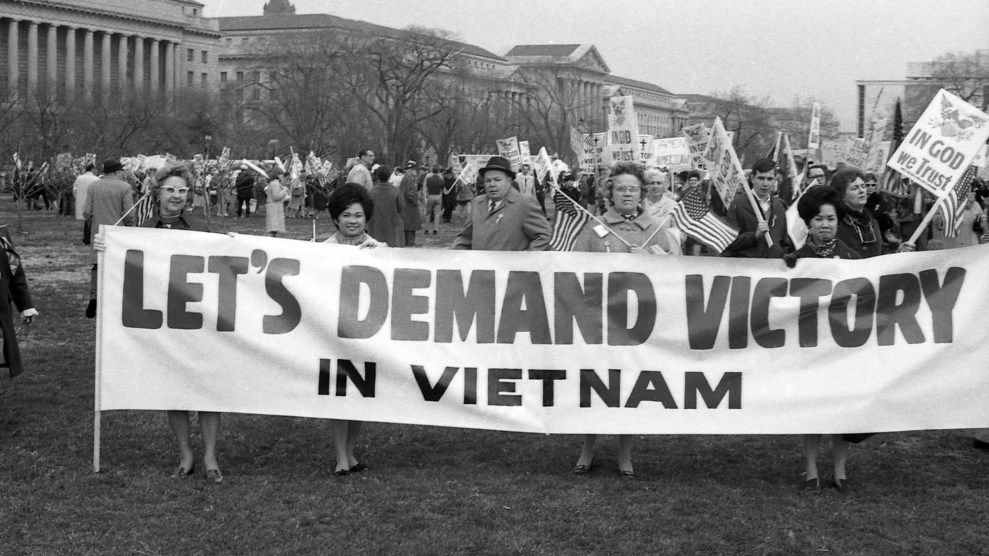 Fundamentalist demonstrators march at the Washington Monument in support of the Vietnam War in 1970. Tom Norpell

In April 1970, Tom Norpell was an aspiring photojournalist working as a darkroom technician in Washington, D.C. After hearing about a rally in support of US involvement in the Vietnam War, he borrowed his brother’s camera and headed to the Washington Monument with six rolls of film.

The pro-war protest held on Wednesday April 8, 1970, Norpell recalls, “was neither the largest pro-war rally nor one that represented the majority of Americans who supported the war.” The rally was organized by a fundamentalist coalition, though neo-Nazis and other extreme right-wingers also showed up, as did pro-peace counterprotesters. Nonetheless, “For marchers fed up with antiwar protests dominating the evening news, it was their moment in the sun.”

All photographs by Tom Norpell. 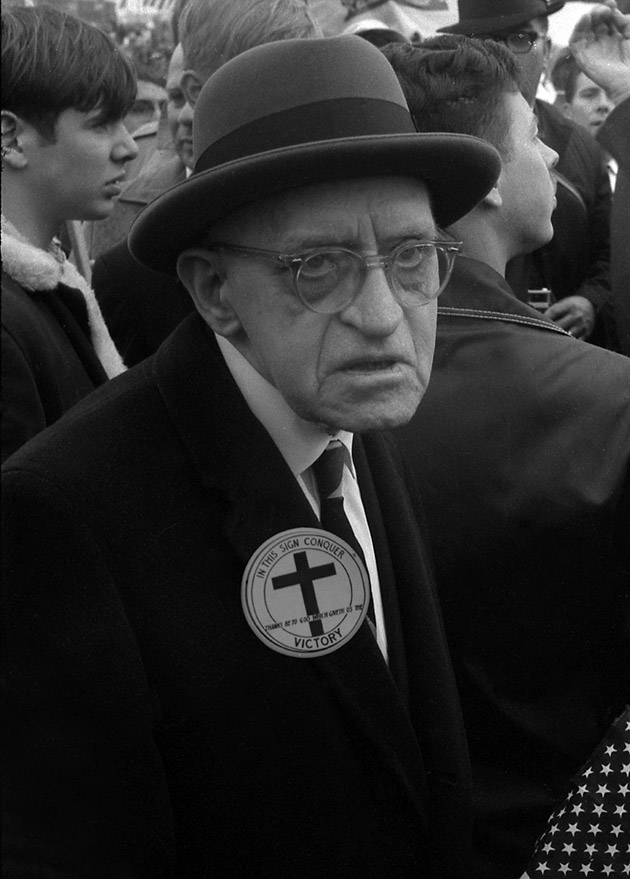 Political and religious zeal commingled at the rally, captured by this man’s button, “In This Sign Conquer.” 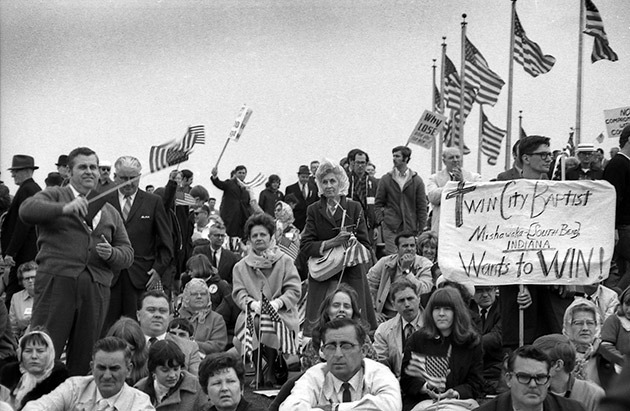 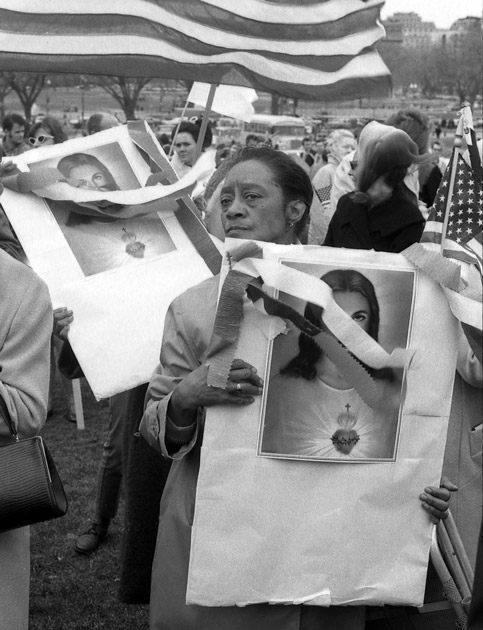 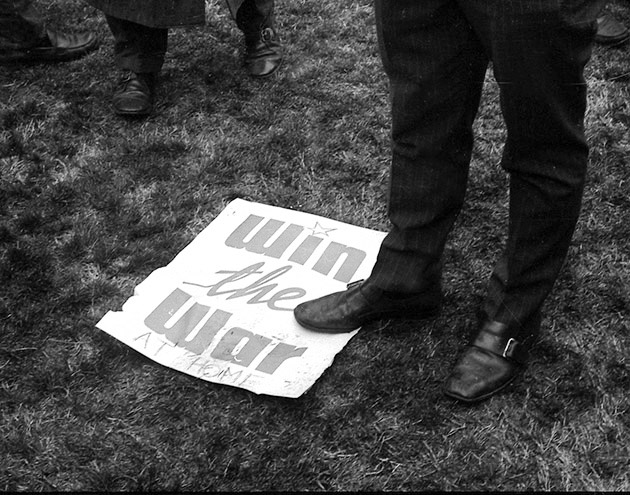 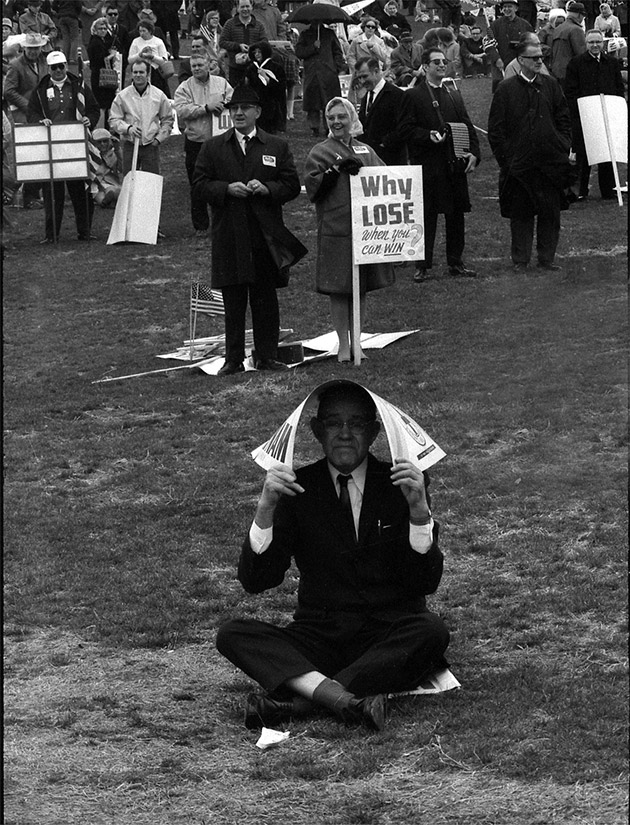 A man shelters himself from the rain during the rally. 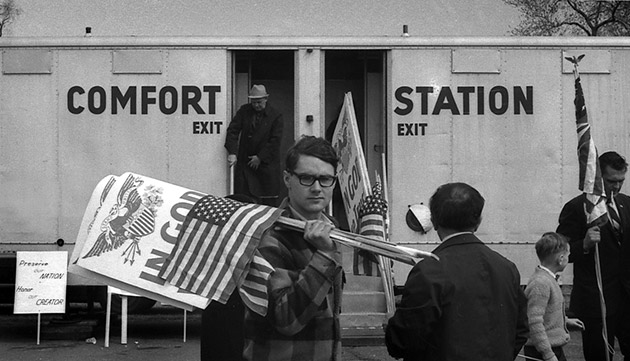 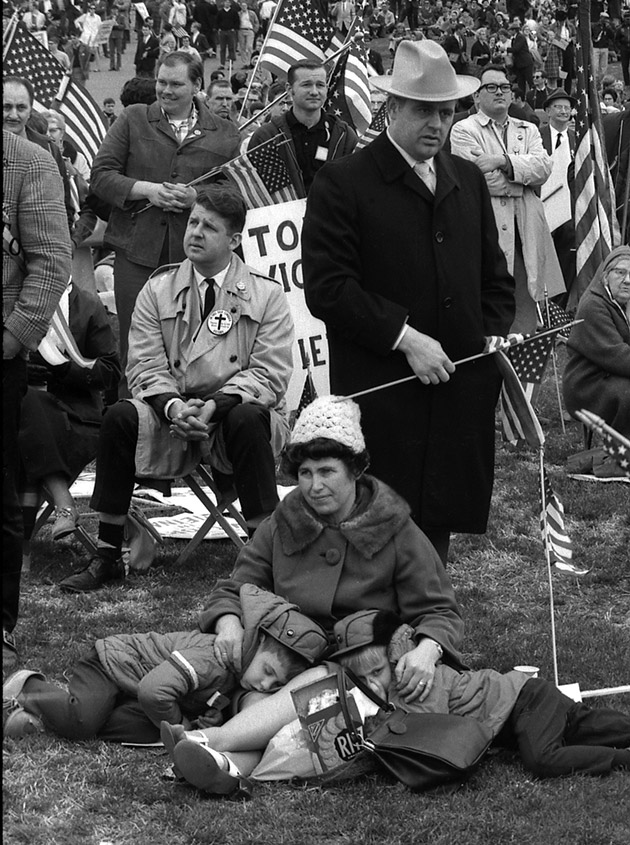 A resting child looks at Norpell with suspicion. 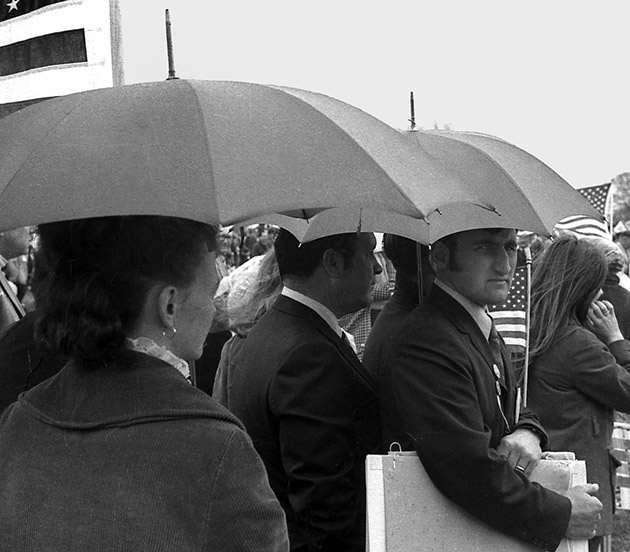 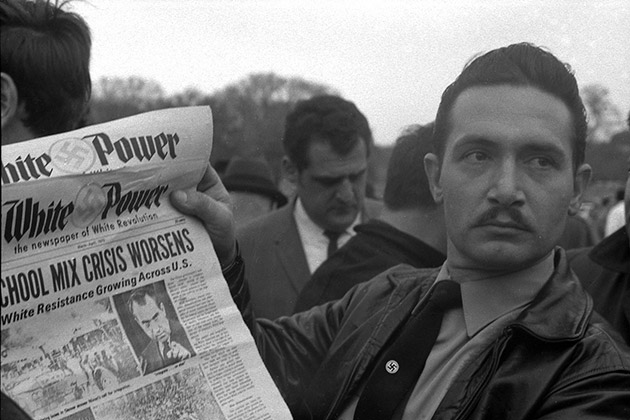 An American Nazi Party member with a copy of White Power, “the newspaper of White Revolution.” 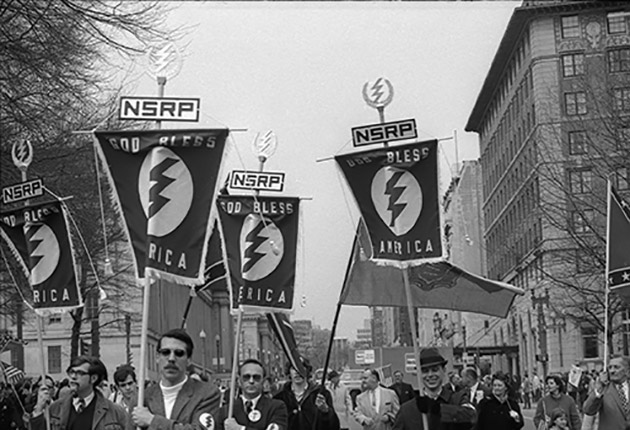 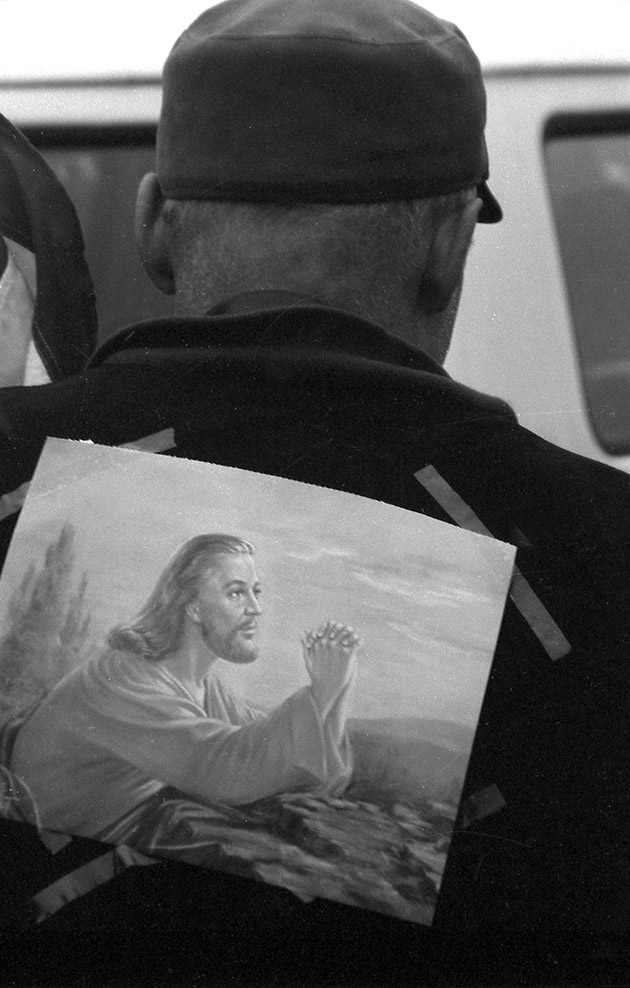 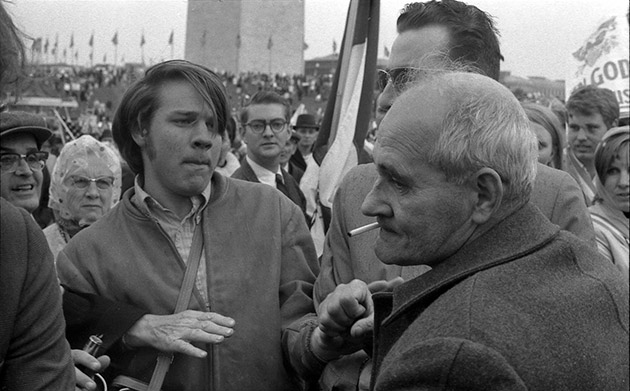 A man is restrained as he prepares to take a swing at an antiwar protester. 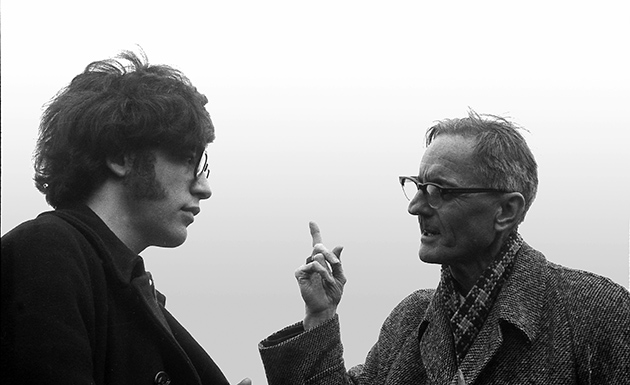 A World War II veteran talks with an antiwar counterprotester. 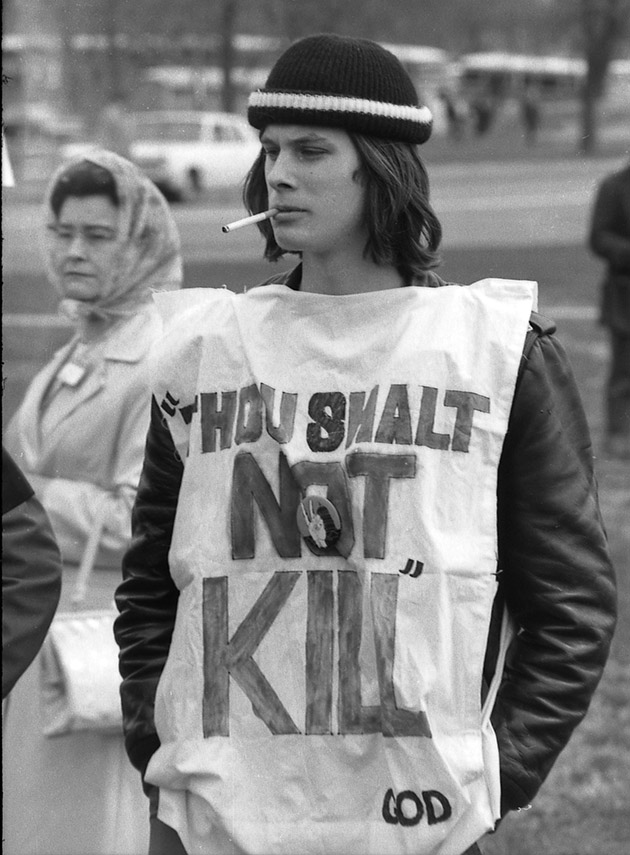