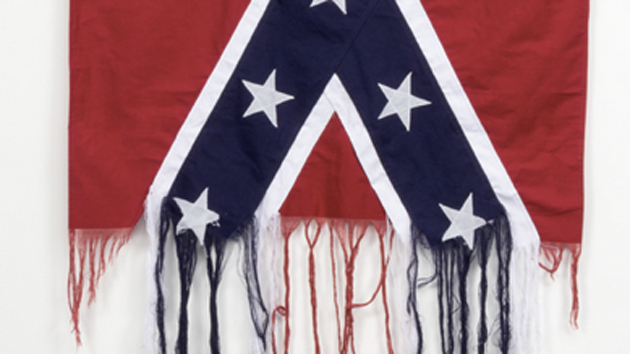 In the wake of the tragedy in Charleston, South Carolina, one might not expect to see a Confederate battle flag solemnly hanging in the heart of New York City. But along with reflecting a history of hatred, racism, and violence, this particular flag—on display with tattered, red, white, and blue threads dangling—tells a different story.

Beside it sits the remnants of a separate flag, now reduced to red, white, and blue piles of fabric. The two pieces on display at the Mixed Greens gallery, called “Unraveling” and “Unraveled,” were pulled apart by hand by artist Sonya Clark to symbolize the work needed to be done to undo the legacies of racism, prejudice, and injustice, represented by the flags. 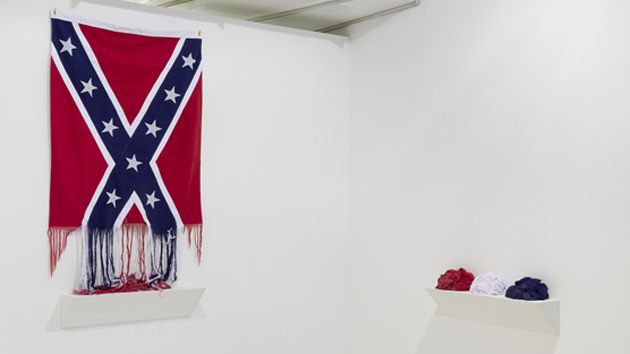 “Unraveling” and “Unraveled” on display in New York.

Clark, a textile artist who serves as the Department chair of craft and material studies at Virginia Commonwealth University, often tackles issues of race and identity in her work. Compelled by the news of police brutality and the Black Lives Matter movement, Clark was inspired to make a piece that would speak to both the current issues and the long history of racism in America. 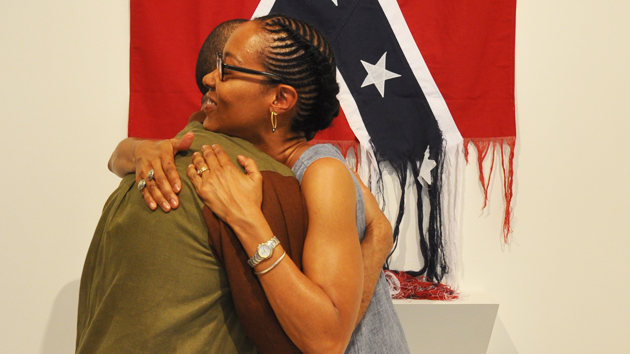 Artist Sonya Clark hugs a volunteer in front of “Unraveling.”

Then, during a tour of the Museum of the Confederacy in Virginia, she came face to face with one of the original battle flags of the Confederacy. She took a photo of the tattered flag, capturing her own reflection in the protection glass, and it sparked an idea.

On April 9, on the 150-year anniversary of the end of the Civil War, she began pulling apart a Confederate flag. Piece by piece, string by string, she and her studio assistants undid the heavy woven fabric until it became something unrecognizable. The result, and the act of unraveling, serves as an important metaphor. 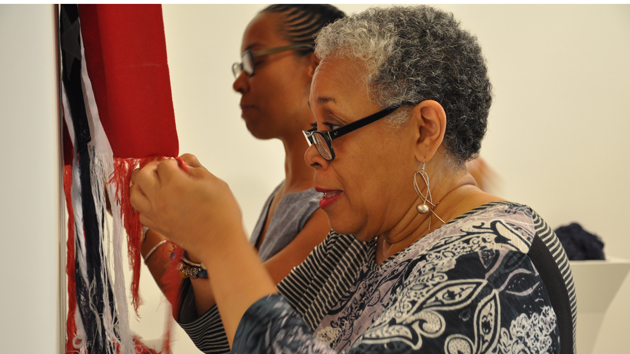 “We understand cloth in a way,” she explains. “We are all wearing cloth. But we actually don’t understand how it is made. We live in the United States of America and we are used to a kind of injustice because it is part of the fabric of our nation. There’s a way in which unraveling a cloth—using that metaphor, using that sense of a material that we are so familiar with, but we don’t actually understand how it was constructed. Undoing it helps us understand that.”

The fully undone flag, named “Unraveled,” now reduced to piles of thread, sits next to “Unraveling,” the flag that still remains mostly intact. That piece serves a related but separate purpose. It represents the collective work needed to be done to unravel racism, and the dialogue that helps facilitate that work. Starting with a flag that had only partially been unwoven, 50 volunteers joined Clark in pulling apart the heavy cotton threads on opening night of the exhibit. In an hour and a half they were only able to dismantle about an inch, but Clark says the exhibit helped ignite important discussions. 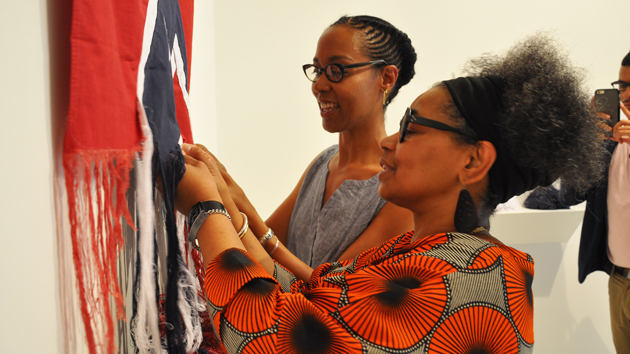 “I don’t think we are going to get far in terms of undoing the deep history of racism and the legacies of prejudice and injustice without having dialogue,” she explains. “It allowed me to stand next to people who volunteered, to undo the flag together, one on one. So we were having conversations about the process, about our lives, about ourselves.”

This isn’t the first time Clark has used the divisive image to make a broader point. In 2010 she made her first Confederate flag piece, to highlight how the wealth of this nation was built on the backs of slave labor. Threads stitched into a Confederate flag painted onto canvas depict an overlaying American flag in cornrows and Bantu knots. 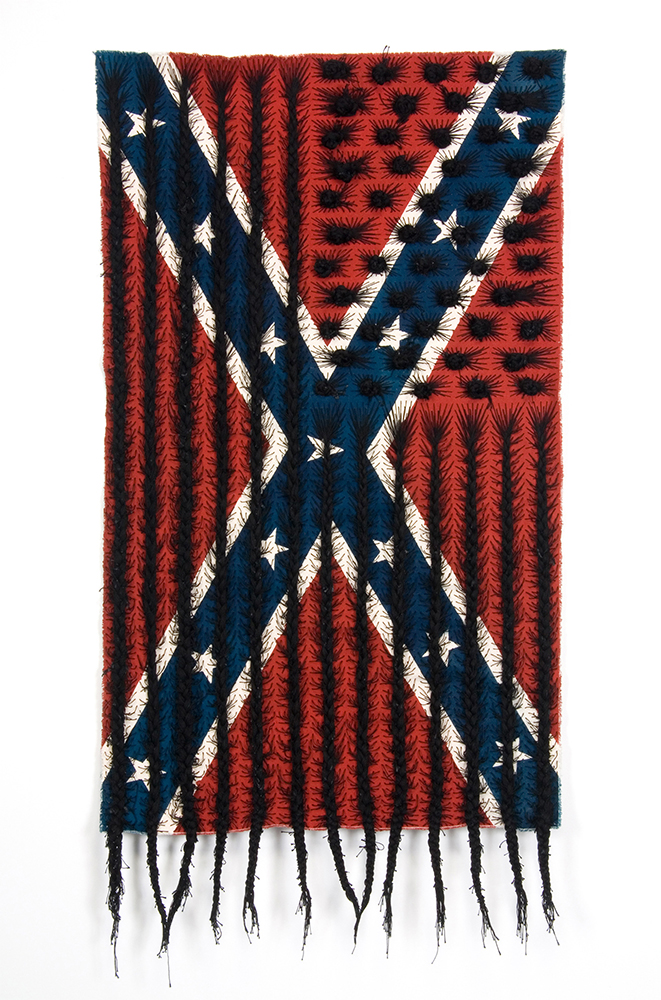 “I used cornrows because they are of course African diasporic, a hairstyling technique that is pretty traditional. But the cornrows themselves also refer to working the land, and the Bantu knots refer to a group of people who were enslaved and brought across during the transatlantic slave trade,” she explains. “Even in the name of those hairstyles, it refers to the people and the working of the land—the free labor that people of African descent provided.”

Now, heartbroken by the news of the Charleston shooting, she hopes to expand the discussion. She already has plans for more “Unraveling” flags to give those who are interested the opportunity to participate.

“When I made this piece, I certainly would not have foretold that there would have been people massacred in South Carolina. I am saddened, of course, by that fact,” she says with a long pause. “But I do think that what has also happened is that, that awful tragedy has empowered this action of unraveling the Confederate flag. It becomes another example of the work that we have to undo.”

See more of Clark’s work, including her pieces on black hair, here.