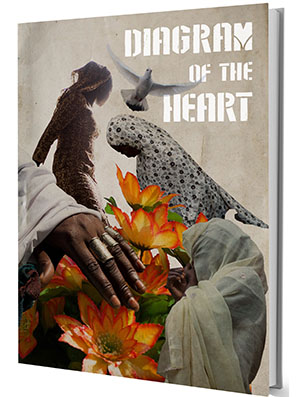 The open markets of northern Nigeria are known for their bombings. This conservative Islamic region is where the militant group Boko Haram laid the groundwork for a caliphate, which included kidnapping schoolgirls and sending suicide bombers into commercial centers. (Just this week, the group dispatched bomb-laden women to a camp for women and children fleeing its violence, killing 58 people.) In 2012, when photojournalist Glenna Gordon first visited Kano, a city hit by some of the violence, she expected to encounter stories of fear and tragedy. What she didn’t expect was the love stories. 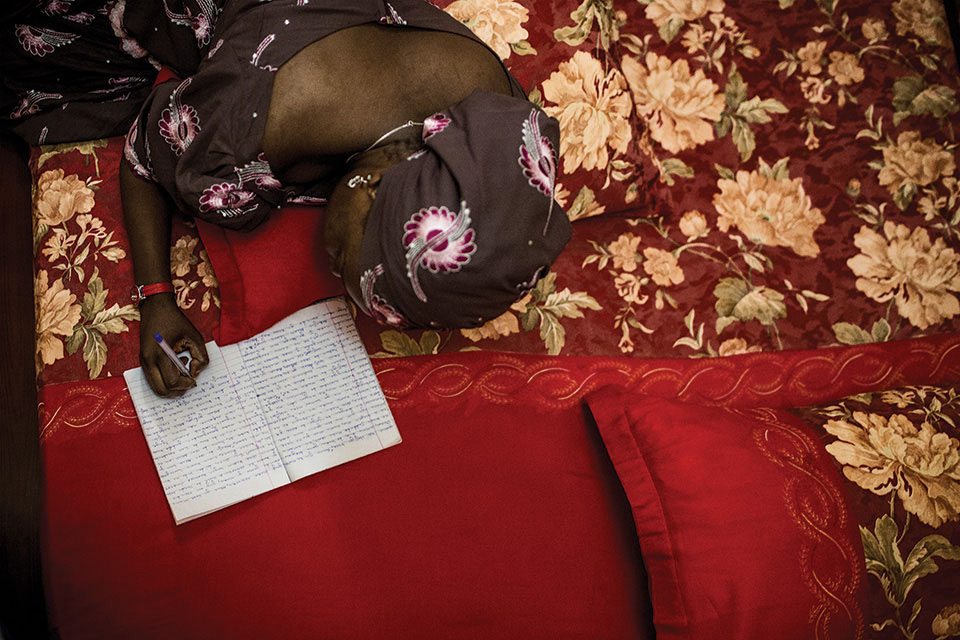 Kano’s markets, Gordon discovered, do a brisk commerce in local romance novels, scribbled by hand before being digitally transcribed, bulk printed, and sold for a couple of dollars each. Part of the Hausa tradition of littattafan soyayya, or love literature, the books are penned by devout Muslim women who live in walled-off compounds yet brave the Islamic censors and morality police to get their work published. With titles like Sin Is a Puppy That Follows You Home, some of the books push cultural boundaries—railing against child marriage, for instance—while others enforce them, with tips to satisfy husbands. All told, as Gordon documents in her new photo book, Diagram of the Heart, they offer a complicated glimpse of what it means to be a Muslim woman grappling with romance, religion, and loss in a chaotic region. 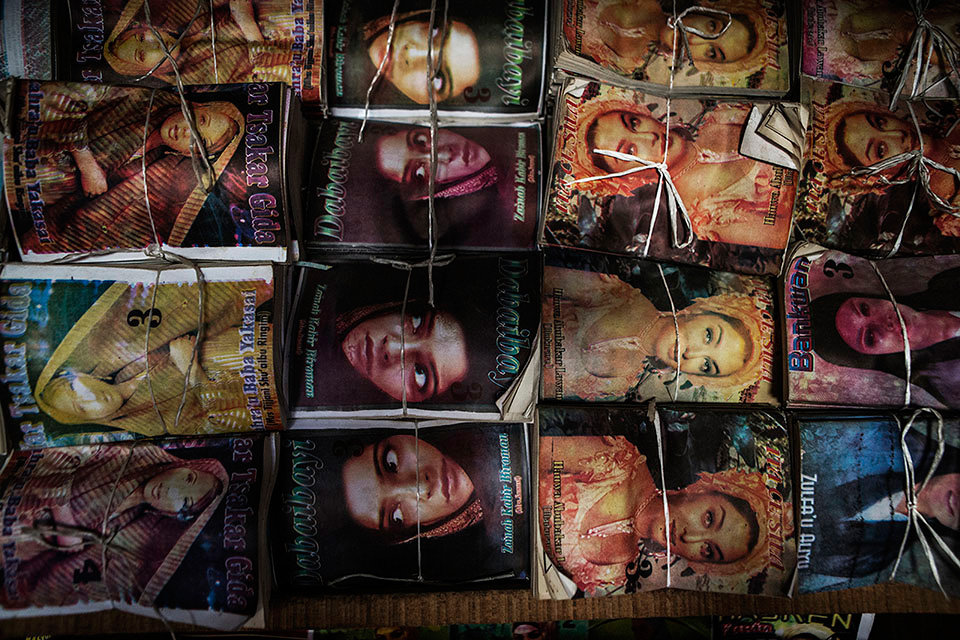 Love literature at the market in Kano, northern Nigeria.

Before Gordon arrived in northern Nigeria, she told me, “I was afraid of everything.” That is, until she jumped into a beat-up taxicab with one of the novelists, Rabi Talle, and her sisters—”a band of loud laughing women dressed up to the nines” for a wedding party. “What I learned,” she said, “was that there’s opportunity within constraint.” Despite cultural restrictions, the women were writing these books, posting on Facebook, and wearing bright makeup. Perhaps most radically, they were earning their own livings. Talle boldly includes contact information in her novels—her multiple cellphones ring constantly with women seeking advice. 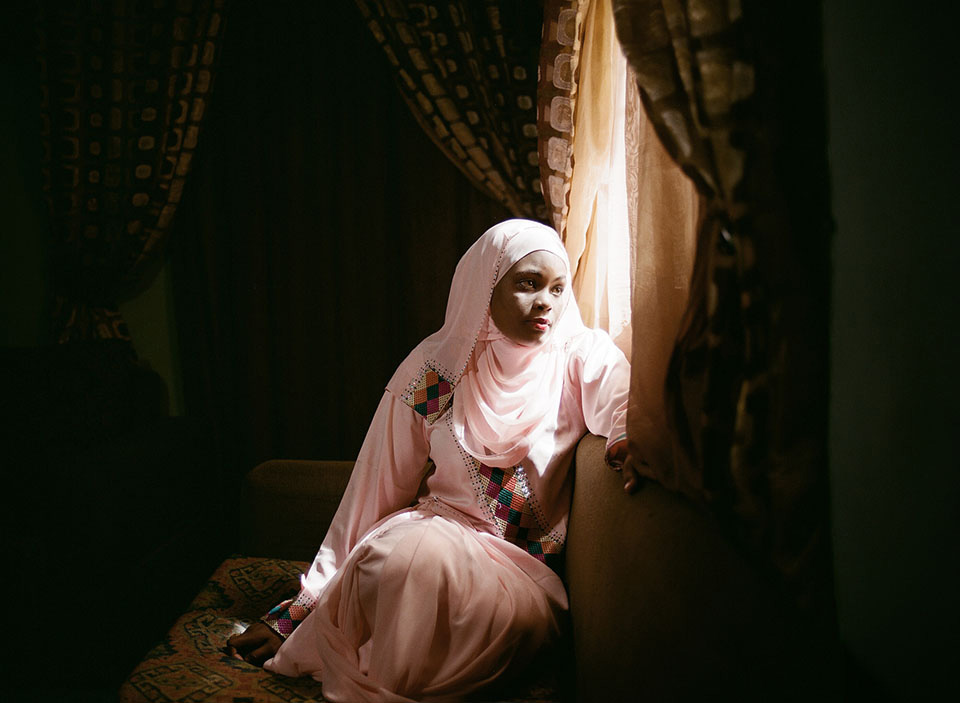 Farida Ado, 27, is one of a small contingent of Muslim romance authors in increasingly fundamentalist northern Nigeria.

Gordon’s photos capture intimate moments: a novelist bringing sweet fruit to a lover, a woman settling a family dispute with the morality police, a young bride crying beneath her veil. “I want this to show us places that we don’t know, people that are hard for us to imagine, and women who have a degree of autonomy and professional success within a system that is hard for us to accept,” Gordon said. It’s easy to base assumptions on acts of extremism. But “there’s so much more. There’s this beautiful, fascinating world out there, where women write books and little girls read them.” 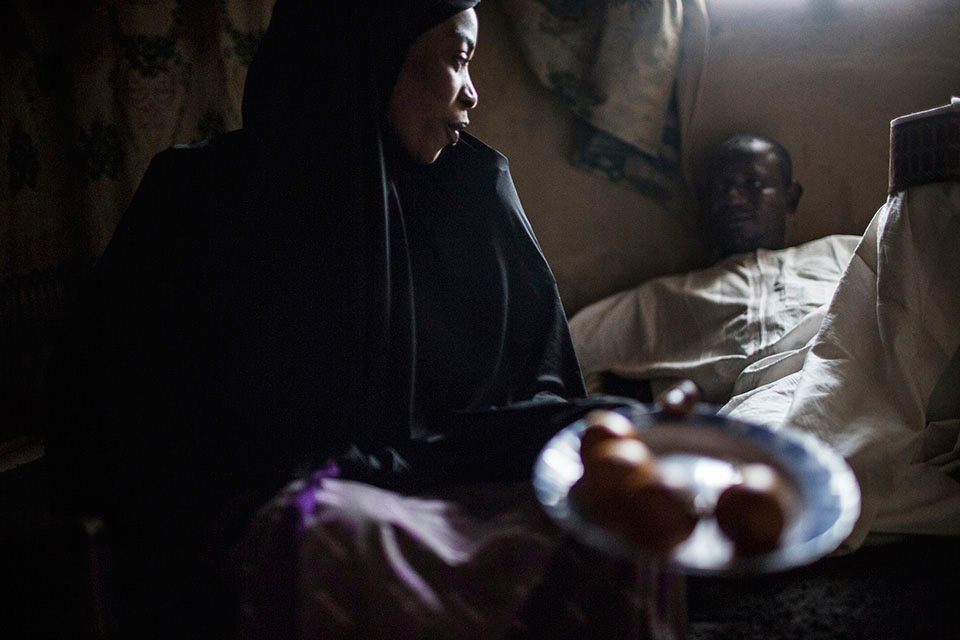 Novelist Rabi Tale with one of her suitors. She was engaged once, but the man’s family didn’t approve of her writing. 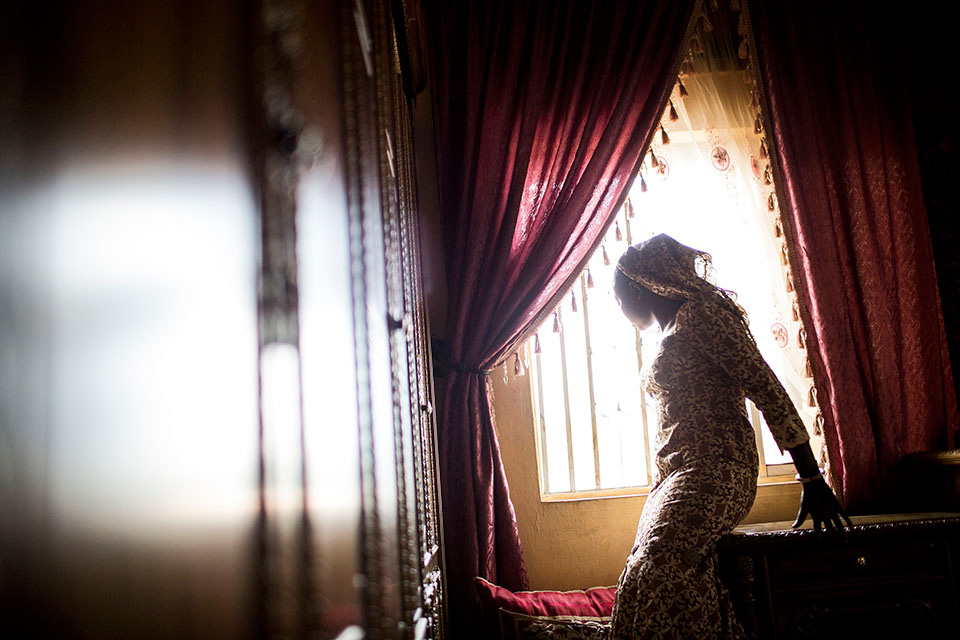 A bride-to-be prepares for her wedding. (Many of the books are about love and marriage.) 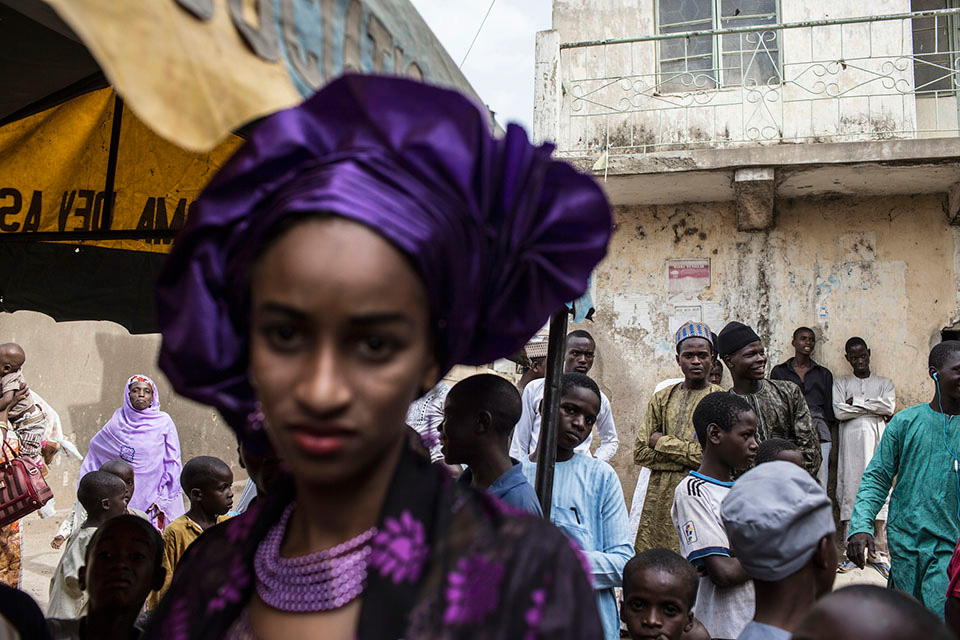 A bride at an Islamic wedding in Kano stands away from the men—male and female guests seldom mix. 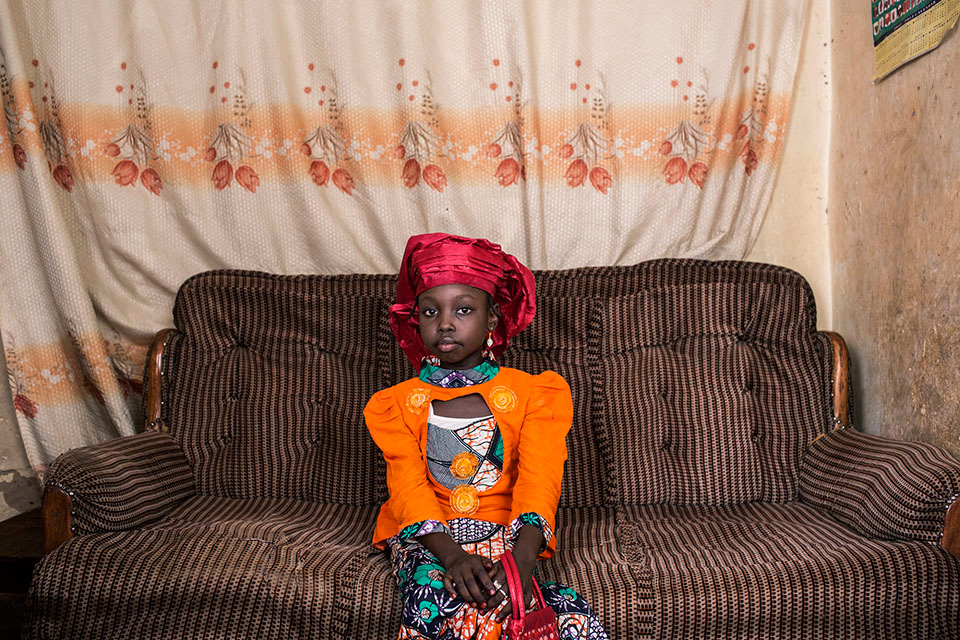 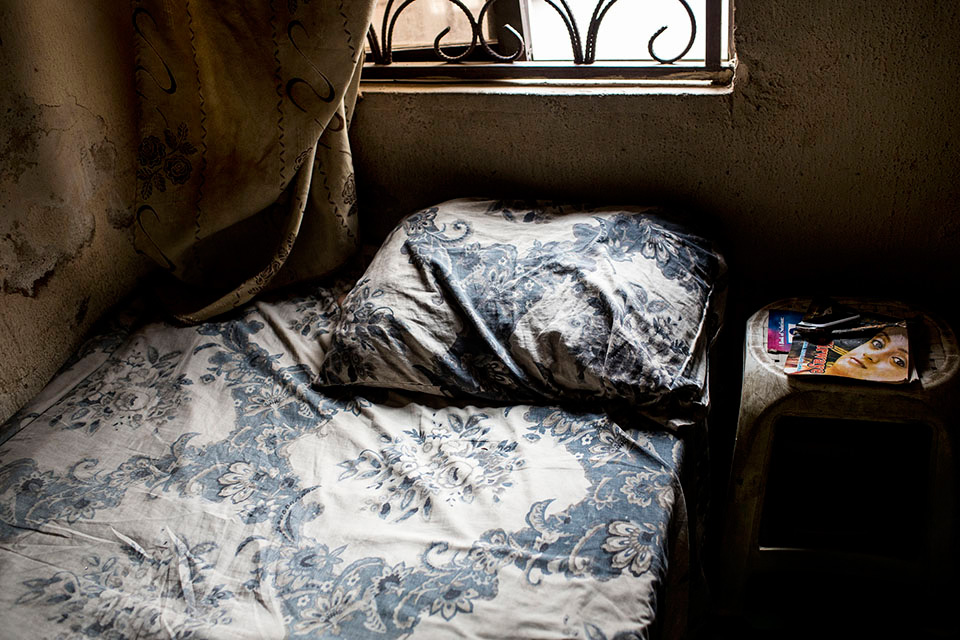 A novel rests on a bedside table. 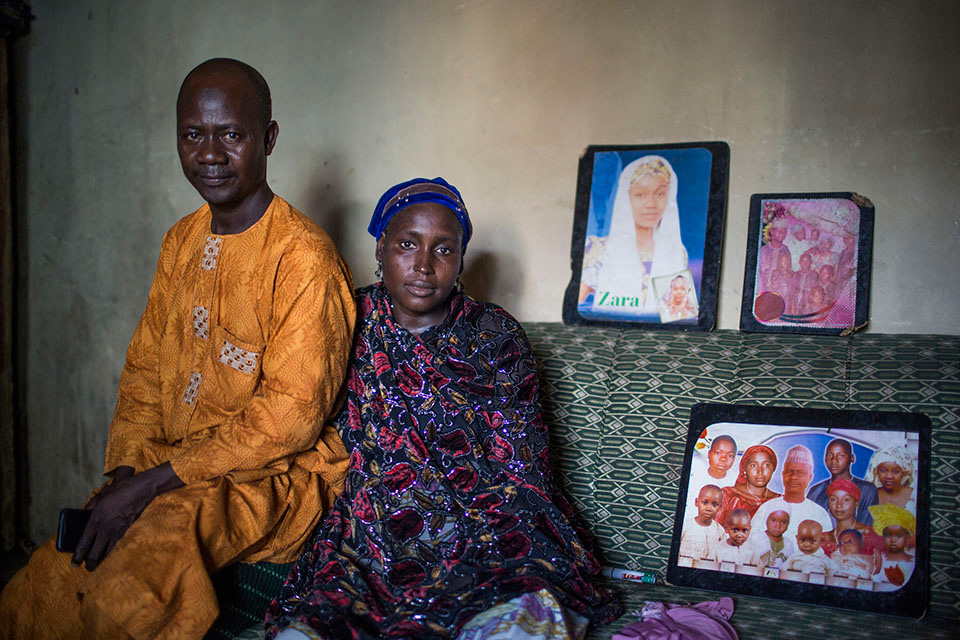 Sani, a taxi driver, with one of his wives. His eight children are visible in the lacquered photograph. 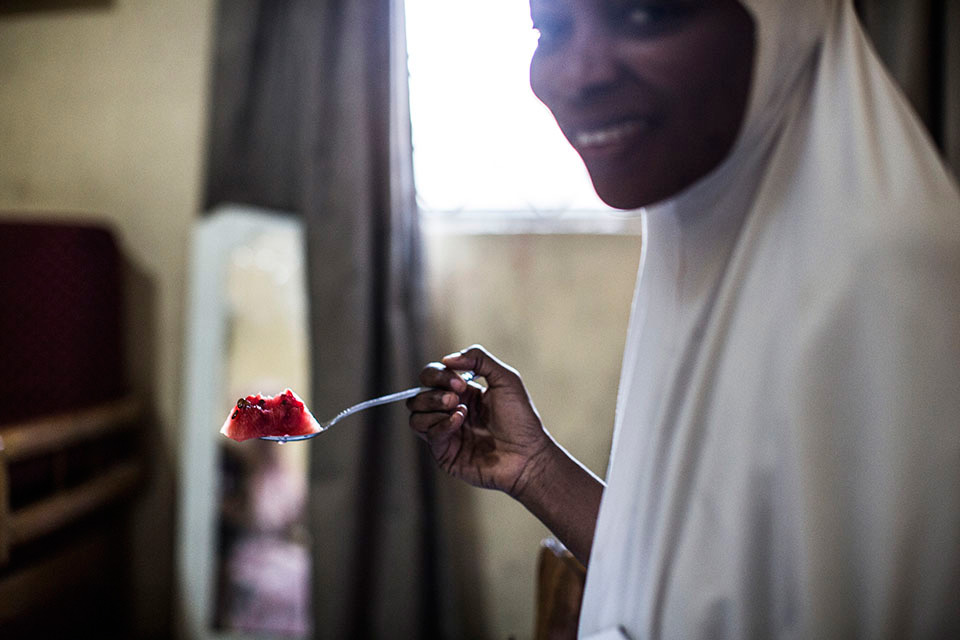 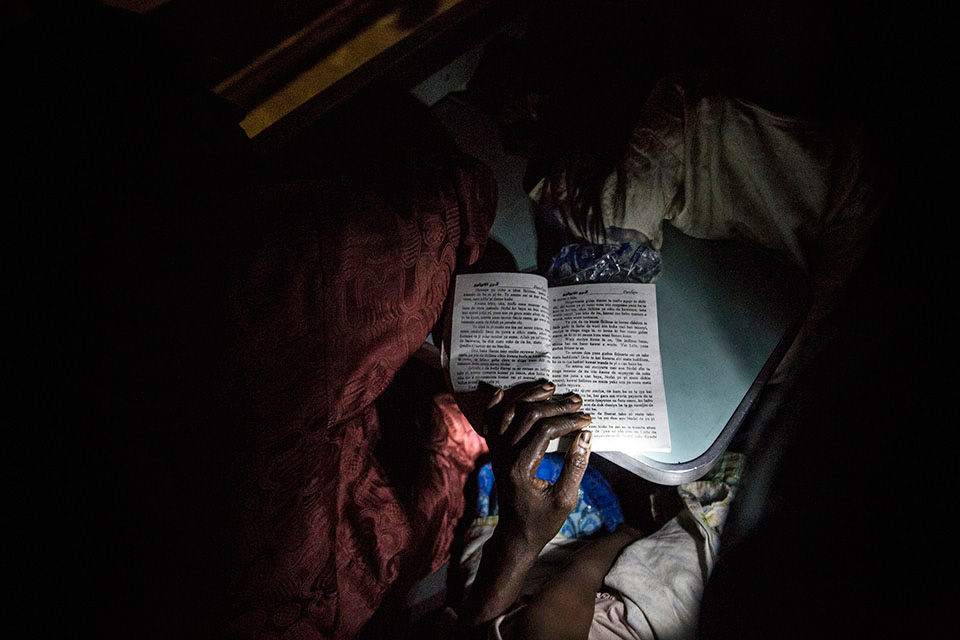 All photos by Glenna Gordon, from Diagram of the Heart (Red Hook Editions, 2016).