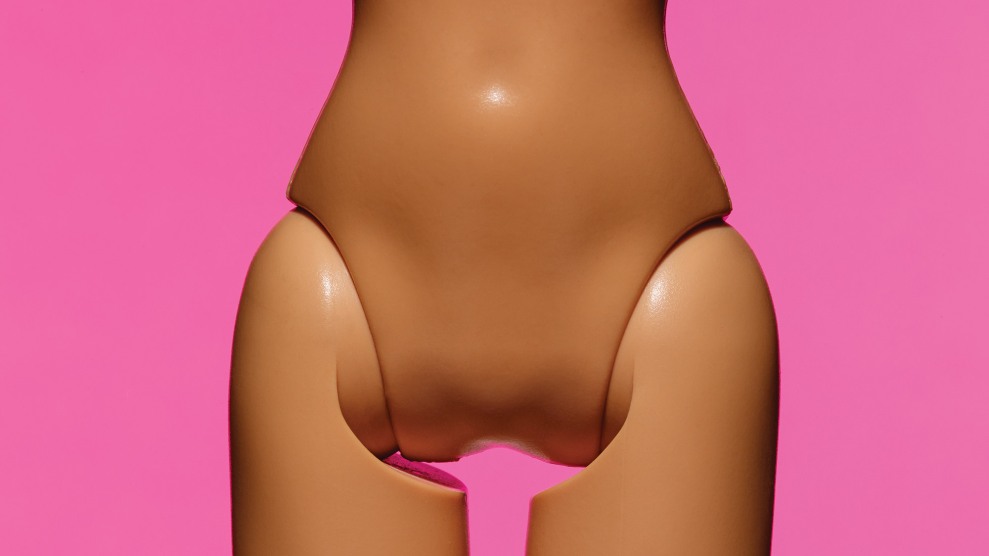 One night not long ago while coming home late from a dinner with friends, I passed frat row near the University of California-Berkeley campus. Groups of girls were clacking along the street in their party uniforms: short skirts, bare midriffs, five-inch heels. One of them stopped and lifted her skirt above her waist, revealing a tiny thong, a flat belly, and some righteously toned glutes. She looked happy and strong, laughing, surrounded by friends, having fun. Then she turned toward a building where two bros, appraising the relative “hotness” of those trying to gain entrée to their party, were posted by the door.

Honestly? I didn’t know whether to be impressed or appalled.

I have spent three years interviewing dozens of young women about their attitudes toward and experiences with physical intimacy. On the one hand, girls would enthuse about pop icons like Beyoncé, Gaga, Miley, and Nicki who were actively “taking control” of their sexuality. Whereas earlier generations of feminist-identified women may have seen Kim Kardashian West’s “happy #internationalwomensday” tweet and accompanying nude selfie (Instagram caption: “When you’re like I have nothing to wear LOL”) as something to denounce, many of today’s generation talked about it as an expression rather than an imposition of sexuality—brand promotion done on her own terms.

When you’re like I have nothing to wear LOL pic.twitter.com/UlSLZb1fp1

Young women may not have a million-dollar empire to promote, but they can relate. As one college sophomore told me, she never feels more “liberated” than “when I wear a crop top and my boobs are showing and my legs are showing and I’m wearing super high heels.” She added, “I’m proud of my body, and I like to show it off.”

But a moment later it became clear that unless, through fortuitous genetics or incessant work, you were able to “show off” the right body, the threat of ridicule lurked. The young woman told me that a friend had recently gained some weight. It’s not that she couldn’t wear skimpy clothes, the woman explained. “But she knows how she would feel if there were asshole-y boys who were like, ‘She’s a fat girl.'”

Young women talked about feeling simultaneously free to choose a sexualized image—which was nobody’s damned business but their own—and having no other choice. “You want to stand out,” one college freshman explains. “It’s not just about being hot, but who can be the hottest.”

Most young women I met had been removing their pubic hair—all of it—since they were about 14. They cast it as a “personal choice,” saying it made them feel “cleaner.” Yet, when I pressed further, another darker motivation emerged: avoiding humiliation. “I remember all these boys were telling stories about this girl in high school, how she kind of ‘got around,'” one young woman told me. “And people would go down there to finger her, or whatever, and there would be hair, and they were appalled…Guys act like they would be disgusted by it.”

“There’s this real sense of shame if you don’t have your genitals prepared,” agreed Debby Herbenick, an associate professor at Indiana University’s School of Public Health. Herbenick studies something called “genital self-image“—how people feel about their private parts. Women’s feelings about their genitals have been directly linked to their enjoyment of sex, she told me. In interviews with young women, she found that those who were uncomfortable with their genitalia were not only less sexually satisfied, but also more likely to engage in unprotected sex. Herbenick is concerned that young women’s genital self-image is under siege, with more pressure than ever to see their vulvae as unacceptable in their natural state. She recalled a student who started shaving after a boy announced—during one of her class discussions—that he’d never seen pubic hair on a woman in real life, and that if he came across it he’d walk out the door.

There’s no question that a bald vulva is baby smooth—some would say disturbingly so. Perhaps in the 1920s, when women first started shaving their legs and armpits, that act seemed creepily infantilizing, too, but now depilating those areas is a standard rite of passage. That early wave of hair removal was driven by flapper fashions that displayed a woman’s limbs; arms and legs were, for the first time, no longer part of the private realm. Today’s pubic hair removal could be seen the same way: We have opened our most intimate parts to unprecedented scrutiny, evaluation, commodification.

I trust I don’t need to remind the reader that Barbie (a) is made of plastic and (b) has no vagina.

Consider: Largely as a result of the Brazilian trend, cosmetic labiaplasty, the clipping of the folds of skin that make up the vulva, has skyrocketed as well. While it’s still a small slice of overall cosmetic surgeries, according to the American Society for Aesthetic Plastic Surgery, there was a 16 percent rise in the procedure between 2014 and 2015—following a 49 percent jump the previous year. Labiaplasty is rarely under­taken for sexual function or pleasure; it can actually impede both. Never mind: In 2014, Dr. Michael Edwards, the society’s president-elect, hailed the uptick as part of “an ever-evolving concept of beauty and self-confidence.” One sought-after look, incidentally, is called—wait for it—the Barbie: a clamshell-type effect, meaning the outer labia appears fused, with no visible labia minora. I trust I don’t need to remind the reader that Barbie (a) is made of plastic and (b) has no vagina.

It might be tempting to pass off my concerns as the hand-wringing of an older generation. And if all that sexiness were making for better sex, I might embrace it. Yet while young women talked about dress and dep­ilation as things they did for themselves, when they talked about actual sex, that phrase disappeared. Virtually none of the women I met had been told what (or where) a clitoris was. Sex education tends to stick with a woman’s internal parts—uteri, tubes, ovaries. Those classic diagrams of a woman’s reproductive system, the ones shaped like the head of a steer, blur into a gray Y between the legs, as if the vulva and the labia, let alone the clitoris, don’t exist. Whereas we talk about male puberty and the emergence of a near-unstoppable sex drive, female puberty is defined by…periods and the possibility of unwanted pregnancy. When do we talk to girls about desire and pleasure?

Few of the young women I met had ever had an orgasm with a partner, either, though according to one longitudinal study, the percentage of college women who fake it is on the rise, from less than half in the early 1990s to 69 percent in 2013. Meanwhile, a researcher at the University of Michigan found that when asked to talk about good sex, college men are likely to talk about pleasure while women are likely to use their partners’ satisfaction to measure their own.

It’s not surprising that young women feel powerful when they feel “hot”: It’s presented to them over and over as a precondition for success. But the truth is that “hot” tells girls that appearing sexually confident is more important than actually being confident. And because of that, as often as not the confidence that “hot” confers comes off with their clothes.

This article is adapted, in part, from Peggy Orenstein’s new book, Girls & Sex.