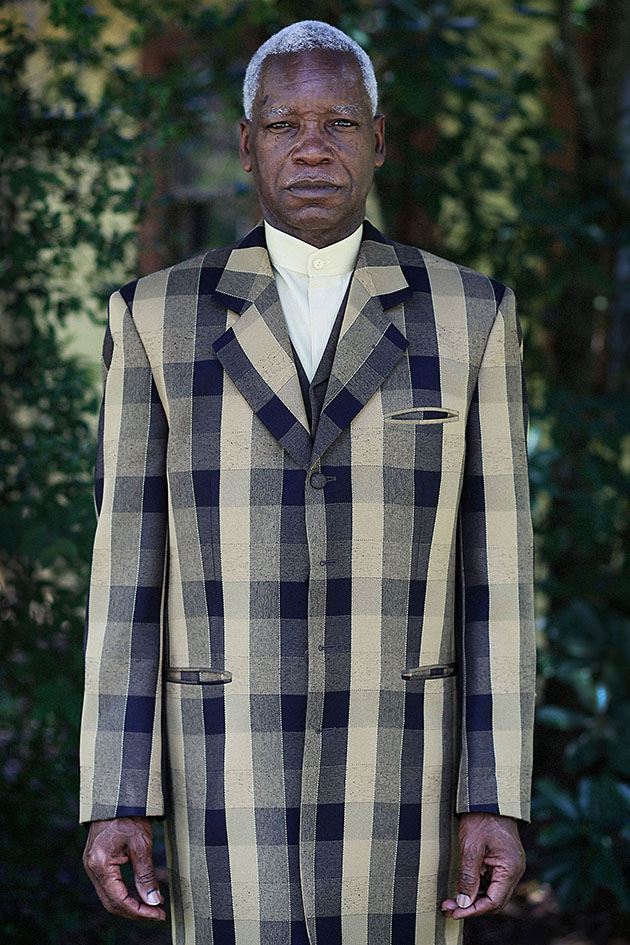 Johnny Jones
Whether singing in a choir or playing keyboards on stage Saturday nights, music is been Jones’ passion. He spent his career working on the railroad tracks that run through Tamina. Now retired, Jones devotes his time to singing and recording Gospel music.

When photographer Marti Corn moved to The Woodlands, Texas, in 1996, she found herself living next to the subject of what would become her first book: the town of Tamina.

“Literally across the tracks” from The Woodlands, as Corn says, Tamina is a small community just north of Houston. Founded in 1871 by freed slaves, Tamina (originally known as Tammany) flourished for decades, benefiting from the logging industry and a railroad that ran from Houston to Conroe. It’s the oldest freedman town in Texas and one of the last emancipation communities of its kind left in the country; descendants of the original freed-slave founders still live in town.

But in the 1960s and ’70s, affluent suburbs like Shenandoah, Chateau Woods, Oak Ridge, and The Woodlands grew, pushing up against poorer, rural Tamina . This juxtaposition is what drew Corn to Tamina. As she met its residents, she thought she could help create awareness of the town and its history through her photography. “At the very least,” Corn says, “I could gift those who live in Tamina with a book of portraits and their stories so their descendants would know where they came from.”

Consider Corn’s mission accomplished. Her book, The Ground on Which I Stand (published by Texas A&M University as part of its Sam Rayburn Series on Rural Life), is a nuanced portrait of the town, filled out by archival family photos and a history of the town

The book compiles oral histories of 15 families, from those whose trace their lineage in Tamina for seven generations to relative newcomers. Resilience and pride in Tamina are common threads throughout the book, tying together family stories into a wonderful tribute.

As Annette Hardin, one of the descendants of the founding families, told Corn, “The value developers place on our land is vastly different than ours. What they don’t understand is that it’s not just our property—it’s our legacy. The land represents the blood, heart, and soul of our African American heritage.” 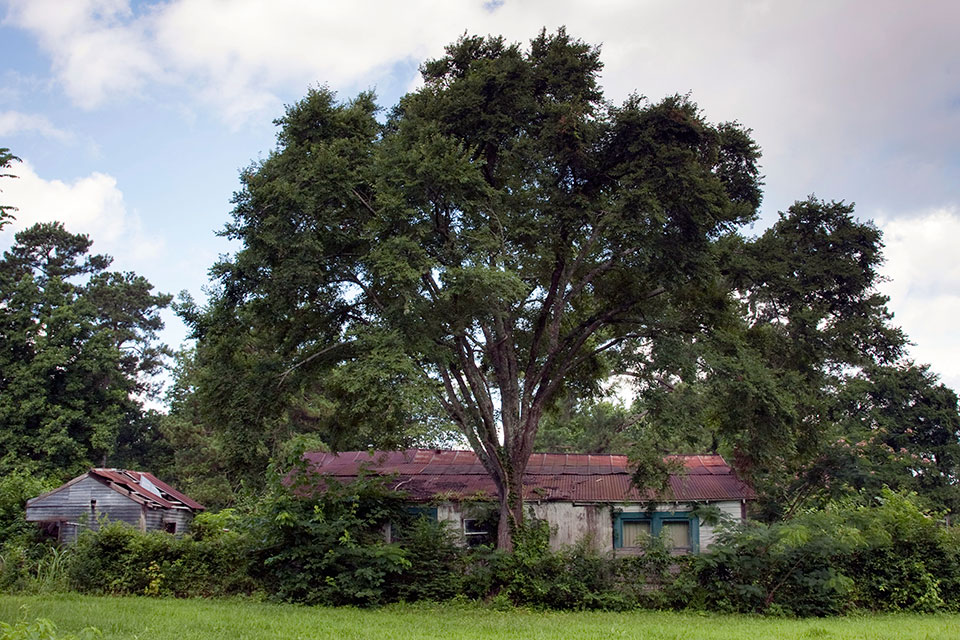 Live Oak
This emancipation town’s landscape has a unique pastoral charm. Eighty-year-old live oaks shade houses built years ago. Horses can be found along most streets behind the wooden fences or tethered to a tree. 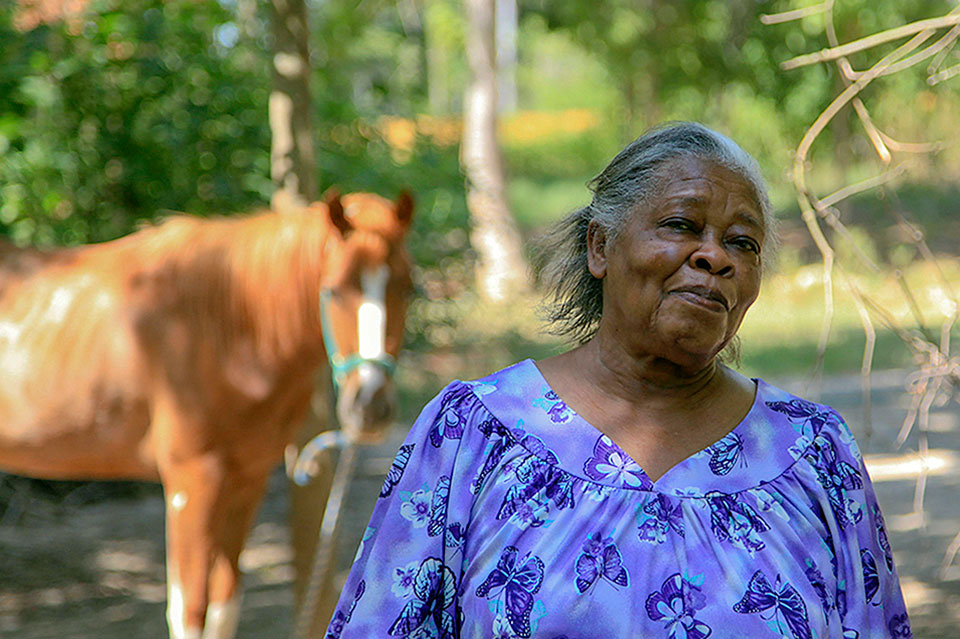 Molly
“The prejudice we have felt might be one of the reasons we are such a close community.” 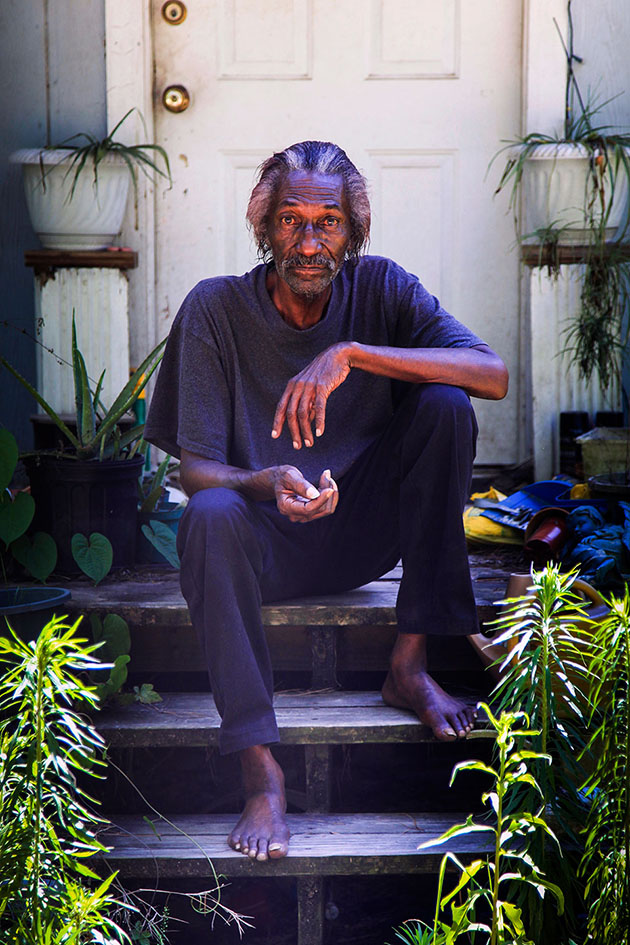 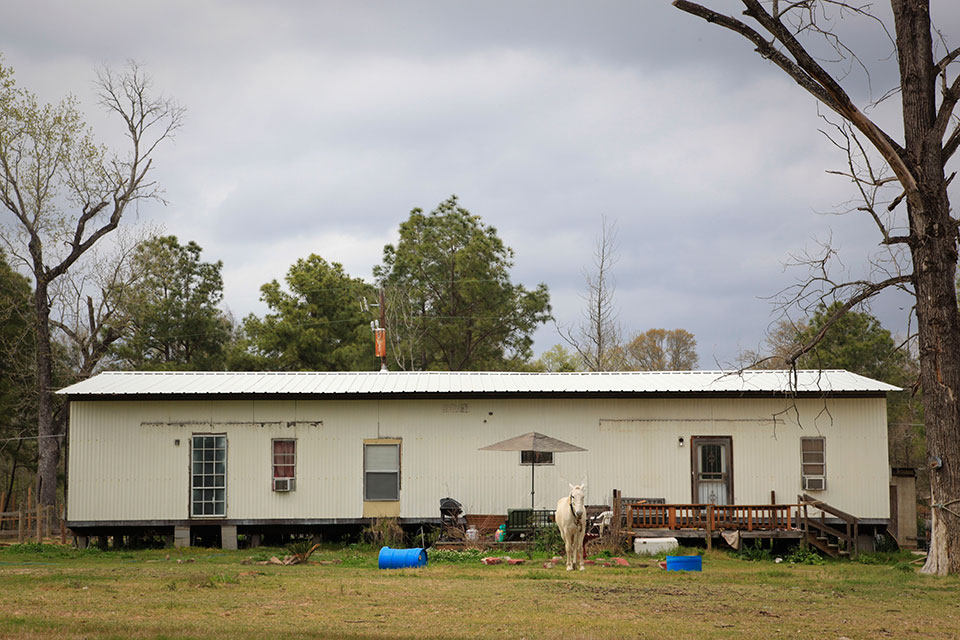 Horse and Trailer
This is a community that is at risk of gentrification as real estate values escalate and surrounding cities eye Tamina land for development. 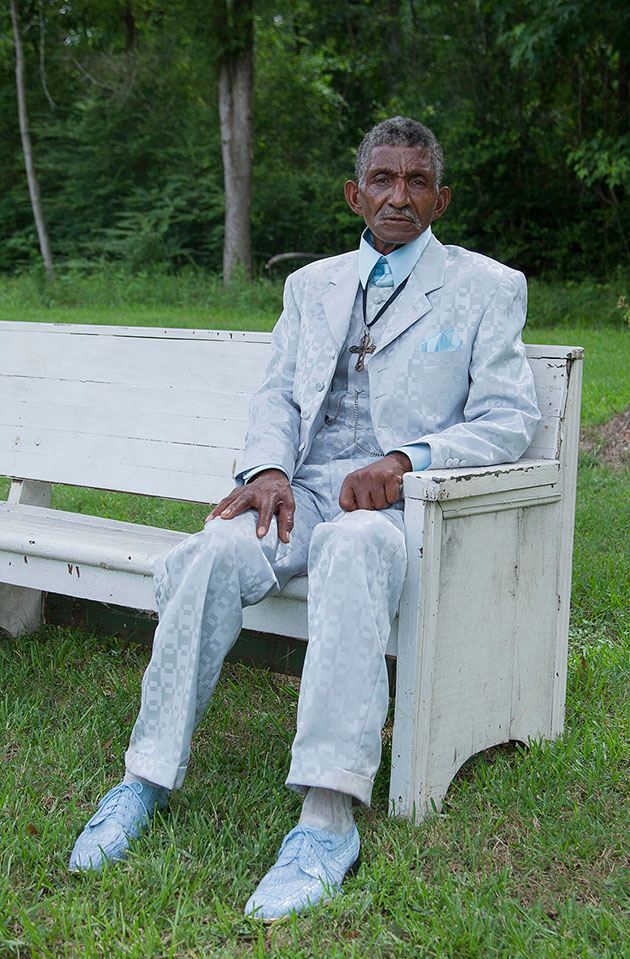 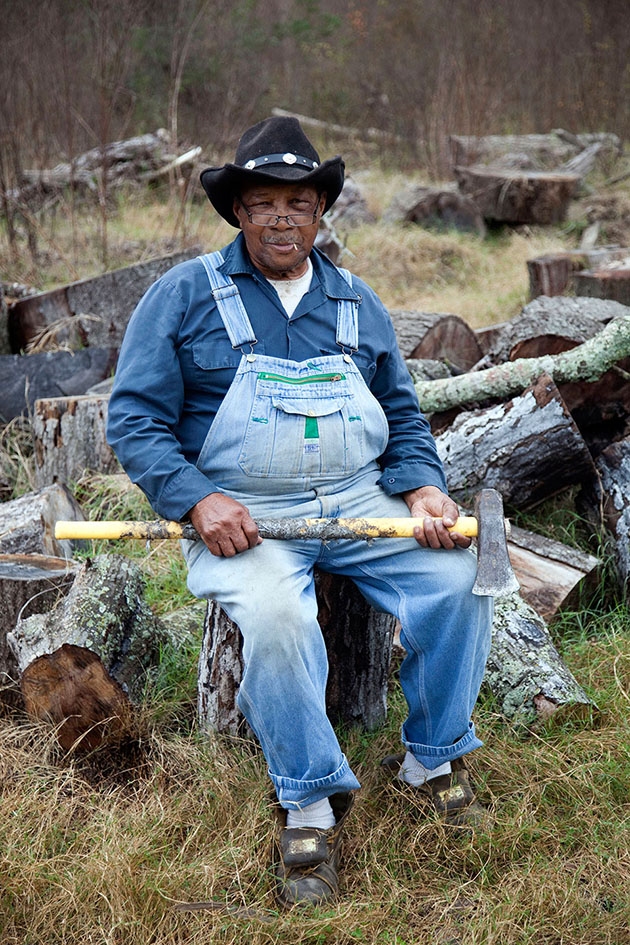 Joe
“Five-fifty a week, that’s what we made cuttin’ wood. We’d cut four cords a day to make that dollar. Times sure could be real hard, and we had many hungry days.” 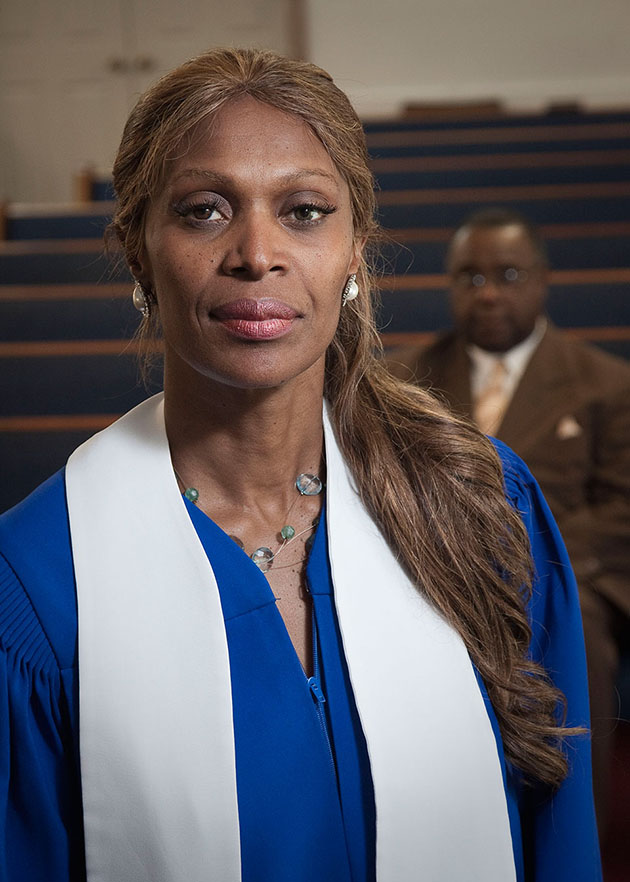 Ruth
Faith plays an important role in Tamina. There are five churches, many of which line the railroad tracks. 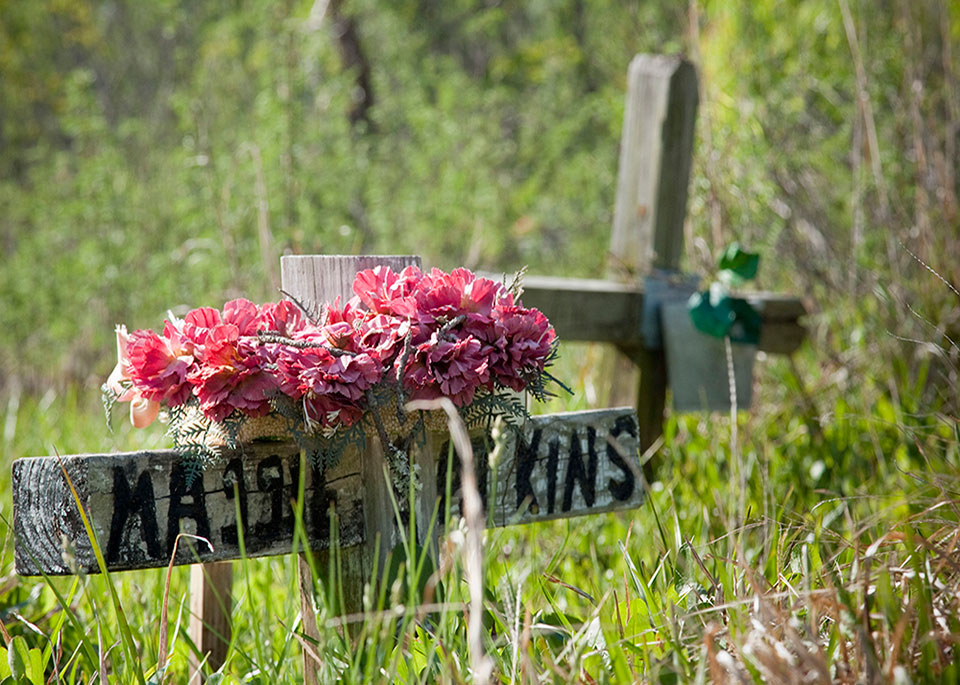 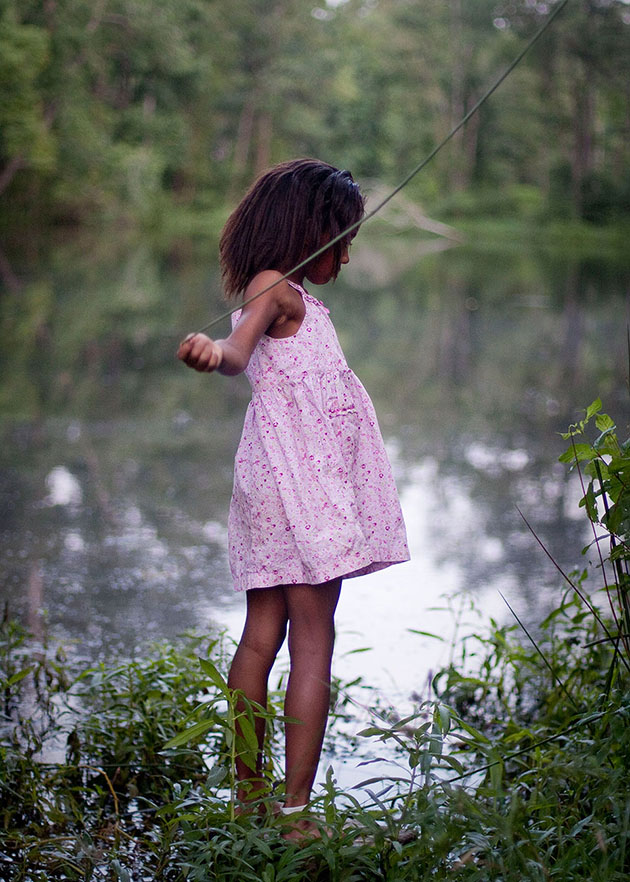 Jada
Tamina has the opportunity to send its children to some of the best schools in the country, thanks to the growth of surrounding cities. But that growth also puts the town at risk of gentrification.

The Ground on Which I Stand: Tamina, a Freedman’s Town
Sam Rayburn Series on Rural Life, sponsored by Texas A&M University-Commerce 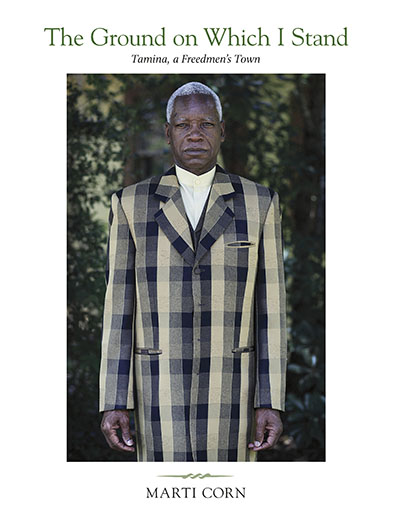