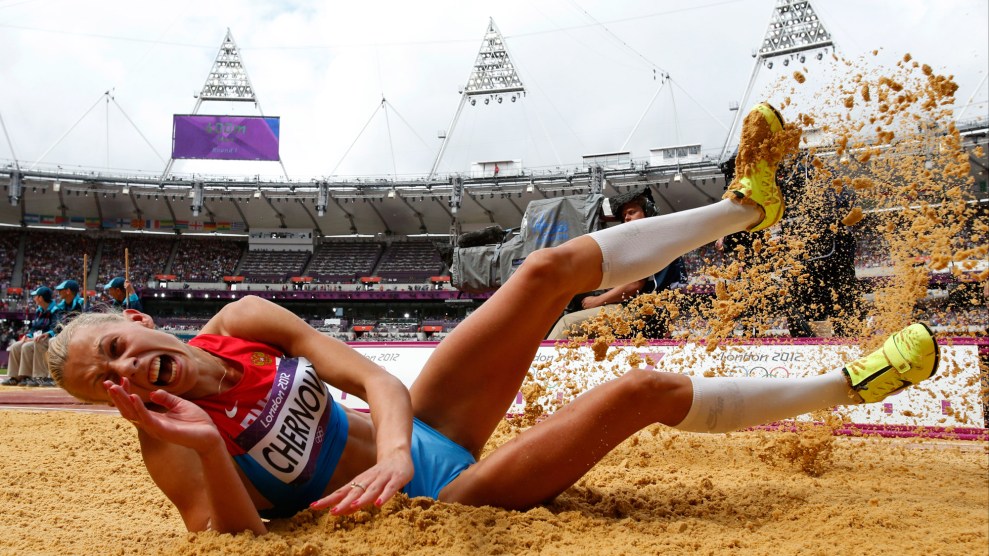 Update, July 19, 11:51 p.m. ET: One day after it vowed to take the “toughest sanctions available,” the International Olympic Committee announced on Tuesday it would explore “legal options” in determining whether to ban all Russian athletes from the Rio Olympics. The committee planned to retest Russian athletes who participated in the 2014 winter games in Sochi, Russia as part of a follow-up investigation. It also refused to organize future sporting events in Russia and to grant accreditation to anyone implicated in the independent investigation.

The World Anti-Doping Agency endorsed barring Russian athletes from international competitions—including next month’s Rio Olympics—on Monday in response to a damning independent investigation that confirmed the operation of a widespread, state-sanctioned doping program during the 2014 Winter Olympics in Sochi, Russia, and beyond.

The 97-page report, released 18 days before the Olympics’ opening ceremony, found that Russia’s Ministry of Sport “directed, controlled, and oversaw the manipulation of athletes’ analytical results and sample swapping.” It details how the state oversaw systematic cheating in 30 sports since 2011.

Thomas Bach, president of the International Olympic Committee, told reporters Monday that the report represented “a shocking and unprecedented attack on the integrity of sports and on the Olympic Games.” The IOC will announce “provisional measures and sanctions” at a phone conference on Tuesday.

Russian President Vladimir Putin said in a statement Monday that the investigation reflected “a dangerous recurrence of politics interfering in sport.” He added that the officials named in the report will be suspended pending an internal investigation.

In May, the New York Times and 60 Minutes first reported on the doping scheme after scoring interviews with Grigory Rodchenkov, former head of Russia’s anti-doping lab in Moscow, and Vitaly Stepanov, who once worked with the Russian Anti-Doping Agency. Rodchenkov told the Times that he covered up performance-enhancing, drug-tainted urine samples for dozens of Russian athletes during the Sochi Winter Olympics under order from Russian authorities. The Moscow lab lost its accreditation on April 15.

In June, the International Association of Athletics Federations unanimously voted to ban Russia’s track and field athletes from competition after initial reports outlined a systemic doping scheme. And this past weekend, a draft of a letter from several anti-doping agencies, including the US Anti-Doping Agency, leaked to the media; it asked the IOC to ban Russian athletes from this year’s games.

Read the McLaren report below: