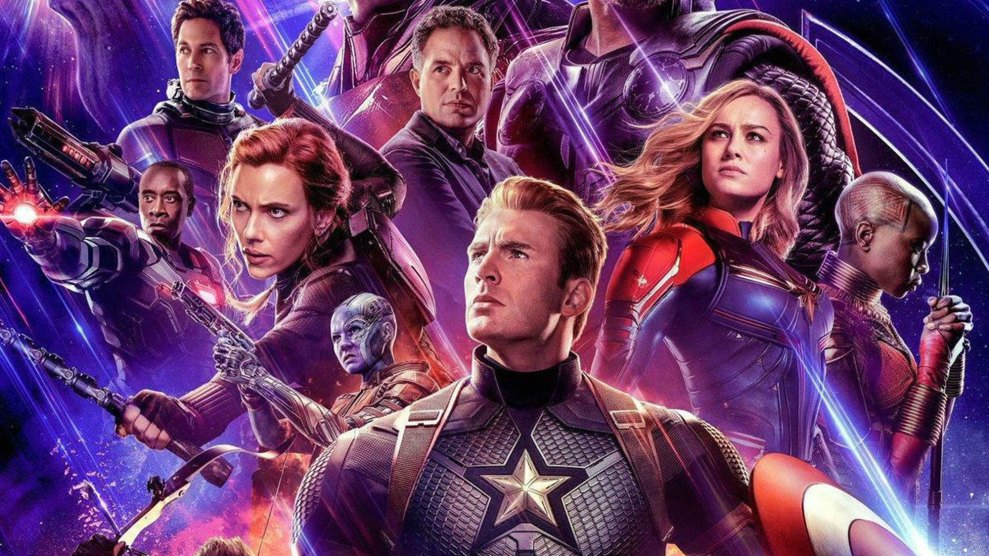 “Your honor, may it please the court, I’d like to state my credentials.

“In May 2018, I, Ben Dreyfuss, acting of sound mind and judgment, and in my official capacity as Mother Jones Editorial Director for Growth & Strategy, attended a screening of the Marvel film Avengers: Infinity War. I did not enjoy this film. Indeed, your honor, I hated it. I hated it in the theater. I hated it when I wrote a review about it. I hated it months later when it came out on VOD and I tried to watch it again. I hated it so much that every time I thought about it, I wanted to run my head into a brick wall until blood poured out of my head, eyes, and nose.”

“Objection! What does this have to do with anything, your honor?”

“I’d ask the court’s indulgence, sir. Just a little leeway. I’ve been up all night.”

“Almost a year later—two weeks ago—the powers that be came to me and assigned me to review the latest Avengers film, Endgame. I was reluctant, to say the least. It’s three hours long, I pointed out. But it didn’t matter. I was told that the readers demanded it. The magazine needed it. I needed to do this for my magazine.

“I requested a ticket to the press screening and was denied. I would have to see it when it came out. This whole thing was turning into a real shit sandwich. So Tuesday comes and the embargo breaks and a whole bevy of film critics publish love letters to this film. But they loved the last one too! Why? Because they’re cowards.”

“Rephrase: Anyone who has been to the hills of movie internet or the valley of film Twitter knows there are many roving bands of extreme fans who rise up like serpents whenever anyone says anything bad about their precious films. The next thing you know, your inbox, your mentions, your mind is full of hate. So many people walk on egg shells around these lunati…passionate people.

“So these critics in LA and NY leave their ivory towers and take their Ubers to their fancy screenings where it’s air conditioned and they get free popcorn and they sip their lattes and then they come out after the film and fill in some TKs and publish glowing reviews. They’d already written them, your honor! They had already made up their minds!

“These people don’t have the moral courage to see the film with the normal people of this country—salt-of-the-earth folk who have to pay for their own ticket and their own popcorn and their own UberPool on opening day.”

“OBJECTION! Counsel is wasting the court’s time! This is a circus!”

(Gasps in the gallery, the opposing counsel slowly sits back in his seat)

“So now, with the court’s permission, I’d like to give my testimony and bear witness to the things I saw last night.”

“Order! Order in the court! Any more outbreaks like that and the bailiff will clear this room! Go on, Mr. Dreyfuss.”

“So, look, the thing with the last one was that it was bad. It was boring. It was lame. They broke all our favorite people into little groups and sent them off into a zillion different storylines and we never spent enough time with any of them to really care. It also was not fun. It was depressing from almost the get-go. It was a sludge.

“When the last one ended, half the universe had died but it was impossible to care since obviously they were all going to come back later on.

“Endgame plays a fun little game on you in the first 10 minutes and that twistaroo sets the tone going forward. It’s a different film. It’s a fun film! It’s a self-aware film! It may be the finale of a 22-film extravaganza, but it isn’t a somber dirge. It’s a rollicking wake!

“I don’t want to say much about the plot because it’s too easy to spoil but it avoids so many mistakes of Infinity War. Yes, the team gets broken up, but because half of them are dead the team is smaller so we have more time with the various cells. Captain America and Iron Man are the heroes here and we get to spend enough time with them to really connect with their journeys. The rest of the survivors are also around but they don’t monopolize the time.

“And it pumps you up for the future of the Marvel Cinematic Universe. Brie Larson’s Captain Marvel appears in the film sporadically and is used in ways that are at times frustrating but her performance is so winning and her character so intriguing that it’s impossible not to be jazzed about an Avengers: New Class led by her.

“Brass tacks: This is the best superhero film I have ever seen.

“In my review of Infinity War, I wrote this about the filmmakers:

Tough job! Hard ask! They had an arguably impossible mission. But the thing about impossible missions is that sometimes people do them. That’s what Apollo 13, Zero Dark 3o, and Mission Impossible are all about. Warner Brothers pulled off a very similar thing to what Marvel attempted here with the final Harry Potter movies. It’s very disappointing that this didn’t work out as well—or at all.

“I stand by this—and think the comparison to Harry Potter is still apt. The only other franchise-enders that really make good on your hopes and dreams are the two Deathly Hallows.

“Infinity War was awful, but if it was the cost of setting up Endgame, then it was worth it.”

“Objection! Your honor, this is a criminal proceeding! What does any of this have to do with Mr. Dreyfuss’ being caught red-handed with 65 more walleyes than the state of Michigan allows?”

“Absolutely nothing. Mr. Dreyfuss, I sentence you to 60 days in jail…”

(Dreyfuss’ fiancée gasps from behind the defense table)

(The gallery erupts in applause, Dreyfuss jumps up, twisting in the air)

(He kisses her. It’s Marisa Tomei.)

(Turns to the judge)

“Judge, will you marry us?”